At the beginning of spring 2015 we asked our alumni about their experiences of working at the Saari Residence and how working at the residence has affected their own work and career over the longer term. We received plenty of interesting responses.
Photo: Heli Konttinen

The Saari Residence for artists and researchers launched its operations in 2008 and now is the time to evaluate the impacts of its operations over almost seven years. With “impacts” we mean desired change. It is the results of purposeful operations, doing the right things correctly, achieving the set targets and implementation of focus areas.

Vision and its implementation

When residency operations were launched, the Board of the Saari Residence defined the vision for 2015 as follows:

“Saari Residence is a cultural centre that is known in Finland and internationally where researchers and artists in various fields want to come to work, because

The Saari Residence interacts on the local and regional levels.”

The plan is to evaluate this local and regional interaction later, but for now we have just evaluated the way in which the vision has been fulfilled in the other areas. Responses to the question have been gathered over the years with the accumulated feedback forms and the responses to the questionnaire that is sent to alumni. 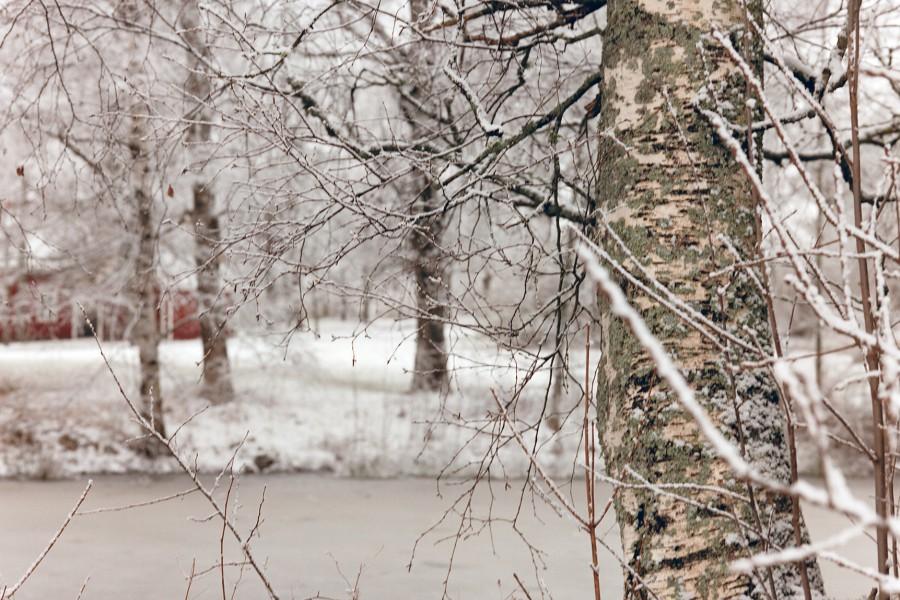 Peace and quiet for concentration

According to the vision, it is possible to concentrate on creative work in peace at the Saari Residence. The responses on the feedback forms show that this goal has been achieved almost entirely and it is also frequently mentioned in the questionnaire that is sent after the residency is over. Being able to leave behind daily responsibilities and hectic urban life gives the artists peace to work, and this experience is, very often in the respondent’s opinion, intensified by the surrounding nature and the soothing effect of spending time outdoors: “The positive things were having enough time to concentrate on my project with no distractions, and due to the characteristics of the project, the environment, the fact of being be the middle of nature, surrounded by forests and a natural reserve.”

However, not everyone felt that they had enough peace and quiet. A few of the artists who have worked in the studio next to the communal kitchen have felt distracted and not everyone is as enthusiastic about participating in various group activities: “I felt I would have needed more space and time alone. For me there were too many residents and I had difficulties concentrating as much as I would have liked on only painting.”

An unexpectedly large number of responses provided on the feedback forms and questionnaires mention that the respectful and helpful attitude of the members staff was a positive part of the residency experience. The respect for creative artistic and research work that is part of the Saari Residence’s values was also noticed and appreciated: “— I felt that the atmosphere at the residence was almost empowering and I think it might be quite unusual to experience such respect in my own work; this came across in the attitude of the staff to artistic work, peace and quiet and to the artists.”

The responses to the question asking whether the Saari Residence offered enough peace and quiet for work prove that one of the goals of the operations has been achieved. The responses also convey information about impacts: a peaceful work environment is necessary in order for a work of art to be successful. It was apparent that the majority of those who had replied to the questionnaire felt that it was precisely their artistic work that they were able to do better, in a more focused way and with better results than normal in their everyday life. Thus, successfully offering peaceful surroundings for work has promoted the impact of the Saari Residence’s operations.

Saari Well, i.e. interaction with other artists and researchers

Though artists come to Saari primarily to focus on their own work, when they leave they often tell us how surprised they are at how rewarding interaction with other artists and researchers has been and how important the rest of the group was during the residency period. The same can be seen in the responses to the sent questionnaire: “I feel as though the residency period has been one of the most important events in both my artistic work and also my personal life over the past decade. The interaction during the residency and the conversations with artists in various fields expanded my outlook and ideas about art, and it also reinforced my own identity as an artist.”

Based on the responses to the questionnaire, it is possible to conclude that, for many, the contacts made at the Saari Well have turned into permanent networks, and that the members of these networks are still in touch with each other, professionally and as friends. The Saari Well may also increase interest in other fields of art and their practices, and have an impact on the willingness to work in the borders between artistic fields. “I believe that I will cooperate with artists from other fields of art. Now I regularly at least meet artists from other fields and there is now a dialogical connection. I believe that this will lead to joint projects and application for shared grants.”

Concrete projects that cross the borders between fields of art are also launched at the Saari Well and result in multidisciplinary works of art, for example: “A pile of frames is a series of movement and vocal sound pieces about frames, a pile and repetitions in the format of a concert by Dirk Huelstrunk and Milla Koistinen. It consists of short, structured improvisations and will be approximately one hour in total. The languages involved are German & English, but the use of words is minimalistic and it is sound oriented, so the project can be understood internationally. The project was initiated at the Saari Residence.”

However, many of the artist’s think that their work comes before other priorities and clearly before interaction and networking: “Concentrating on my own work was more important to me than networking. I think that the residency was the perfect place for this.”

Career progress and development as an artist

The answers to the question When assessed now in retrospect, did your residency at the Saari Residence have any significant effect on your career development or artistic work? in the questionnaire sent to alumni provided many types of perspectives on the impacts of the Saari Residence. It was to be expected that many were of the opinion that the residency was a merit in itself and a good thing to have on the CV. “I believe that the residency place granted by Kone Foundation and the related monthly grant have been and will be a merit that will make it easier for me to be selected for new residency places and grants.”

The significance of the residency period for strengthening an artist’s identity and boosting confidence were highlighted most clearly in the replies. Some found the fact that they were even selected for a residency enough to strengthen their identity: “For an author in the early stages of a career, being accepted for a well-known residency was an acknowledgement that gave me confidence in my own artistic work.”

The residency might have taken place at a time when an artist is going through some sort of period of change or even a crisis in the artistic work and identity, or at a time when professional confidence is low, and the residency period might help the artist to progress to a new stage in respect to artistic identity and artistic work: “The residency period happened right at the time when my professional confidence needed a boost. I was writing an extensive piece and the residency and related grant were important for this. It was probably the first or second grant that I ever received. Some kind of starting shot to become a more professional author?”

According to the respondents, interaction with other artists and the related feeling of belonging to a community of artists has often strengthened the artist identity: “The experience of the residency period and the newsletters and invites to the harvest festival that are sent afterwards can also create a feeling of belonging to the artist community, which has a significant impact on artist identity and coping with work.”

Some responses referred to a deep change in the personal artistic work. Responses like the one below prove that there is something very important about the impacts of the Saari Residence’s operations:

“The period of work was very significant and it already changed the way I work during those two months, and then also afterwards. My methods of work have become much clearer and I am now more focused on my work in the hectic urban environment where I often have many projects on the go at one time.”

“My residency supported my artistic processes of renewal in a very important and far-reaching way. At the residency, pieces that came about spontaneously prompted a new way of doing things: they gave me confidence to broaden my repertoire of methods into a more diverse direction.”

“It was an important time to stop and think about which direction my artistic work was headed in. It was also a very rewarding time for developing and understanding my own way of working.”

Observing other artists working and working together with these artists can expand working methods. “I was able to observe very closely how other artists and researchers functioned in their practices. This has enriched my own work.”

Though many felt that the residency period had a positive impact on their own artistic work this was not always the case. However, the residency was not a complete waste of time: “I doubt it had a significant impact. But I was able to get on with my work really well in the peace and quiet of the winter darkness.”

All in all it can be concluded that operations at the Saari Residence have had an impact on the artistic identity and career development of the artists who have worked at the Saari Residence. The residency place in itself, the opportunity to take time to reflect on artistic identity and discover new directions for activities and learn new ways of working all have an impact on artistic identity. Being a part of the Saari Residence’s artist community and interaction with other artists may also reinforce an artist’s identity. According to the responses, the merit of being awarded residency place, the work done at the residence and the networks created there all promote career development. 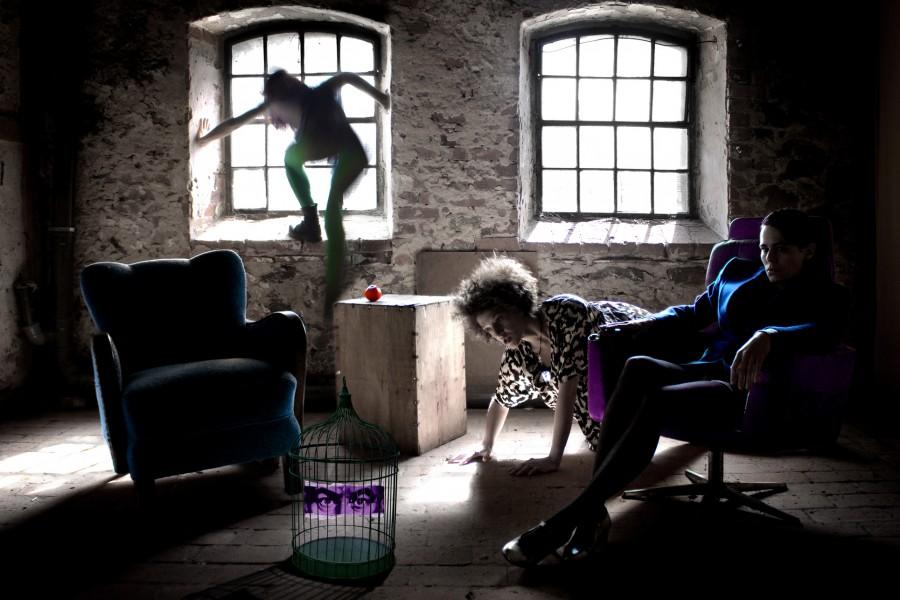 Achieving goals and elements of the operations that promote impacts

The responses on the feedback forms and questionnaires provide the opportunity to consider which elements of the operations have promoted the achievement of goals and impacts.

First and foremost, the most important resources for achieving the results seem to include the surroundings at the Saari Residence: the manor’s beautifully restored buildings and natural environment, and the workspaces provided for the artists ensure peaceful surroundings for work. In contrast, the communal areas promote interaction and group dynamics and thus the creation of an artist (-researcher) community. The helpful, respectful and encouraging members of staff help to ensure that the peace and quiet is not disrupted and that groups interact. The Saari Well operations offer an important tool, which provides good examples and encourage interaction between two or more people among the residency guests.