The 2020 residencies for Saari Residence have been awarded

In 2020, the residents at Saari Residence will include, for example, Finnish artist Perttu Saksa, Nigerian author Ayòbámi Adébáyò, and the working group Transcestors, which specialises in performance art. In their artistic work, these artists will examine, for example, the relationship between humans and the environment, memory diseases and the associated feelings of loss and sorrow within the family, and issues concerning gender and a non-gendered and multi-species body. 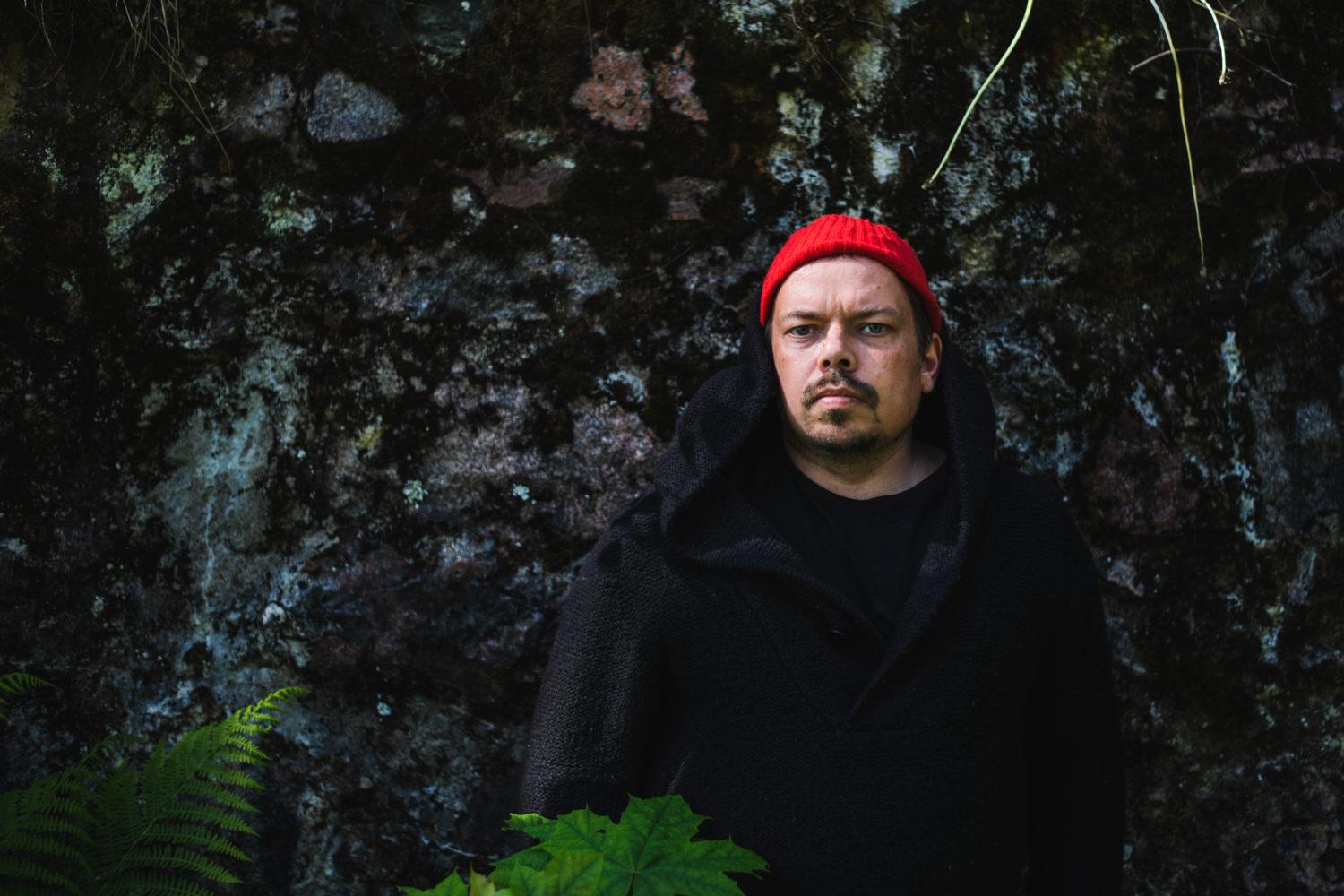 Helsinki-based artist and photographer Perttu Saksa will be working at Saari Residence in the spring of 2020. During his residency, he will focus on a series of composite photographs depicting natural elements, objects that balance between the organic and inorganic.

“The objects of my work are nature’s cycles, decomposition, dust, death, natural light. Through my work, I approach the changes in my own environmental perceptions, nature as a representation behind a living relationship with it,” Saksa says.

He explains that one of the most important things we can do right now is completely redefine our relationship with the environment. As a creator of images, Saksa wants to challenge the flood of images prevalent in our time and redefine the way we look at nature and create images.

During his residency, collodion wet plate technology will be his working method. This photographic method, developed in the 1850s, involves the use of a glass plate as the film, which is sensitised to light with silver nitrate, exposed, and then developed while the plate is still wet. Saksa feels that this arduous and error-prone technique, along with a wooden camera that weighs dozens of kilos, have provided him with a path to calmness and transport him to a more humane and organic way of working.

“This technique has carried me towards an image where the chemical phases and time required by a photograph are present in a concrete way. They breathe and spill in visual tracks and smudges, concrete signs of time and light on the surface of the photograph. The technique involves a lot of errors that limit expression, such as runoffs, incorrect temperatures and chemical impurities. I have welcomed these technological limitations, used them as the subject and, in this way, made the process of viewing visible,” he explains. 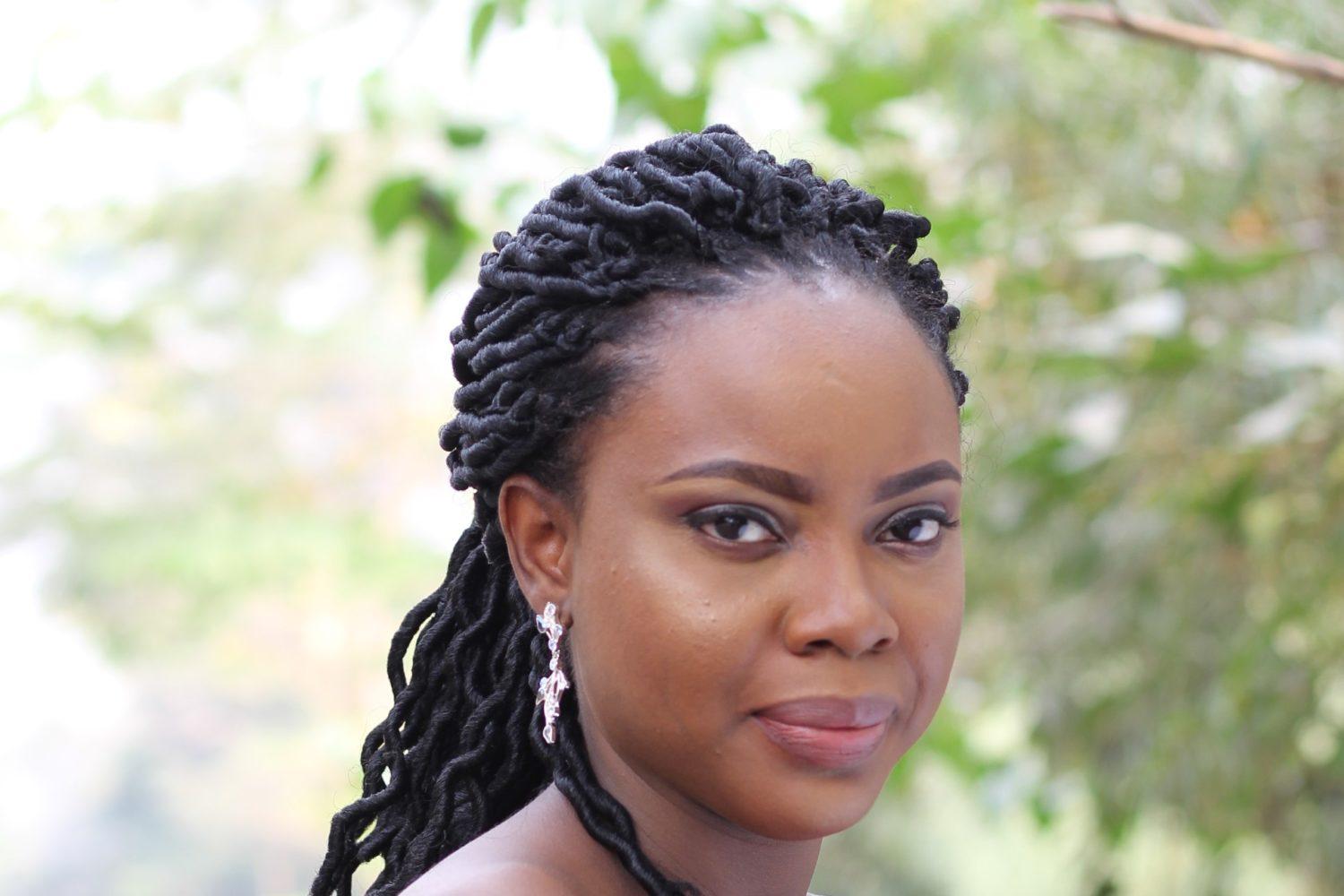 Ayòbámi Adébáyò examines sorrow and loss in her new novel

Nigerian author Ayòbámi Adébáyò will work on her third novel at Saari Residence. Her first novel, Stay With Me (Canongate Books, 2017), was published to critical acclaim and has been nominated for several awards, including the 2017 Baileys Women’s Prize for Fiction, for which it was shortlisted with six other books. Its publishing rights have been sold to 13 countries. She has also published short stories in magazines and anthologies.

In her novels, Adébáyò examines Nigerian culture and its traditional concept of family. At Saari Residence, she will be working on a novel that explores the inner problems and the sorrow and loss a Nigerian family faces with the impending death of their aging mother, as told through the relationships of the siblings. In this new book, Adébáyò also highlights the way boys are favoured in Nigerian families and the negative feelings this evokes in girls.

“Tentatively titled The Daughters, the novel’s primary preoccupation will be with four sisters who take care of their aged mother as she succumbs to a terminal illness. I look forward to the privilege of interacting with groundbreaking artists while in residence,” Adébáyò says. 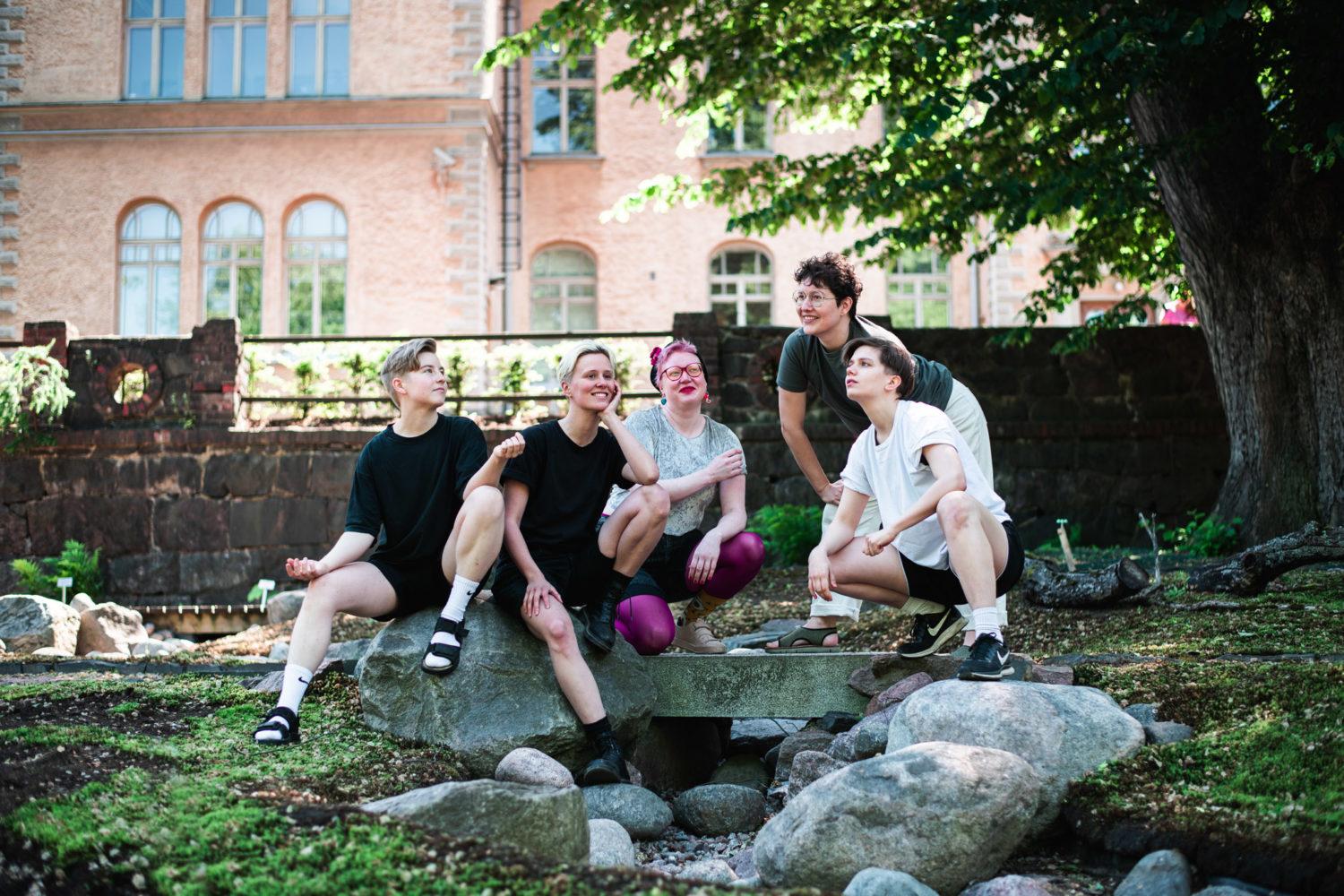 The Transcestors group asks whether history can be redefined

One of the working groups to arrive at Saari Residence in the summer of 2020 will be the group of five known as Transcestors. The Transcestors will be working on a new performance by dramaturge Elina Minn, along with performance artist Ana Teo Ala-Ruona and their working group (Alvi Haapamäki, Satu Kankkonen and Eeti Piiroinen). It will be a speculative and trans-feminist fantasy of a prehistoric body. The group works in the middle ground between performance art, performance, writing, radio play, visual art and dramaturgy.

The Transcestors explore evolutionary prehistory and strive to find kinship in early forms of life. In addition to the historical, ecological and evolutionary perspective, the themes of celebration, enjoyment and joy will be at the centre of the performance. Using LARP (live action role-playing games), celebration and bodily methods, the working group will examine what a prehistoric non-gendered and multi-species body might have been like and how it feels to incarnate it in the modern era.

“We want to ask how our history could be rewritten and understood in a way that doesn’t recognise the binary concept of gender or strengthen the traditional cisgender and heterosexual norms, how an interpretation of the evolution that emphasises trans-, inter- and non-binary species could create more inclusive futures,” the working group explains.

Peace for work and interaction

Saari Residence for artists and researchers is intended for Finnish and foreign professional artists, translators, curators, critics and groups of artists from various fields. Residencies are available to individual artists and groups of artists. During an individual residency, an artist works at the residence for two months. During a group residency, working groups of all disciplines work for two to four weeks at a time between May and August.

From September to the end of May, eight artists and the Saari Invited Artist will live and work at the residence. During each individual residency, one researcher funded by a Kone Foundation grant will also work at Saari Residence. The artists and researchers are encouraged to interact and share their thoughts with each other during their residency. At best, this can lead to new and surprising forms of cooperation. The artists have access to a number of workspaces, including a dance studio and writing studio, which enable various types of artistic work.

Saari Residence is maintained by Kone Foundation, whose goal is to advance bold initiatives in research and the arts. At a meeting held on 6 June 2019, the Board of Trustees of Kone Foundation decided who will be awarded a Saari residency in 2020.