The history of Lauttasaari Manor

Kone Foundation’s move into the mansion in 2018 signified a new phase in the rich history of this building, completed in 1837, and the oldest building in Lauttasaari, the Red Villa, dating back to 1791–93. 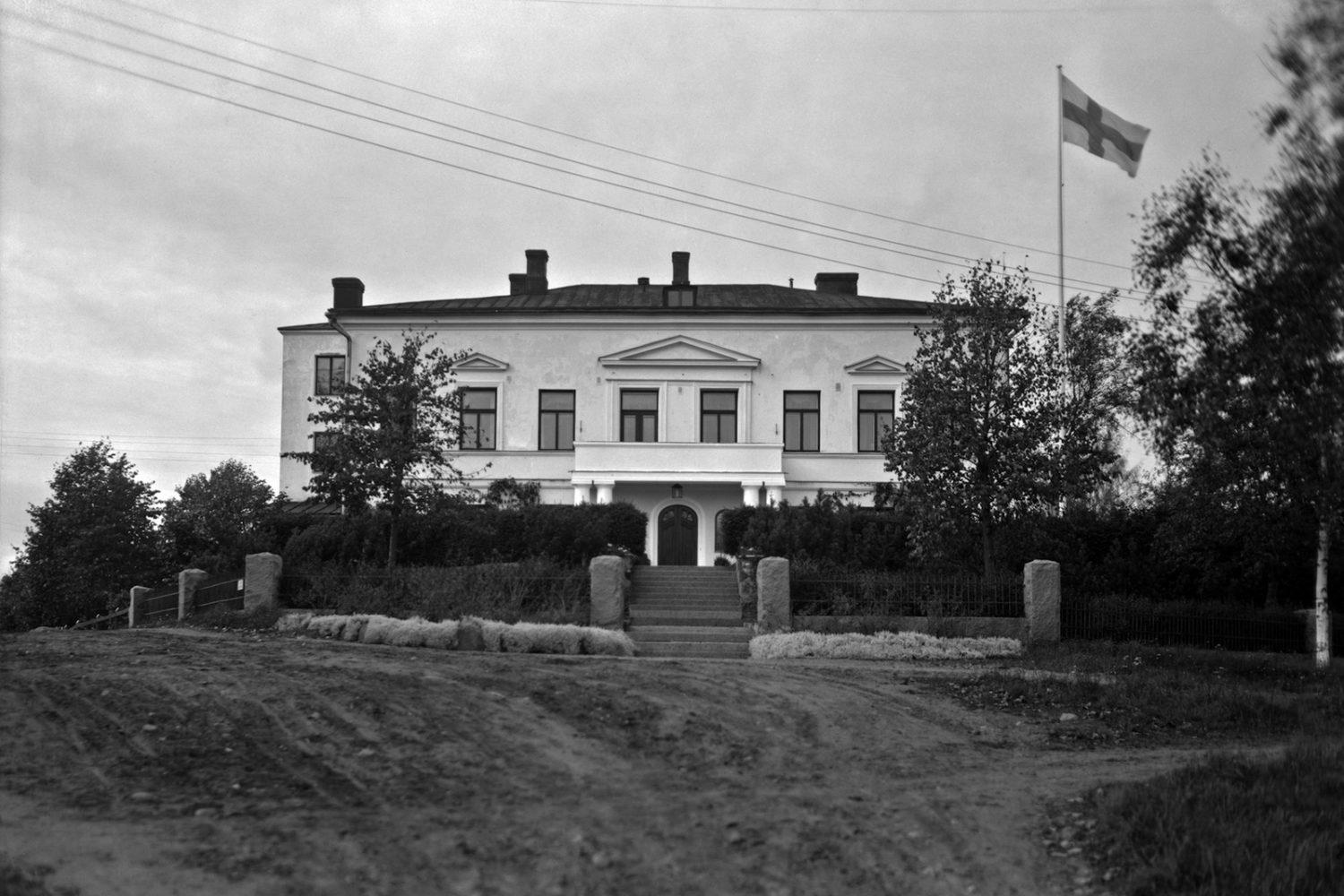 Lauttasaari Manor and its new main building soon changed owner again in 1839 when it was bought by surveyor Nils Siljander. Its next owner was Russian-born merchant Ivan Wavulin who bought the manor in 1871 and settled there with his family. During the time that the Wavulins lived here, the Helsinki gentry began to build villas in Lauttasaari, mainly along its shores. The first plot was sold for this purpose in 1873 but the actual land parcelling didn’t begin until 1895. While Wavulin was the mansion’s owner, plots were both rented and sold.

In 1905, Julius Tallberg bought the Hjördishem and Sätra plots on the northern slope of Kotkavuori from Wavulin. The old plot division is still partly visible because the rental agreements extended to the 1940s. Tallberg bought the mansion itself and its remaining land in 1911. While Julius Tallberg lived here in the early 1920s, the mansion’s main building housed a café, among others. His son Gunnar Tallberg moved into the building in the 1920s and had the building renovated.

The manor park was designed by Bengt Schalin in 1921, one of the leading designers of the era in Finland. The garden design of the Lauttasaari Manor represents a typical garden for a burgher villa or manor of this era.

In 1946, Julius Tallberg’s daughter-in-law, Clara Tallberg, sold the manor building to Allergiatutkimussäätiö (The Foundation for Allergy Research). In 1954, the manor was converted into the Finnish Red Cross’s hospital. The City of Helsinki bought the manor from the Finnish Red Cross in 1978. In 1980, the manor became a nursing home for elderly people suffering from memory loss diseases and served as such until 2012.

Kone Foundation bought the manor and the Red Villa in its courtyard from the City of Helsinki in the autumn of 2015. The Red Villa dates back to 1793 and is the oldest building still standing in Lauttasaari. The Lauttasaari Manor area is a historically layered place with great cultural, historical and architectural value. In the local master plan, the area has been defined as valuable and it is also protected under the city plan. This protection applies to both the buildings and the environment.