This summer, you can find artist Henriikka Kontimo’s inclusive installation “What are we talking about when we talk about nature” (2020) on the Culture Trail by Mietoistenlahti bay, located between Saarenrantatie and the Vasikkahaka birdwatching tower.

The Culture Trail was designed and is maintained collaboratively within the project Mietoistenlahti – Experiences in Nature for Everyone by Kone Foundation’s Saari Residence for artists and the Association for Nature Conservation in Mynämäki Region. This recreational route is open for everyone. Every once in a while, the works of artists who have worked at the Saari Residence are displayed on the Culture Trail. The work of art currently presented on the trail can be viewed until September. The official opening of the Culture Trail scheduled for this spring has been postponed until the autumn due to the coronavirus pandemic. We will announce the exact date and time after it has been confirmed.

The work of art has been placed on the edge of a meadow along the path and consists of a wooden bench, a letterbox and questionnaires inside the box. Viewers are invited to open the letterbox, take out a form, pen and writing pad, and sit down on the bench to fill out the form. The form, entitled “Welcome to a journey towards a high-quality relationship with nature”, contains 44 questions about the viewer’s relationship with nature, as well as additional information through which the viewer can mirror their own relationship with and perceptions of nature.

In this work, Henriikka Kontimo draws a parallel between how we talk about nature and how we talk about a significant human other. She claims there are a lot similarities in the ways we talk about these two types of relationship. A person’s relationship with nature often resembles their relationship with another being, even though nature is not a single being. Whenever various experts and the media talk about romantic relationships today, a common topic is the necessity to continuously develop and maintain the relationship. Between the lines – or directly – they indicate a pattern that a high-quality partnership and the work to develop it should follow. 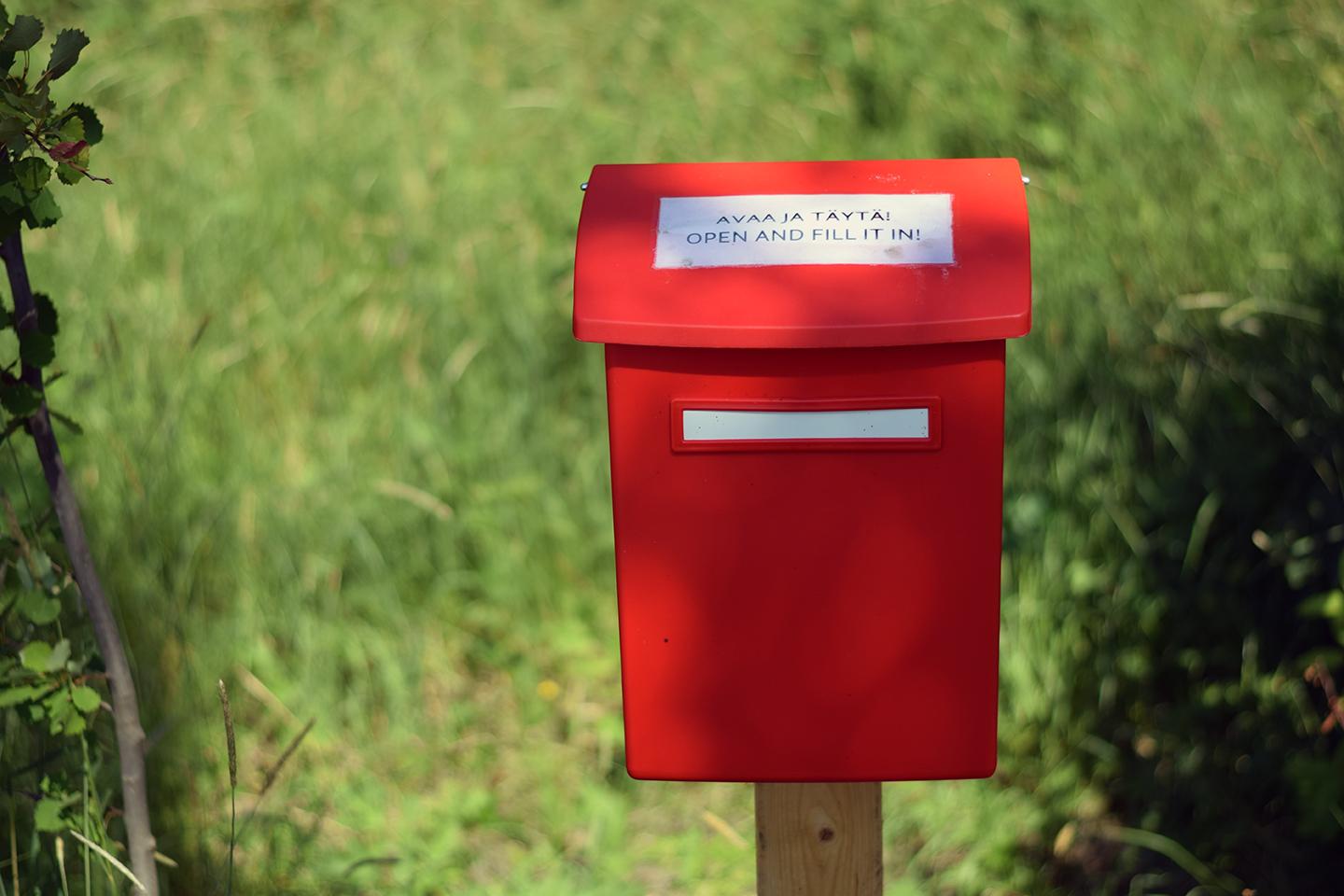 Kontimo has reflected on the relationship between nature and humans in several of her works. She claims that nature is today often discussed primarily through ecology as an environment and an ecosystem. However, dialogue about nature based solely on an approach focused on the natural sciences does not always resonate with people on an emotional level. The role of a nature lover can seem narrow and nature can seem distant or boring. A person’s relationship with nature can appear primarily a moral duty, instead of a way of being that brings pleasure. As an artist, Kontimo is interested in exploring how to approach nature in art in such a way that it stimulates thinking and also touches people on an emotional level.

Henriikka Kontimo (born 1981) is a Finnish artist who graduated from Uniarts Helsinki and specifically its subject area of Time and Space Arts in 2008.
She is currently studying cabinet making at the Ikaalinen College of Crafts and Design. Kontimo worked at the Saari Residence from September to October in 2019.