Kone Foundation fosters freedom in research and the arts. What does freedom enable for artists and researchers? What were the projects funded by the Foundation trying to achieve and how, and what was the result?

The Academy of Moving People and Images opens doors to the film industry for people in Finland who have different backgrounds. At the same time, this will result in more diverse offering on the big screen.

What is it all about?

The main objective of the Academy of Moving People and Images is to gradually make the film industry more open to filmmakers from different backgrounds.

The idea of multivocality defining AMPI’s activities becomes clear upon meeting them for an interview. Altogether 11 members of the AMPI community have made it to the meet-up.

Erol Mintaş is the founder and artistic director of AMPI, and Helen Aleksandrova, now working as coordinator for AMPI, was one of the participants of the very first test workshops in 2018 and of the first generation of the programme. Samuel N. Boateng, Khanh Ngo, Kardo Shiwan, Teresa Siltanen and Mariia Solodiankina are all students of the current generation. Jerem Tonteri is lecturing in film editing, Salla Sorri in directing and Aino Suni in scriptwriting, whereas Riikka Kuoppala has been assisting the film academy in financial and legal matters.

“There is a lot of talk in the industry about the need for more films about women’s lives, for example. And along this, I don’t think it’s simply a question of what the subject matter is. What matters more is who is making films,” says Salla Sorri, one of the teachers, also lecturer in documentaries at Aalto University.

“I think, too, that it is more about who has the resources, who gets the platform and who can tell their story. There is a lot of will in the industry to make it more diverse, but not that much knowledge on how to do it. So I was very happy that I got this opportunity to be part of the change”, Aino Suni, AMPI lecturer in scriptwriting, adds. 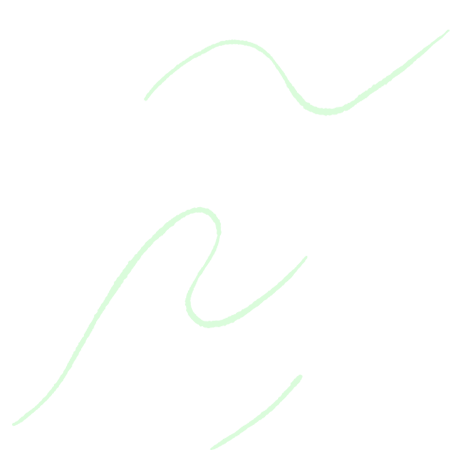 “We are happy to have been able to come in through the kitchen.”

Learning by doing together

During the training, participants will learn by doing, each of them writing and directing their own short film under the guidance of professionals.

Yet, none of the participants will focus only on their own film, but will also work on each other’s projects. As a group, they will be responsible for all stages of the filmmaking process, each working in different roles in different films.

“We want the participants to experience all the aspects of filmmaking. On the other hand, creating a culture of co-learning and co-creating is an integral part of the programme. This approach helps us to focus on togetherness and community. A part of the subtle agenda here is, of course, to work with respect and get rid of the ego,” laughs Mintaş.

The teachers are experienced professionals from all areas of film production, from scriptwriters and directors to lighting designers and sound engineers.

At the same time, AMPI brings more diversity into Finnish film production. Knowledge and experience are not only shared by professionals working as teachers – it works both ways. The teachers also learn new ways of thinking and working.

“In through the kitchen”

One of the resolutions that has significantly shaped AMPI has been the decision to operate without premises of its own. All teaching takes place in the premises of its partners.

For AMPI participants, sharing facilities with professionals already working in the film and culture sector is a great networking opportunity that is important in this largely network-based audiovisual industry.

On the graduation films, the academy also collaborates with students from the Helsinki Vocational College and Adult Institute, Stage and Theatre Technology / Make-up, as well as with composer students from the Sibelius Academy at the University of the Arts Helsinki.

Samuel N. Boateng, who was admitted in 2021, is grateful for the academy for these connections.

“It’s important that we get to know the gatekeepers to the sector during our studies. AMPI has opened doors for me, and that will be more valuable than anything for me going forward,” he says.

“Without the connections, it can feel very intimidating to contact, for example, the directors of different institutions,” Khanh Ngo adds.

Mintaş explains that the intention was never to create a separate institution, but to challenge existing organisations and structures to open up and take responsibility for the change that is needed.

“We are happy to have been able to come in through the kitchen and sit literally at the same table, which ensures that sharing actually takes place. Without sharing, the burden of integration is left on the participants’ shoulders which creates more stress and anxiety,” says Mintaş.

Alongside the training, the Academy of Moving People and Images has also created other operating models that contribute to diversity in the film industry.

Helsinki International Film Festival – Love & Anarchy, Finland’s largest film festival, presented the first Moving People and Images Award in 2021, at AMPI’s initiative, to a filmmaker who has emphasised the importance of diversity and inclusiveness in their work.

In addition to receiving a financial production grant, the winner is invited to meet producers from AVEK and Yle, who in this way commit to making room for new voices in the Finnish film industry.

Another ongoing partnership with the Finnish Film Affair (FFA) is the Moving People and Images Residency where FFA is providing an industry residency scheme for a promising filmmaker selected among AMPI alumni. The recipient of the first residency was Roxana Sadvokassova. After the residency, she shared her experiences and learnings in a presentation to the wider AMPI community.

The collaboration resulted in an invitation to participate in the European Film Market’s Fiction Toolbox programme, and AMPI alumna Jelica Jerinic was selected to go along. The Toolbox programme aims to strengthen the commercial skills of filmmakers working in fiction by providing them with business tools and contacts. This collaboration was sponsored by AMPI’s collaborator Goethe-Institut Finnland.

“AMPI has created a culture of care. In practice this means support in various everyday situations.”

“My experience is that AMPI has created a safe space for us students that supports the freedom to create. Because the set-up isn’t competitive and you can trust each other, you can develop your ideas freely,” says Mariia Solodiankina, one of the students who started at the academy in 2021.

“As an AMPI member, it is really important to think a little wider and further to consider how we can maintain a sense of freedom and security as artists. AMPI is making history, and that means change is an ongoing process that requires time and resources. Otherwise, it is gonna be a bumpy ride, not smooth sailing,” says Kardo Shiwan.

“As an AMPI alumna and participant of the first test workshop in 2018, I can agree on what has been said about the nourishing and supportive environment. Now working on ‘the other side’ of AMPI as a coordinator, I experience the freedom that surrounds the working environment. I do not have to ‘trim’ my personality and perform a ‘serious’ role now, I can still be me. I think that is the key to good community building: trust, support and freedom in all tasks, from creative to administrative ones,” Helen Aleksandrova continues.

“I have noticed that AMPI has created a culture of care. In practice this means, for example, supporting programme participants in various everyday situations. We have taken care of residence permit applications and made sure a student’s bank connection to their account abroad works,” says Riikka Kuoppala who has assisted the film academy in financial and legal matters.

For a creative worker, like anyone else, the prerequisite for freedom is that you have, at the very least, the basics in place in your life,” Kuoppala sums up.

“The Finnish Film Foundation is the biggest provider of support for Finnish films. That support is only given to professional productions, and pathways to becoming a film professional in Finland are limited. AMPI (Academy of Moving People and Images) is a valuable addition to the available film education and has clearly met a demand.

We want to be closely involved with filmmakers right from the early stages of their careers. That cooperation has included providing premises for AMPI’s courses, and we hope this has made it easier for students to gain access to our services.

We also want to challenge production companies to be open-minded and to employ film makers from diverse educational backgrounds. Issues of diversity and inclusion have been very prominent in the industry, and bodies such as AMPI have been enablers of that change. There have been several success stories in the audio-visual sector in recent years that would have been impossible without the voices and stories of a multiplicity of contributors. But there is still more than enough left for all of us to do.

AMPI has achieved a great deal in just a few years! It will be exciting to see everything that those who have taken part in the programme will bring to Finnish film.”

Marjo Pipinen is Communications Specialist and Jaana Puskala Head of the International Department at the Finnish Film Foundation.

members in the working group

short films of which 7 in production

partners in the field of arts and culture