Kone Foundation fosters freedom in research and the arts. What does freedom enable for artists and researchers? What were the projects funded by the Foundation trying to achieve and how, and what was the result?

What can a social media-savvy hiker do for nature conservation? An interdisciplinary group of researchers funded by Kone Foundation mined social media channels for insights into what activities people do in nature. Understanding nature lovers helps decision-makers make better decisions for both nature and people.

What is it all about?

Social media helps to understand what draws people to nature

The aim of the project was to produce new information on the use of social media data in research related to nature conservation.

The project explored the possibilities and limitations of using data mined from social media platforms, such as biases typical of social media data. It is for example known that not all hikers post on social media.

The project also researched how the data analysed using the methods developed in the project could be utilised to support, in particular, the planning of the recreational use of nature sites and nature conservation.

In particular, the project focused on how information extracted from social media platforms could help us to understand what draws people to nature and, at the same time, the consequences of the recreational use of nature. 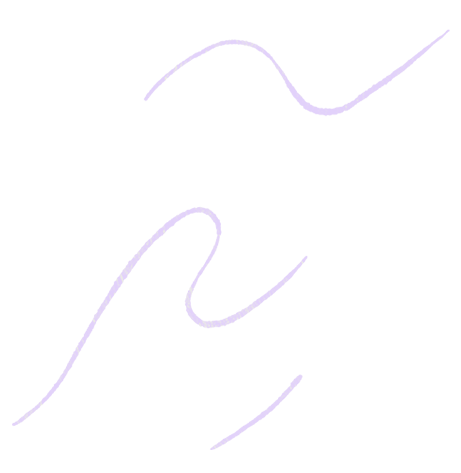 On the trail of digital footprints

Today’s hikers often leave a digital footprint. People carry their phones, along with various social media apps, in their pockets both in urban green spaces and national parks.

Updates shared by ordinary users on social media are valuable data for researchers. However, extracting vast amounts of data requires a thorough understanding of both methods such as AI and the use and content of social media.

Data for the project was collected using online data collections from the photo-sharing services of Flickr and Instagram, and the social networking service Twitter. Towards the end of the project, other data such as mobile phone network data were also included.

Geoinformatics, spatial analytics, language technology and computer vision were used to analyse the data collected from the platforms. This made it possible for the project’s doctoral researcher Tuomas Väisänen, for example, to combine geographic information with text and image content.

When it comes to the recreational use of nature, social media data meets a wide range of information needs.

The data made it possible to identify, for example, the routes taken by hikers and thus where and when there is a particularly large number of visitors, causing a burden on nature.

By analysing the data, it was also possible to answer the question of why people spend time in nature: what values they hold, what activities they want to do in nature and what other wishes they have. Anna Hausmann conducted their research on these questions in South Africa, and Vuokko Heikinheimo in Finland. In addition to their projects, the group conducted a number of more extensive, global analyses.

User data such as age, gender and place of residence were also used. They were used to examine, among other things, how different groups of visitors differ from each other.

Carried out at the interface of nature conservation, geography and big data mining, the research has been groundbreaking, and the research results have been widely cited internationally.

“The project has brought the research group international recognition and, in my view, has contributed to the fact that four of the group’s members have been awarded professorships and one the position of a research fellow,” says Tuuli Toivonen, the project leader.

Other researchers involved in the project have gone on to work as researchers for the university or the Ministry of the Environment’s administrative branch.

Heikinheimo, who completed her PhD during the project, became a senior research scientist at the Finnish Environment Institute.

“For a doctoral researcher, the project offered the opportunity to constantly learn something new from the other researchers who came from different backgrounds. It would have been a completely different experience to work on my dissertation alone,” says Heikinheimo, who now works in research related to the development of geographic information methods and sustainability transformation at the Finnish Environment Institute SYKE.

“I would never have come up with my research topic if I hadn’t heard people talk about how diversity can be measured using computational methods.”

Open science available and usable by anyone

The tools developed in this project have been published in accordance with the principles of open science to allow similar studies to be carried out in both research and nature conservation organisations.

“We have described the data processing path and various methods of analysis to make those available to other researchers, which has also contributed to the transparency of our research,” says Toivonen.

This means that the methodological know-how accumulated by the research team is available and usable by anyone.

“We have not been able to share content produced by private social media users as open data, but we have signed agreements with some partners to share this data,” Toivonen says.

For the group’s researchers, just as important as the openness of the data is the protection of the privacy of the users who shared their data.

Freedom of research means the ability to cross disciplinary boundaries

The researchers involved in this interdisciplinary research team represent not only geography, geoinformatics and conservation biology, but also technology-based linguistics, among other fields.

The researchers in the group feel that working closely with researchers outside their own field gave them the freedom to expand their own thinking and, for example, to apply methods that would have been much more difficult to learn without the team.

“In my current project, I am studying the linguistic landscape of the capital region. However, I would never have come up with this research topic if I hadn’t heard people talk about how diversity can be measured using computational methods,” says Tuomo Hiippala, a linguist whose interest in computational analysis applied to social media brought him to the project.

The project through other people’s eyes: Liisa Kajala, Metsähallitus

“Parks & Wildlife Finland is a unit of Metsähallitus that manages the majority of Finland’s nature reserves and provides free facilities for hikers. We want to manage our work using the best information available: The SomeCon project has given us many insights, especially on user-oriented data.

We use electronic counters to track visitor numbers in national parks, and questionnaires to collect information on what kind of people visit protected areas and why. Mobile and social media data provide a valuable addition to this basic information and increase our understanding of visitors. The data can, for example, help us to identify and predict new activities and visitor trends. With the SomeCon project, we have also become more aware of the challenges of social media data, for example in terms of its representativeness.

The project’s research team are members of global networks, which has given us an insight into international trends in the field. Thanks to these forward-looking, innovative and productive people, things have progressed smoothly and swiftly.

We are delighted that our cooperation will continue in the next MOBICON project, supported by Kone Foundation and led by Tuuli Toivonen. This project will also focus on understanding people who hike in nature, nature conservation and the use of mobile data.”

Liisa Kajala is a Senior Planning Officer at the Metsähallitus unit of Parks & Wildlife Finland. She works in the field of customer information development for protected areas and national hiking areas.

research articles, including 11 published ones and 2 in preparation or under review