Visual artist Minna Pöllänen worked in the Saari Residence at the end of 2013. Originally from the North Karelia, Pöllänen lives in London and works on installations that combine different media. She often uses interactive and site-specific elements in her works.

At the Saari Residence, Pöllänen was intrigued by the themes related to the landscape. During her residency, she worked on two projects. “I was able to use a woodwork shop, where I crafted momentary landscape-viewing devices for the yard of the manor. The devices, made from wood and plastic, cropped small pieces of the landscape for viewing,” Pöllänen tells. Instead of choosing objects that would typically be focused on in a landscape, Pöllänen wanted to point the viewing devices to the mundane and nondescript; objects that rarely catch the viewers’ eye. 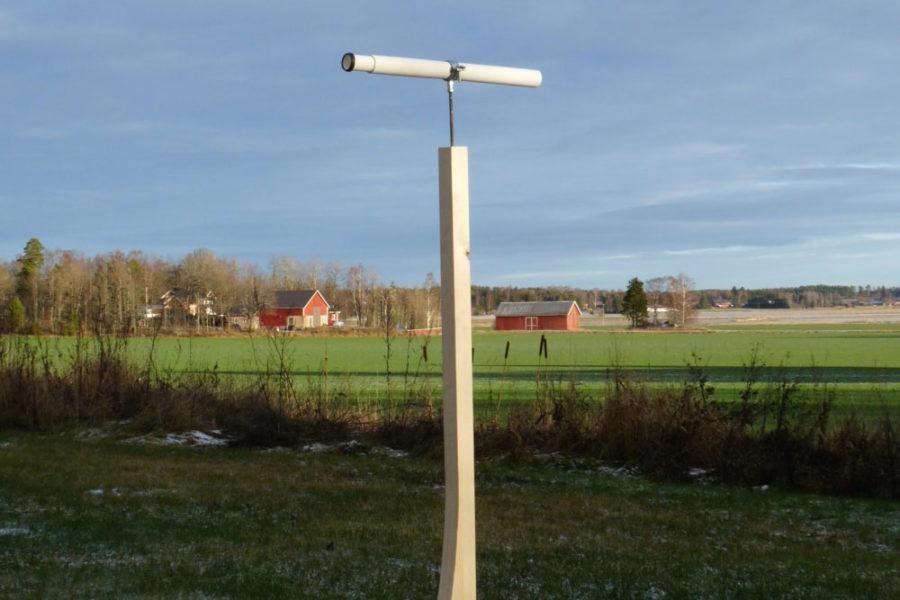 In her other project, Pöllänen used a sheet film camera to photograph the structures she had built in the area around the manor. The structures, built from excess wood taken from industrial production, stickers, and a variety of tools, imitate in their design the devices and equipment, such as viewing platforms and road signs, that are typical to landscape tourism, as well as pathways and tracks created in a landscape. Instead of being a direct landscape presentation, the photographs taken at the Saari focused on studying the models of experiencing and utilising the landscape. “The focus often lied in seemingly meaningless details, and instead of forming a sublime view the elements of a landscape acted as the background to the structures,” Pöllänen describes her photographs. The photographs taken at the manor eventually became part of the photographic work called Nature Trail, which is on display at Galleria Huuto in Helsinki, Photographic Centre Peri in Turku, and Northern Photographic Centre in Oulu.

Saari Residence is Pöllänen’s first residency. She tells how significant a period it was for her work: “I was given space and time to experiment and be with the artwork. The work really progressed a lot in just a few months.” Also meeting other artists and making friends with them was fruitful. “Due to the high rents in London, I work at home and only rent a studio when necessary. Sometimes this makes working lonely. The residency made changing ideas with artists of different branches possible,” Pöllänen tells.

At the moment, Pöllänen is working on a new installation for a site-specific exhibition at the India Club in London. She belongs to the artist collective called Specular Assembly that has organised exhibitions at the India Club since 2015. “The theme of the year is friction, which I view through the office items I have manufactured or modified. The artwork studies the body, work, passing of time, and friction,” Pöllänen describes her work. In addition to the exhibition at the India Club, Pöllänen is working on an interactive assembly of works with the media artist Bang Geulin Han from New York as well as a group exhibition about the theme of touch, which is organised in London. 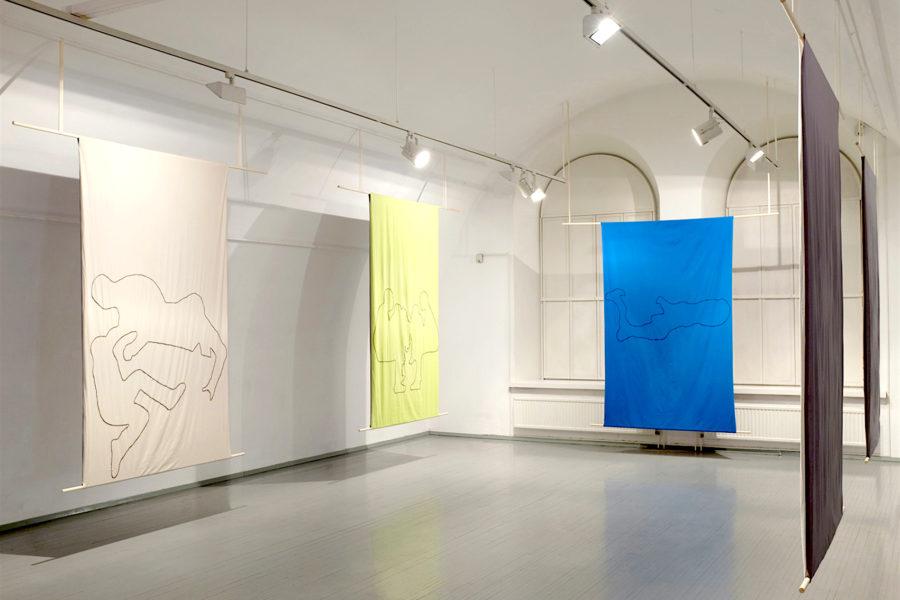 In her work, Pöllänen is interested in the relationship of the body and the Western capitalism, feminism, and the symbols of power and protest. “I embroider and draw the outlines and trajectories of the body, but I also create works for people to use, so that the body and the movement are no longer simply a representation but become an active part of the artwork,” Pöllänen describes. The works are concerned with societal issues that Pöllänen studies by doing lots of background research. In addition, the relationships between the selected materials, imagery, shape and often the display location are carefully considered. Sometimes finding the different layers of the artworks takes a little time. What is common in Pöllänen’s works is the focus of attention on the phenomena working in the background of the action. “With my works I strive to make visible and bring out into discussion the structures that often guide our contradictory actions in a Western consumer society,” Pöllänen states.

The 2022 residencies for Saari Residence have been awarded
News

Kone Foundation grants EUR 3.5 million to independent performance and visual artist groups to support their work after the pandemic