The first artist at the Saari Residence's Artists at Risk programme, Baran Caginli, wants to make art that speaks for “nameless” people.
Baran Caginli: "Who were they?", 2016.

The Saari Residence for artists and researchers joined the Artists at Risk (AR) platform of safe residencies in the spring of 2017. A Kurdish artist living in Turkey, Baran Caginli began his first AR residence at Saari in November the same year. The AR residency programme includes two months at the Saari Residence, maintained by Kone Foundation, and a month-long residency in Helsinki, organised in collaboration with Saastamoinen Foundation.

Caginli examines political topics in his works. He wants his works to impart information and says he prefers not to introduce himself as an “artist”: ”I try to do art like a ’transmitter’ – in between different aspects to forward something to people from other people.” Caginli’s art often highlights the power conflicts between a state and its citizens. His works examine, for example, questions of identity, forced migration and disappearances. He utilises various forms of art in his work.

Caginli knows the subjects of his art intimately – after all, he has experienced them personally. “I have to say something about those issues, especially for ‘nameless’ people who have experienced these like me,” Caginli says. The political situation in Turkey is unstable and unrest is commonplace. Caginli explains that life there is limited to pulling through and surviving: ”While in Turkey, I even couldn’t think, because I had no time for that. Life was about trying to survive and face new problems,” he says. 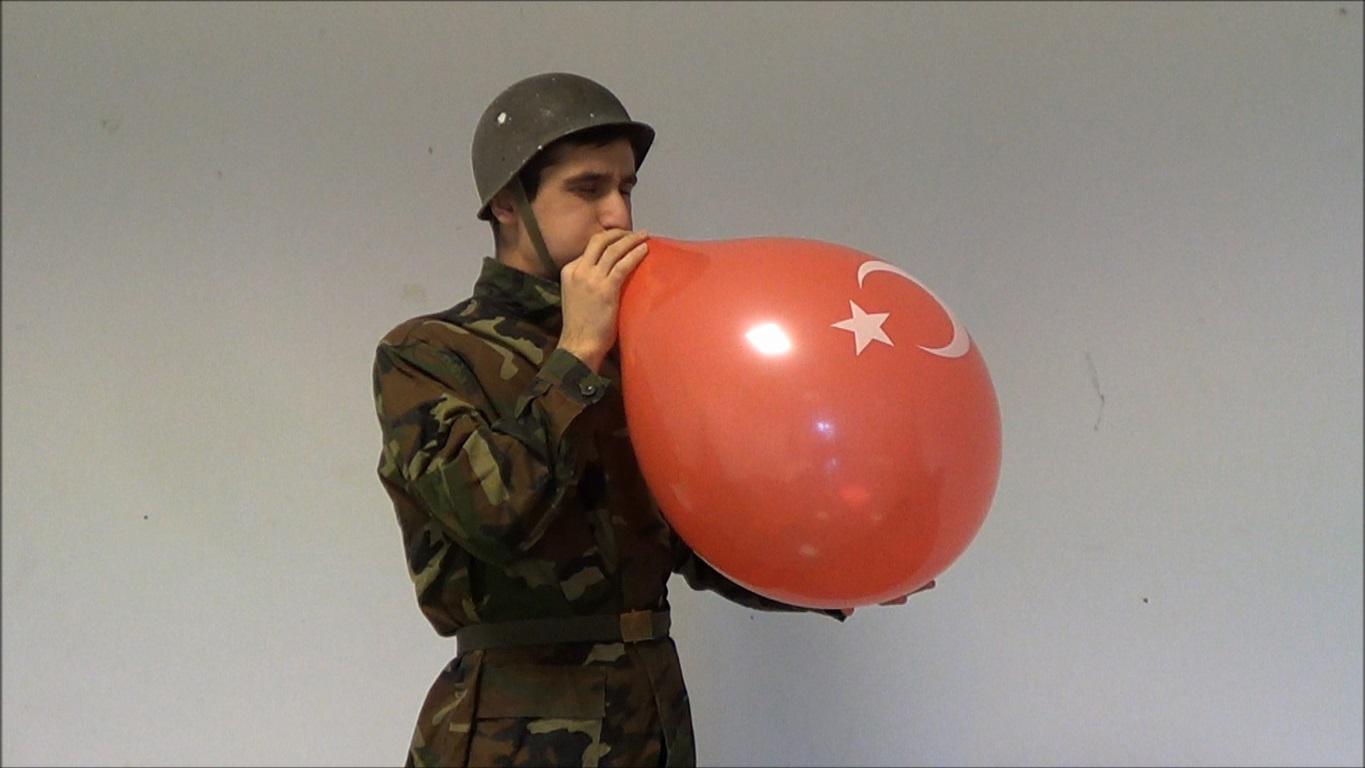 Caginli reveals that what he appreciated the most about the residency was the time to think. “I found different views in my work,” he says. Working far away from it all offered him peace, space and the opportunity to focus on his work. Caginli points out that it was also important to talk to other artists and share experiences with them. At the Saari Residence, he began to work on an installation made from fabric and dealing with militarism and the climate. “I use different kind of camouflage patterned fabrics to create a world map with them. Main theme is climate in the context of militarism. How does militarism evaluate the climate? Or how does militarism occupy the nature after the human?” says Caginli, pondering this work still in the making.

After two months at the Saari, the AR residency continues with a period in Helsinki, which for Caginli meant a month at Villa Eläintarha. After that, he has worked in the AR (Artists at Risk) – Safe Haven Helsinki programme, curated by Perpetuum Mobile. The residency will continue until mid-October. In Helsinki – and particularly at HIAP in Suomenlinna – Caginli has been extremely happy with the opportunities the residency offers to make contact with other artists: ”HIAP is a great place for meeting other artists. There is a very good circulation for that. All the time new artists and guests are coming.”

In addition to the residencies, Caginli is also working on Perpetuum Mobile’s Pluriversity project, which organises workshops for children and young people, encouraging them to reflect on ways to create a city together First, the children will discuss together, share their ideas. After that, they start to produce their city of their imagination and ideas with clay,” Caginly describes the project.

Caginli is also busy with his coming exhibition at the Vantaa Art Museum at the end of August. In July, his works will also be presented at the Politics of Dissonance festival, which is run in parallel with the Manifesta 12 Biennial.