In November, Photographic Gallery Hippolyte will show Shapereader, an exhibition of experimental, tactile comics by Ilan Manouach. The exhibition is produced in collaboration with the Saari Residence and Hippolyte. Please join us for the exhibition opening on Thursday 2 November 2017, 5–7 p.m. Welcome!
Kuva

The collaboration between the Saari Residence and Photographic Gallery Hippolyte dates back to 2013. In November, Hippolyte will present the fifth collaboration exhibition: Shapereader, an exhibition of experimental, tactile comics by Ilan Manouach.

Shapereader, developed by Ilan Manouach, is a repertoire of shapes that transforms images and meaning into touchable, tactile formations. It is a repertoire of forms and patterns that constitutes a coherent attempt to translate images and meanings into tactile formations. Shapereader is an experimental approach to graphic novel storytelling, and its purpose is to ‘translate’ graphic novels for visually impaired readers. Through this constructed language its reader will find possibilities to access, experience and enjoy visual narratives even with no, or impaired, vision. Presented as plates that can be touched and traced with fingertips, Shapereader consists of an expanding number of tactile, touchable ideograms, or tactigrams, that provide equivalents for all elements of a story – its semantic features, conceptual functions and textual attributes.

Ilan Manouach worked at Saari in autumn 2013. During his residency period, he heard about Kone Foundation’s thematic grant call Multilingualism and Art, and the idea of Shapereader was born. The foundation awarded him a grant for the project in 2013.

The first original story realized with Shapereader is Arctic Circle, published in 2014 with funding from Kone Foundation. Over 57 pages, or plates, Arctic Circle tells the story of two climatologists drilling an ice column in the North Pole. This is done through the Shapereader tactigrams, which can signify characters, objects, actions as well as affections or emotions. The shapes can convey primary emotions like joy or fear or more complicated and ambivalent states like that of remorse or unease. Through intensity and the placing of the shapes it allows for a non-visual representation of e.g. the internal state of the protagonists. In order to follow the story, the reader must first be acquainted with communication boards that contain the lexicon of shapes used in Shapereader.

The exhibition at Hippolyte will include both the introduction to the language developed by Ilan Manouach through the communication boards and samples of the Arctic Circle story. In addition, we will see a continuation of Manouach’s work in the form of tea bricks carrying the tactile language of Shapereader. This work refers to the ancient practise of preserving and transporting tea by compressing it to bricks that carried also information of its content. Subsequently tea bricks were used even as currency. Here the tea lends itself to a new form of transferring information. 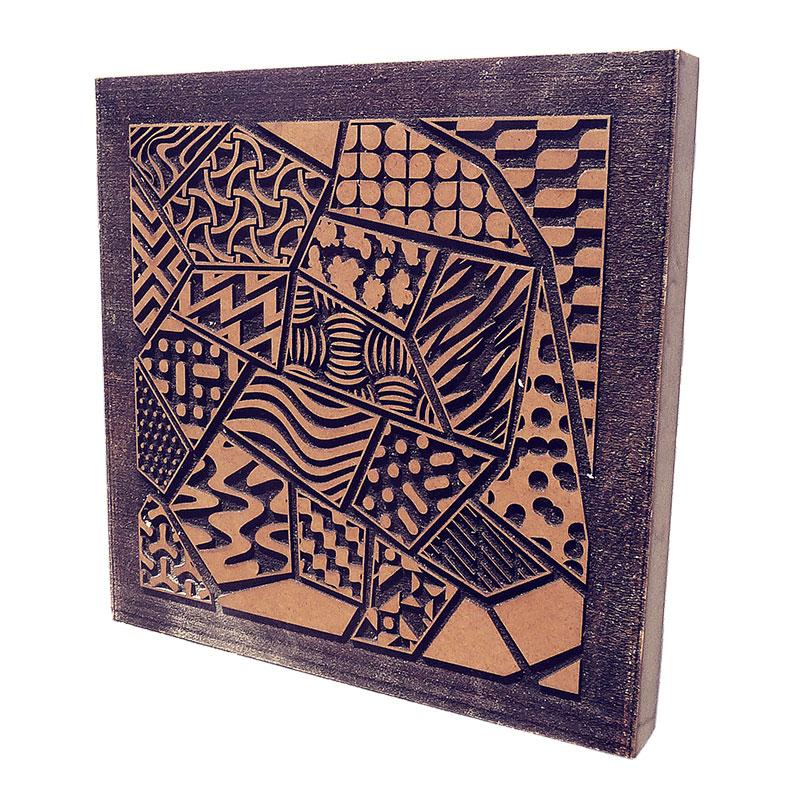 Ilan Manouach’s work is both interesting and enjoyable, while the exhibition also brings forth the questions of accessibility of visual art to all audiences. In connection to the exhibition Hippolyte will organize workshops aimed at a varied audience and encourage discussions around the related topics.

Shapereader has been exhibited in various venues all around the world, including Bel­gium, Brazil, Den­mark, France, Greece, Israel, Ser­bia, Spain, Switzer­land, the United Arab Emirates and the United States. Most recently it was presented at the Frankfurt Book Fair 2017 in Germany.

Ilan Manouach (b. 1980, Athens) is a multidisciplinary artist based in Athens, Greece. He graduated in 2017 with an MA from the Dutch Art Institute in Arnhem, the Netherlands. He is currently working on his Doctoral Thesis at the Aalto University, The School of Art, Design and Architecture in Espoo, Finland.

Ilan Manouach mainly works with experimental and conceptual comics. Since 2003 he has pub­lished more than a dozen works in a book form and has curated four antholo­gies bring­ing together con­tri­bu­tions from artists, crit­ics, lawyers and dif­fer­ent pro­fes­sion­als of the book indus­try. Addi­tion­ally to his work as a comics artist he is a pub­lisher, musician, com­poser, and a per­former.

Find out more about Ilan Manouach and Shapereader.

European Day of Foundations and Donors 2020: Are foundations able to demonstrate their power and examine it?