How should art funding be developed to make it more resilient in the long run? In collaboration with the Helsinki International Artist Programme (HIAP), Kone Foundation is organising a daylong event for art organisations and funders to come together to find solutions for how to improve art funding and cooperation between art organisations and funders in order to promote the sustainable livelihood of artists.

Speakers will include Dirk De Wit, Head of International Relations at Kunstenpunt/Flanders Arts Institute, Belgium, and Amrit Gill, Director of International Projects at the Australia Council for Arts. In addition New York -based playwright-director Kevin Doyle (IE/US) will talk about his artistic work, which deals with the public funding of art.

Some of the questions the participants will consider include: How can we build more dialogue and trust between funders and art organisations? Could the goals of organisations be prioritized as a base for making funding decisions, rather than the agendas set by funders? What kind of models for sustainable funding have been developed elsewhere and how could they be adapted to the Finnish context?

The event came about when Kone Foundation was seeking new ways to support the long-term work of organisations and artists, as well as ways the foundation’s funding could more widely enable sustainable, long-term and broad-based art financing. In its support of some organisations, Kone Foundation is currently experimenting with a match funding model in which the amount of the funding received by an organisation is in part dependent on income acquired from other sources.

The event will be held in English.

9.40 am
Director of International Projects Amrit Gill (The Australia Council for Arts, Australia)

Flexibility, breadth and diversity
Tracing the evolution in the Australia Council for the Arts funding model for artists and arts organisations.

A large table with only one leg: arts funding and the general public
Writer-director Kevin Doyle shares his experiences as an artist working since 2007 in Canada, the European Union, and the United States who earns his income entirely from arts funding structures. He will present an excerpt from his 2018 theatre project THE AЯTS which examined the rich yet largely unknown history of arts funding legislation in the United States. Doyle illustrates that this bold legislation was achieved via an overlooked aspect of our contemporary arts funding realities – a sincere engagement with the general public.

Of Pies, Chameleons and the quest for Trust
Baltic Circle International Theatre Festival and SOLU / Bioart Society are two organisations fostering experimental artistic practices with an interest to develop their respective fields. Erich Berger, Hanna Nyman and Satu Herrala are going to give insight into their everyday life with funding bureaucracy and discuss how funding could be based on mutual trust.

1.45 pm – 3.00 pm
Small-group discussions using the World Café method. Various prerequisites for sustainable art financing are, among others, authentic interaction between various key players, mutual understanding of funders, long-term and broad-based art financing, and respect for the independence and autonomy of those players. In the World Café discussions, we will ponder together – inspired by the talks in the morning – how these prerequisites can be actualized.

3. Evaluating the applications and project, the criteria for evaluation and the process of evaluation, how could this be developed?
Hosts: Head of Planning Tiina Kuoppa (Arts Promotion Centre Finland), Managing Director Tomi Purovaara (Globe Art Point), Planning Officer Jenni Peisa (City of Helsinki)

Summary of the conversations

A glass of sparkling wine 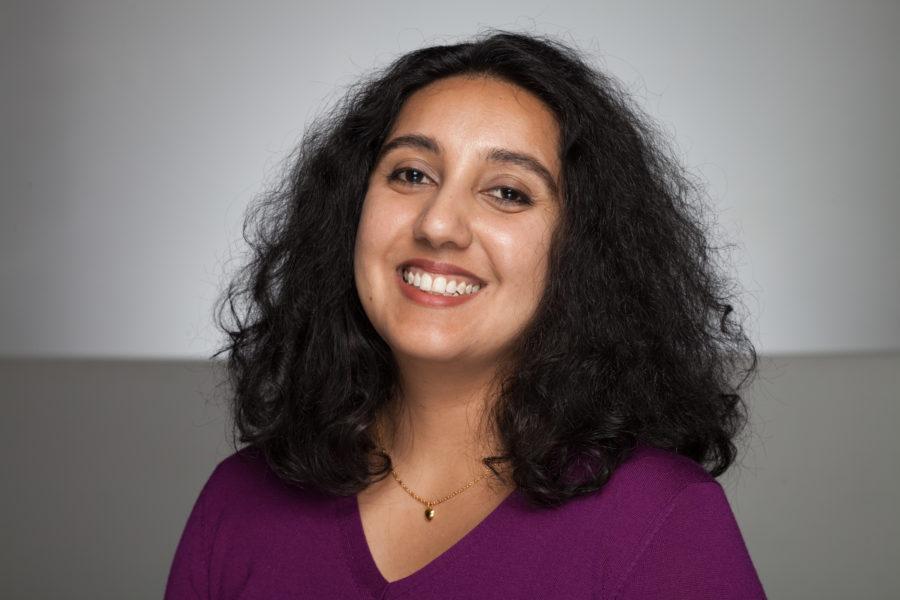 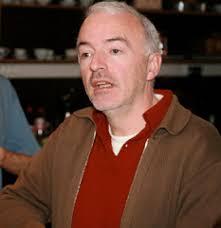 Dirk De Wit is Head of International Relations & Visual Arts of Flanders Arts Institute. Flanders Arts Institute was created in 2015 as a merger of the Flemish Theatre Institute, Flanders Music Centre and BAM – Institute of Visual arts. De Wit worked as a freelance curator for Palais des Beaux-Arts Brussels, Centre Pompidou and Kunstenfestivaldesarts, was curator and later director of arts center STUK in Leuven between 1989 and 1996. He has set up a new institution for art and media Constant, Brussels in 1997 and was artistic team member of Brussels2000 – cultural capital of Europe. 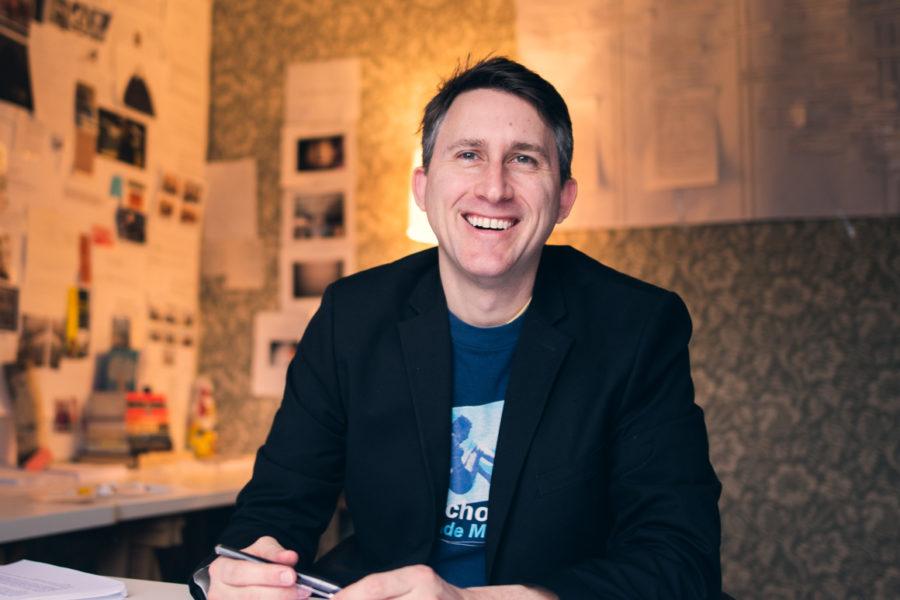 Kevin Doyle (IE/US) works as playwright-director with theatre and film both in Europe and the United States. In his work, he combines elements of theatre, dance, film and music, using them to observe topical social issues.  Last year, Doyle was shortlisted for the Bruntwood Prize for Playwriting with his play when after all it was you and me (or the genocide play), which was completed during his residency at the Saari Residence in 2014. Doyle’s plays include, for example, W.M.D. just the low points (2009), Behind the Bullseye (2009), The Position (2005), Compression of a Casualty (2004/2008) and THE AЯTS (2018). At the moment Doyle is working as the Saari Invited Artist at the Saari Residence. 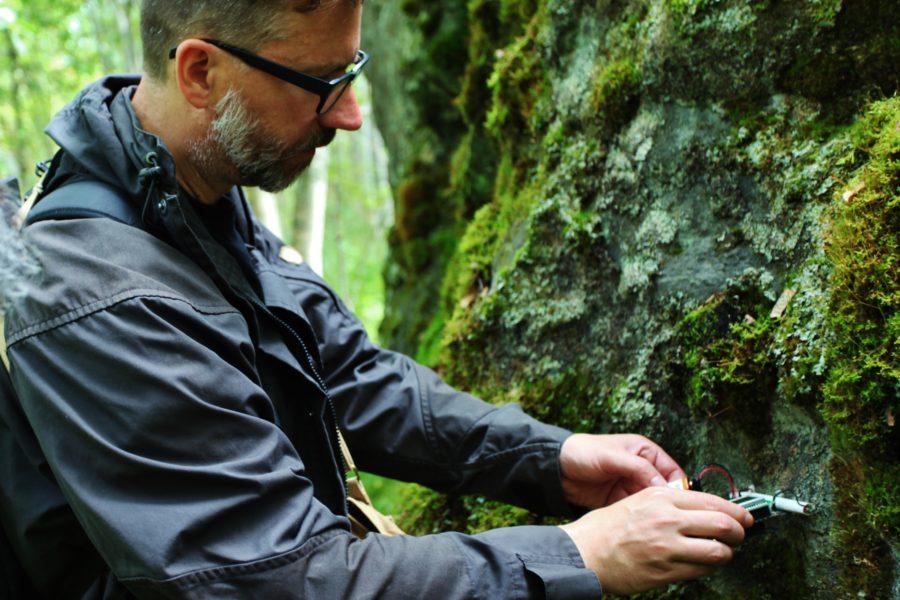 Erich Berger is an artist, curator and cultural worker based in Helsinki. He directs the Finnish Society of Bioart where he develops opportunities which create interdisciplinary encounters and work
situations between professionals from art, science, technology and the humanities. Berger recognizes science and technology as fundamental transformative powers of our life world. In his artistic
work he explores the materiality of information and information and technology as artistic material. His current interest in issues of deep time and hybrid ecology led him to work with geological
processes, radiogenic phenomena and their socio-political implications in the here and now. Berger’s award winning work is exhibited internationally in galleries, museums and festivals. 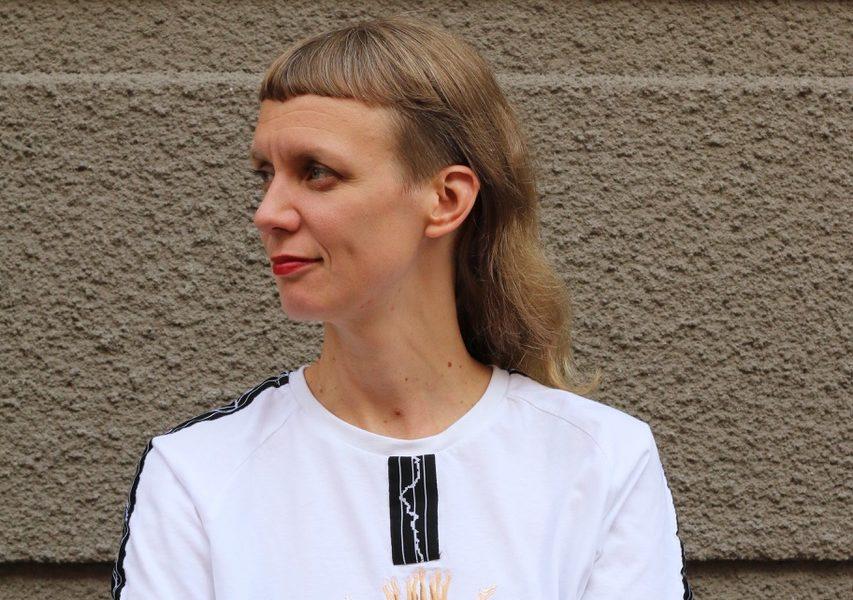 Satu Herrala works as a choreographer, curator and artistic director of Baltic Circle International Theatre Festival in Helsinki. She has an MA in choreography from the University of the Arts Helsinki. She is also a part-time doctoral student at Aalto University – School of Arts, Design and Architecture, working on a question “What is possible in art that is not possible otherwise?” and a regular mentor at Iceland Academy of the Arts. Her curatorial works include Baltic Circle Festival programs 2015-2019, Make Arts Policy Program in collaboration with Eva Neklyaeva, Dana Yahalomi and Terike Haapoja; Sauna Lecture Programs at various festivals and DO TANK Programs in Munich and Helsinki. 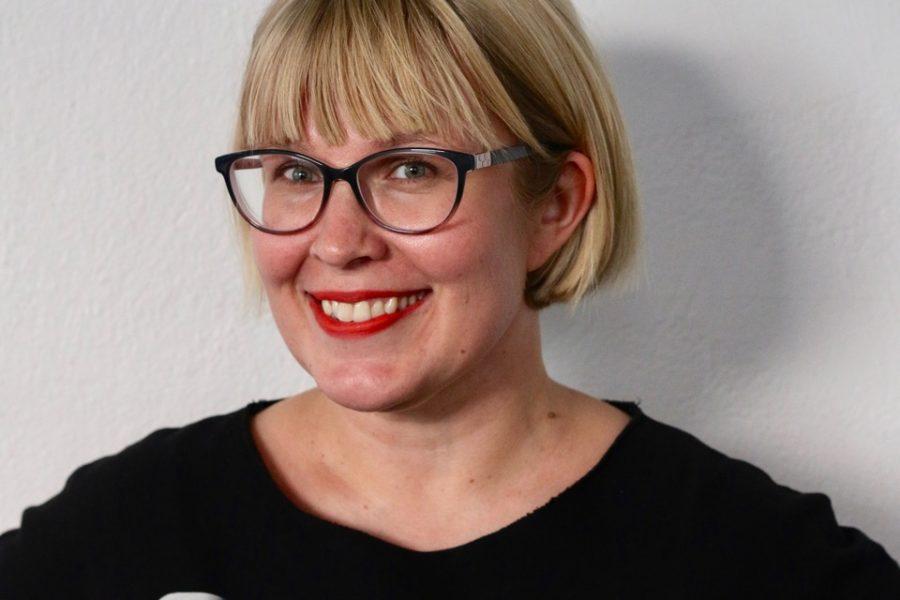 Hanna Nyman (MSc. Economics and Business Administration, BA of Cultural Management) has been working as Managing Director of Baltic CIrcle Festival since 2015. Currently she also works as administrator at Espoo Visual Artists organisation. Previously she has been working on production for example at Helsinki Festival and independent performing arts companies.

At Kone Foundation’s events, we take photographs that may be used in the foundation’s communication channels, such as its website and newsletter. If you prefer not to appear in these photographs, please contact (KONEENSAATIO@KONEENSAATIO.FI) no later than the next weekday after the event.