In 2017, the Kone Foundation established the Kulla nature reserve in Kemiönsaari in order to compensate for the natural resources consumed by the operations of the foundation. Now the foundation is restoring the area to protect the biodiversity of the forest.
Panu Kunttu, Doctor of Agriculture and Forestry, has planned the addition of decaying wood in the Kulla area. Photo: Jaana Eskola.

With the restoration measures implemented this year, the Kone Foundation aims to speed up the recovery of nature in Kulla and create new habitats for the species that have suffered from the forestry previously practiced in the area.

Hundreds of vitally important decaying trees have been placed in the area in connection with the restoration measures of Kulla. The work will continue in October by filling in the ditches used to drain the bogs.

Bogs are restored by blocking ditches

Approximately 80% of the bogs in Southern Finland have been drained. The drainage is the main reason why more than half of the types of bog in Finland being threatened.

The bogs and wetland forests in the Kulla area were also drained with ditches while forestry was still being practiced in the area. All in all, roughly five kilometres of ditches have been dug in the area.

The aim is to block the ditches in the Kulla nature reserve either by moving the masses of soil back into the ditch or building dams into the ditches to stop the flow of water, in which case the water will return to the areas where it naturally belongs.

Hundreds of tree trunks from other areas have been spread into the Kulla forest. Photo: Jaana Eskola.

Approximately 5,000 species of plants, animals and fungi in Finland are dependent on dead and decaying wood. Hundreds of these species are threatened, because there is no longer enough decaying wood in the forests. Currently, there is 95% less decaying wood in commercial forests than natural forests.

In Kulla, too, dead wood has been collected and taken away from the forest earlier in the name of forestry.

Panu Kunttu, Doctor of Agriculture and Forestry, who lives in Kemiönsaari, has planned the addition of decaying wood in the Kulla area. The wood was placed in the spring.

“Hundreds of tree trunks from other areas have now been spread into the Kulla forest. These trunks were going to be turned into wood chips, but we fortunately managed to get them to increase the biodiversity in the Kulla area”, Kunttu says.

There is also a former landfill in the Kulla area, from which invasive species that do not belong to the nature of the southern coast have spread into the neighbouring areas. Plant populations in the area have been successfully controlled by mechanical means for years. The control efforts led by Kunttu have created more room for the flora naturally occurring in Finland.

In addition to the restoration measures, a follow-up study of the species and the forest has been started in the Kulla nature reserve; the study gathers information on the effects of the restoration on nature.

The services of local entrepreneurs are used in the machine contracting involved in the restoration measures. 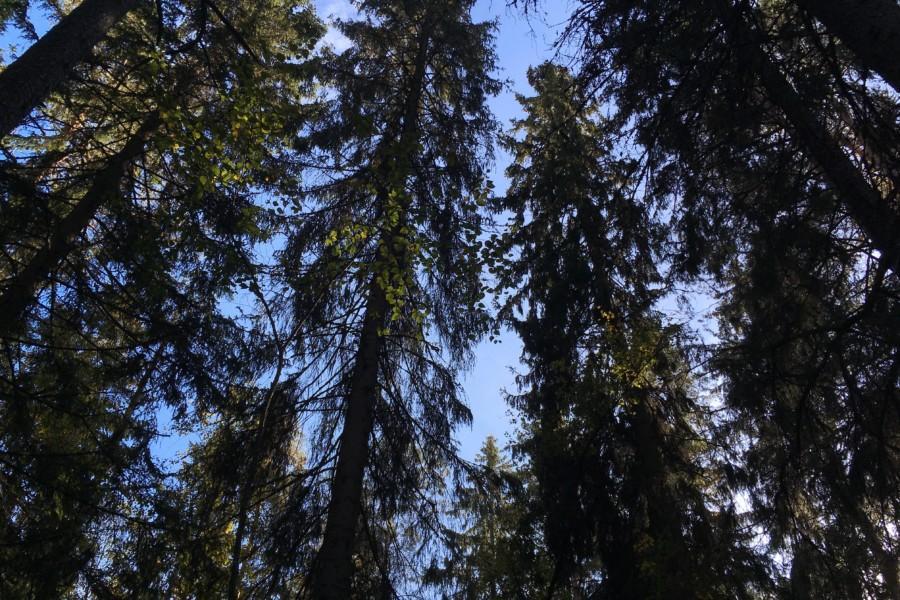