In August 2013, the Saari Residence hosted a series of workshops that culminated in the Saari Community Art Well event in Turku on 31 August, 2013.

The idea for the community art workshops and seminar originated from Saari Residence’s very own community artist Pia Bartsch’s wish to inspire conversation about community art.

”I wanted to make community art a topic of conversation and to make it more tangible for people. Community art is still seen as a marginal art form within the field and for those not in the inner circle, there is uncertainty about what community art really even is,” says Bartsch.

For two weeks, the Saari Residence housed four pairs of artists who worked together with local communities in their own workshops. Visual and community artist Suvi Aarnio and visual artist Andrea Dezsö from the United States worked together with women from Mietoinen to handcraft crests; Saari Residence’s community artist Pia Bartsch and German animation artist Anne Breymann held animation workshops together with MSTT ry, a local unemployed jobseekers association; director Annamari Karjalainen and Spanish director and actor David Martinez held performance art workshops together with the Lizelius Home and dementia ward in Mynämäki; art duo Nutty Tarts/Tärähtäneet ämmät and video artist Gabriel Mellan from the United States worked with youths to explore visions of utopia and dystopia through photography and video. 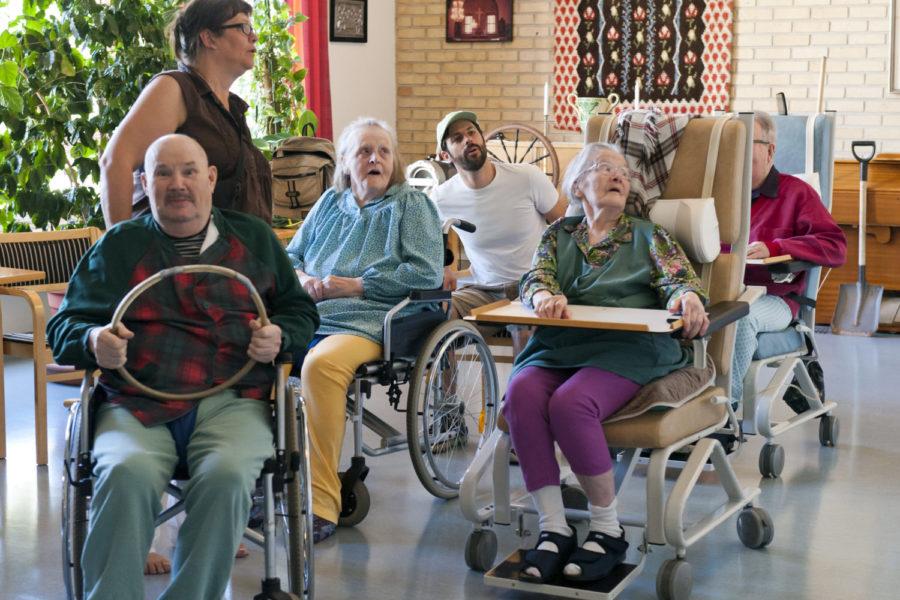 The workshops’ varying approaches demonstrated different creative processes and illustrated how community art is created in different countries. The relatively short period of time also gave the participating artists the opportunity to analyse the workshop process from beginning to end and in this way, to use it almost like a case study to consider the problematic of community art. The workshops also had a significant impact on participants and many felt that their lives were greatly improved as a result. Cultural history students at the University of Turku Liisa Lalu, Anna Pöppönen and Veera Schrey documented and helped out at the workshops.

The intensive two-week workshops culminated in a community arts seminar at Turku Arts Academy’s Köysiteatteri on August 31st, 2013. The Saari Well partnered with Arts Promotion Centre Finland (Regional Office of Southwest Finland), TUAS Arts Academy and RaumArs for the event. The goal of the Saari Well was to find answers to questions such as: What is community art? What is its purpose? Does community art really have social significance? Who benefits from it? What is its significance in the field of art? What about the ethics of community art? 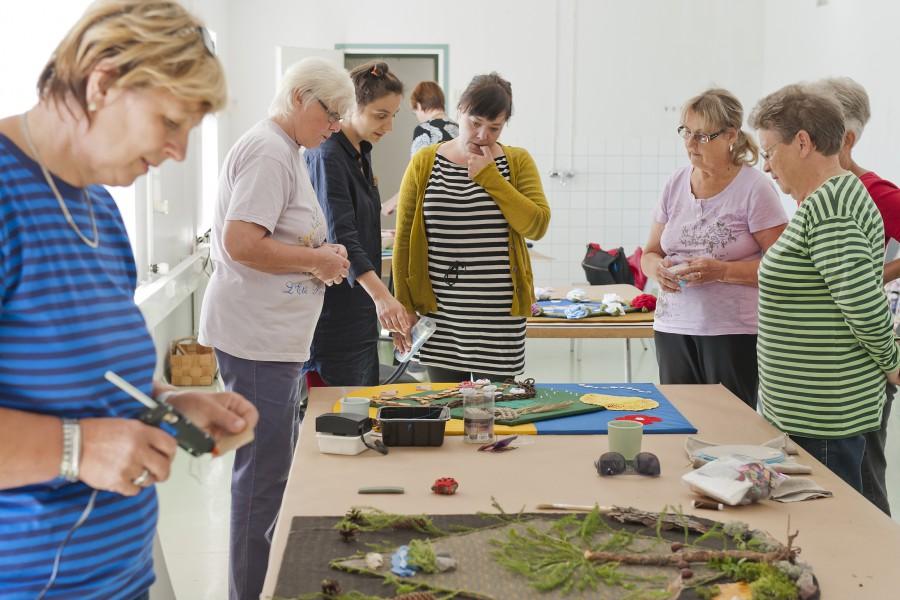 Speakers at the seminar included the president and executive director of the Queens Museum Tom Finkepearl (USA), visual artists Lea and Pekka Kantonen (Finland) and Ailbhe Murphy (Ireland). The Saari Community Art Well event ended with a panel discussion during which the community artists and guest speakers discussed community art and the challenges it faces. The panel was moderated by Henri Terho, special adviser at the Arts Promotion Centre Finland (Regional Office of Southwest Finland). The target audience for the seminar was community artists and artists, researchers and students interested in community art.

”The seminar was intended for a wide audience and its goal was to shed light on the central perspectives and general problematics of community art. After the seminar, there was a joint discussion during which the guest speakers and the workshop directors and participants talked about the workshops in more detail and discussed their concrete and theoretical perspectives,” explains Bartsch. 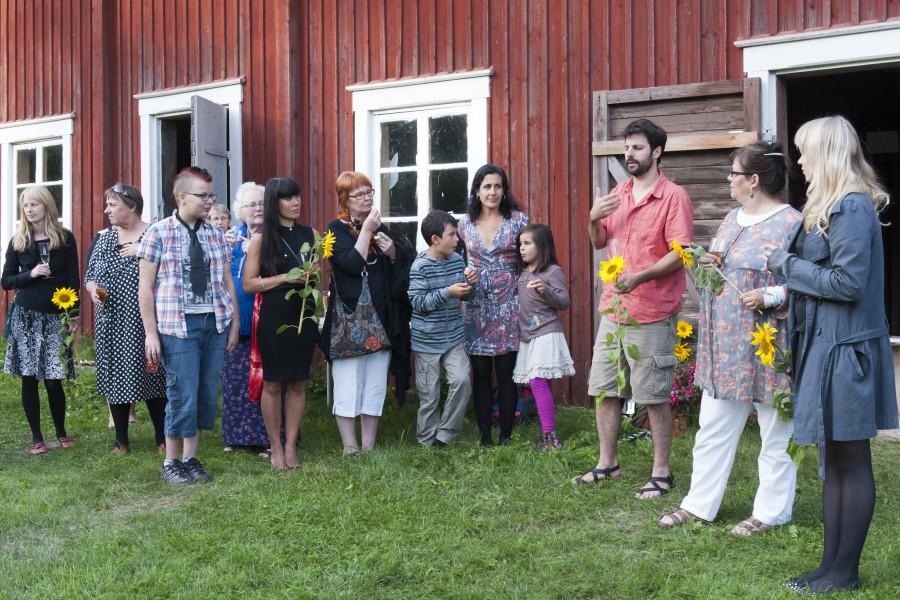 The opening for the workshop´s artworks. Photo: Kari Vainio.

At the Saari Residence, an artist and research residence maintained by Kone Foundation, the Saari Well serves as a metaphor that signifies interaction between people from different professional backgrounds. People all over the world have gathered – and in many places still do – around wells to collect water. It is a place where people share thoughts, ideas, problems and solutions. In addition to the Saari Well being a place where artists and researchers staying at the Saari Residence can come together and share, the Residence holds special events at the Well during the summer which are open to a larger audience.