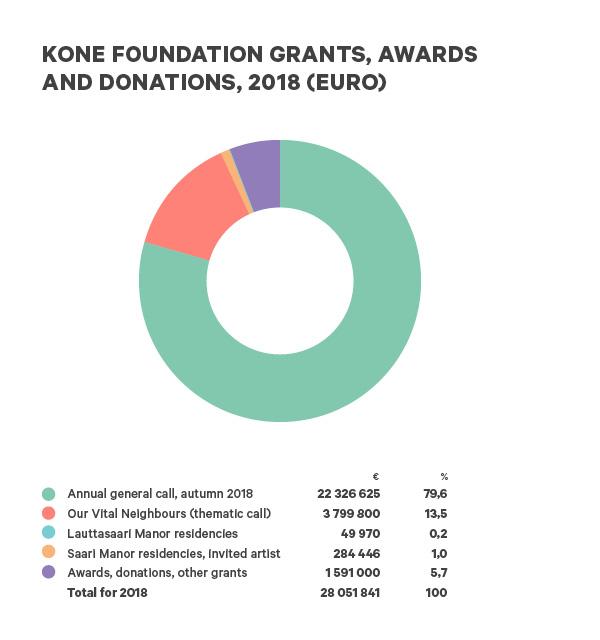 The amount of 28 million euro includes the following funding:

A total of EUR 22,3 million and 251 grants were awarded through the general grant call in 2018. Decisions on grants to be awarded were taken by the Board of Trustees on 30 November 2018.

A total of 5,577 applications were submitted for the application round of 1 to 15 September. There is a total of 251 grant recipients; individuals, work groups, or organisations. Over 600 people work in the projects funded.

Award rates in the general call

A total of 25 artists and 15 working groups were selected for the Saari Residence in 2018. A total of 516 applications were made from 57 different countries. The award rate for residency places is 9,6 of the number of applicants. Decisions on residencies to be awarded were taken by the Kone Foundation Board of Trustees on 22 October 2018.

In addition, the Saari Residence granted an Invited Artist Residence and an ‘Artist at risk’ safe residencies in 2018.

In total, 20 applications were made for the Lauttasaari Manor Residence and grants were awarded for 2 of these. Decisions on grants to be awarded were taken by the Board of Trustees on 30 November 2018.

Recipients of research funding by university or institution 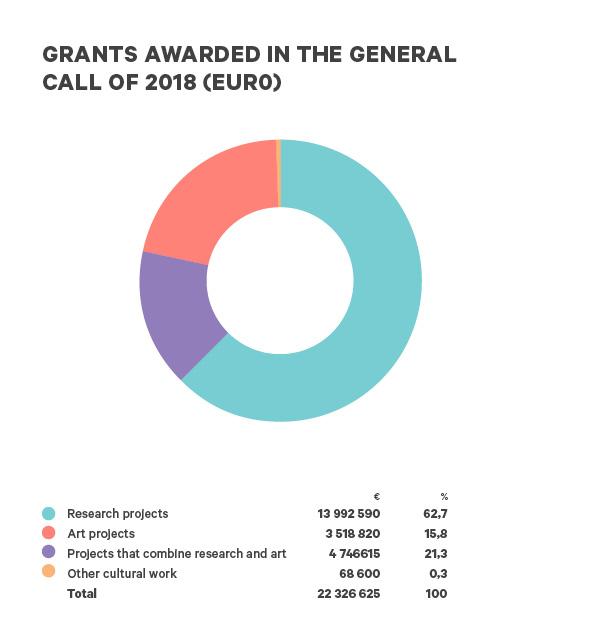 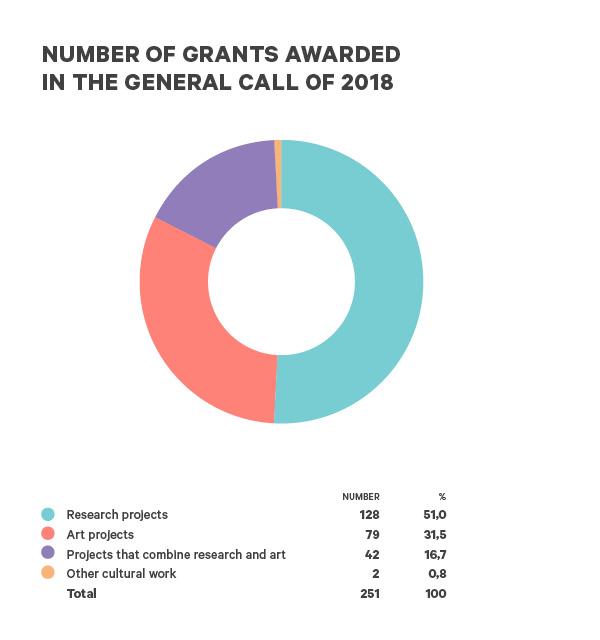 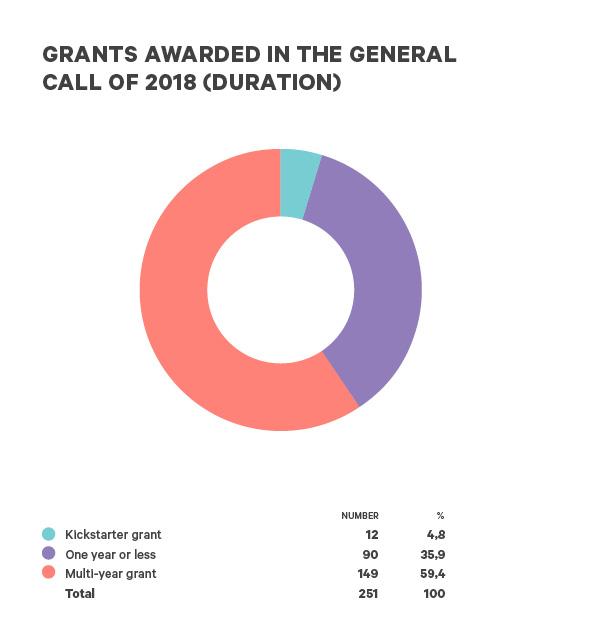 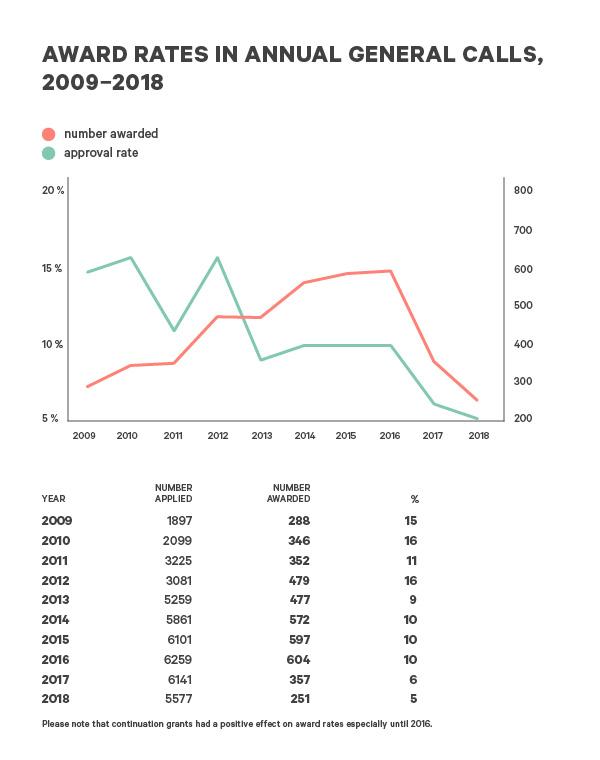