Following our 2017 grant call, Kone Foundation has awarded 29 million euros in grants to bold initiatives in research and art. In all, 374 individuals, organizations or work groups will receive funding. Many of the projects will focus on the dialogue between societal groups, seek to empower Sami culture, or will support biodiversity in nature, especially forests.

What is common to many of the funded projects is the aim to examine topical global issues. Such themes include the role of the forests and biodiversity and curbing climate change; they also include pressing national issues, such as promoting the visibility of the Sami languages and culture and constructing dialogue between different groups of the population.

“The funded projects are artistically and academically ambitious and original, and many of them are about challenging power positions. It has become more and more common to combine artistic and scholarly work. A new kind of reality is being constructed in the project lead by Pauliina Feodoroff, in which reindeer herders – bearers of traditional knowledge – work alongside researchers and artists,” says Anna Talasniemi, Executive Director of Kone Foundation.

“In the research category, many applicants either participated in or were influenced by our two special funding calls – building dialogue and compensating for the damage done by humans to the nature. The projects will promote dialogue, for instance, by researching the fundamental conditions for human interaction and inter-species interaction and by reducing polarisation,” says Kalle Korhonen, Director of Research Funding. 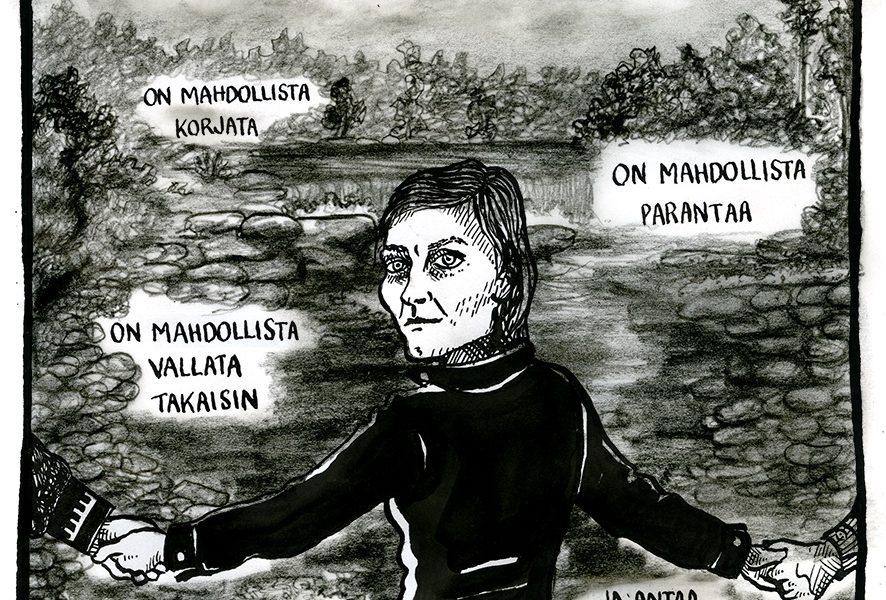 In order to protect the waters and pastures of the Näätämö river area, Sami activist and theatre director Pauliina Feodoroff has assembled a group of artists, academics, and bearers of traditional, natural, and local knowledge. The multi-year project, directed and realized by members of the local Sami community, will change the ways in which natural resources are controlled and will create new collaboration between officials, scholars, and local inhabitants. The aim of the project, What Agreement Looks Like, is to advance the position of the Sami languages and culture by combining Sami customs with areal planning. This is the first effort of its kind in Finland.

Other projects focus on Sami culture as well. In her thesis, Hanna Mattila will study the poetics of Nils-Aslak Valkeapää’s (1943–2001) literary work. One of her aims is to increase the visibility of Sami literature, which has remained marginal and at times even obscure. Anu Kilpeläinen will write a blog and book about the imitation and misuse of Sami dress. Journalists Kukka Ranta and Jaana Kanninen will author a book about the forced Finnishization of the Sami and the occupation of northern lands. Anna Morottaja is revitalising the traditional Inari Sami music called livđe with the aid of workshops and YouTube videos. 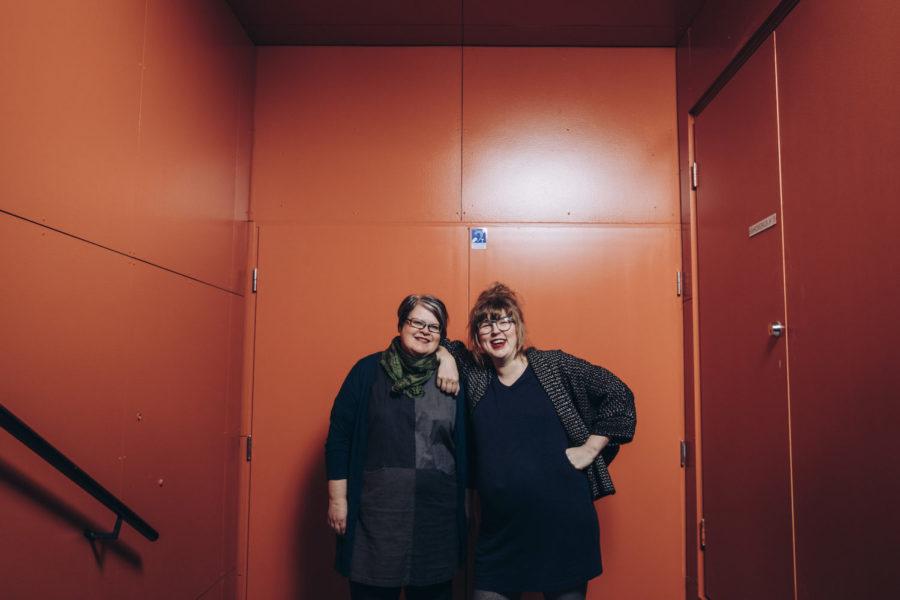 In the autumn 2018, Anne Koski and Petra Poutanen-Hurme, along with Tellus Choir, will perform songs written by women prisoners in Finland’s 1918 civil war. Photo: Aleksi Poutanen

Instil structures with feminism! Shake up the gender categories!

Two themes were prevalent in the artistic projects this year: many bold grantees will try to redefine societal structures and their functions from a feminist perspective. The grantees often question the place and rights of a human being in a society in which a person may not fit into traditional categories of gender.

The 24/7 Feminist project by Anna Paavilainen and her workgroup will challenge Finnish institutions to more closely examine their values in the year 2018. The team, lead by Olga Palo, will explore how feminist theories can be implemented in art processes and intends, in particular, to inscribe feminism into Finnish artistic practices.

Director Wille Hyvönen will produce a comprehensive artwork called You Are Not Even Gay Anymore, the purpose of which is to deconstruct the discriminatory situations encountered by a transgender artist and human being in daily life. A documentary about racialized transgender woman, who dreams of being a supermodel, will be directed by Susani Mahadura. Artist Jaakko Pesonen and philosopher Kai Alhanen will collaborate in creating an alternative history of humankind in which, as a result of evolution, the majority of people are homosexual. 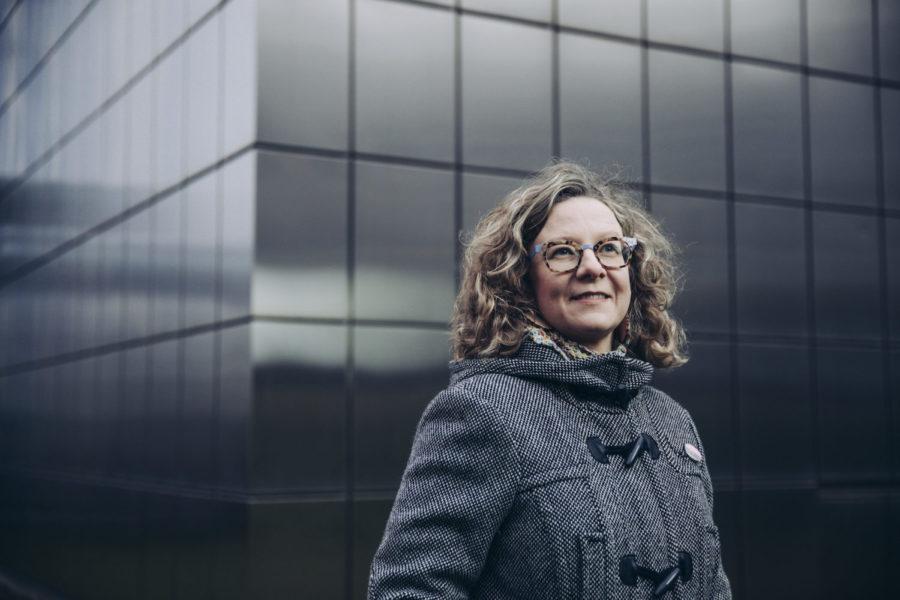 In the Compensation Game, by Nina Nygren and her work group, the practices of ecological compensation will be developed with the aid of gamification. Photo: Aleksi Poutanen

Radically new ways of understanding and protecting the forests

The role of the forests as preventers of climate change and sustainers of biodiversity is at the heart of many projects. A school tour by the WWF will enlighten Finnish schoolchildren of the importance of woody debris for biodiversity. In the book The inhabitants of woods, Petri Keto-Tokoi, Juha Siitonen and Ritva Kovalainen will both present the trees of Finland and their accompanying species and discuss how to protect them. Journalist Anna Ruohonen and her work group will publish a book with the preliminary title The Finnish Lie about Forests (Suomalainen metsävale). Its purpose is to question the Finnish “facts” about forests, dictated by economics.

Sampo Soimakallio’s research will focus on conflicts regarding the climatic effects of the use of forests. His aim is to reach conclusions that can be accepted widely and to help decision-making on forest use and climate change mitigation. In her thesis, the scriptwriter Kristiina Koskinen will look at how nature is presented in documentaries on forests. She asks how nature documentaries influence our conceptions of the human, the animal, and nature.

Two artistic residencies, Helsinki International Artist Programme and Mustarinda, aim to mitigate climate change and to prepare for the post-fossil fuel era in a multi-year project. The residencies will start acting as pioneers in a post-fossil model of operating which will be permanently more ecological than the current one.

Of the posthumanistic grantees, who stress the dignity of other species beside humans, a good example is the visual artist Kalle Hamm. He will record sound material of two threatened plant species and produce a single record out of the material. Kalle’s colleague Riikka Keränen will, together with an artistic team, produce Wood Opera. Based on Peter Wohlleben’s work Das geheime Leben der Bäume (The Hidden Life of Trees), the opera will be performed in the Paljakka natural park in Puolanka. In her post doctoral research, Sanna Karhu will focus on specism or speciesism using an eco-feminist approach. 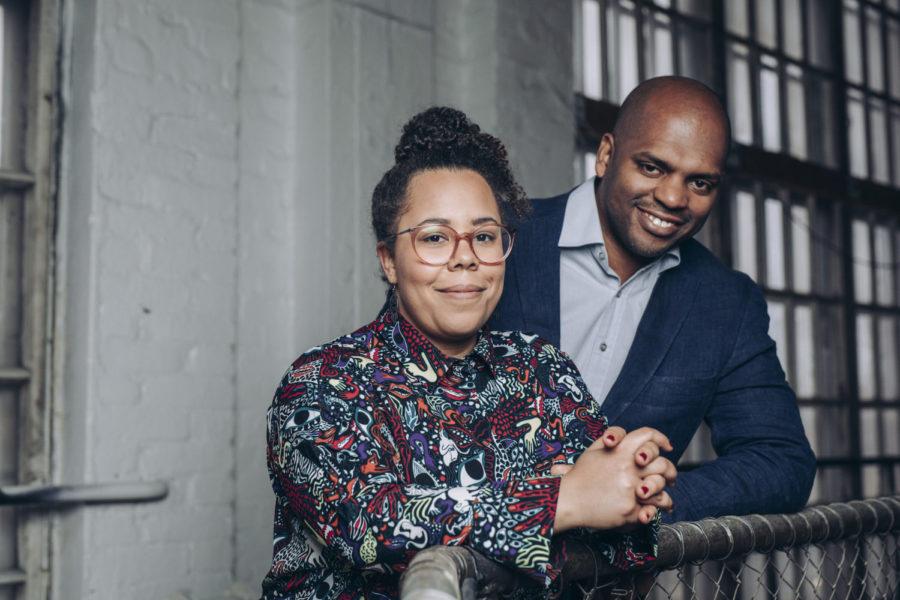 How can different groups of Finland’s population enter into dialogue with each other? That’s the question posed by the “Neighbour Dialogues” funding call, which appealed to hundreds of grant applicants who seek to advance dialogue and interaction between human beings.

The project led by Markku Sippola from Tampere University will look at the polarised views of work-based migration and the migration of refugees. The social scientists will focus on discussions in social media by Estonians and Russians. In another initiative, lead by the NGO Finnish Refugee Aid, project members will perform research on how to prevent polarisation between population groups, as well as investigate how to resolve conflicts and even conduct interventions. The work will take place in Vihti, Mäntsälä, and the Varissuo suburb of Turku.

The “Neighbour Yurt” (a kind of tent) is on the move in the backyards of Hervanta, Tampere. It is part of a project led by Eeva Puumala, a researcher of international politics, in which a troupe of academics and artists will map the reality of neighbour dialogues in a multilingual and multicultural suburb. In her project, choreographer Riikka Innanen will illustrate the viewpoints of an individual and an activist in supporting asylum seekers. Artist Theofanis Kavvadas will direct a short film about the forced return of three Afghani refugees from Helsinki to Kabul via Paris.

The “Comics and Migration” project led by Ralf Kauranen focuses on the global movements of people. The team consisting of scholars and comic artists examines how comics as a narrative form can illustrate the migration and movements of people, and they will also ask how comics can help one in feeling part of society.

The cross-disciplinary team led by philosopher Joona Taipale are looking at how the self and the other are delimited in human experience. The group will emphasise the multi-layeredness of interaction and the important role of emotions by focusing both on what a person knows about the other and on emotions and sensibilities. In another funded project, philosopher Kai Alhanen discusses the role of emotions specifically in dialogue.

Many applicants were concerned with the polarisation of people and the media’s role in societal rifts. In his post-doctoral research based on theories of democracy and literary criticism, Ari-Elmeri Hyvönen will cast a critical eye upon fact-checking. Sampsa Saikkonen, who is in the finishing stage of his doctoral work, will focus on the freedom of speech of academic researchers.
Kone Foundation is an independent and unaffiliated organisation established in 1956. It awards grants for artistic research, humanities and social sciences, environmental science, as well as all fields of art. The grant decisions were made by the Kone Foundation Board of Trustees in its autumn meeting on the basis of the applicants’ proposals (which were reviewed by approximately 50 peer evaluators) and heavily weighed the intrinsic value of the academic research and art, as well as the promotion of multidisciplinarity, collaboration, and dialogue between artists and scholars.

Of the 29 million euros awarded, 47% has been allocated to academic research, 36% to projects that combine research and art, 16% to art, and 1% to other cultural endeavours. In all, 6,385 applications were submitted during the funding call in September.

In all, Kone Foundation has awarded 30.6 million euros in grants in 2017. This sum includes, besides the grants awarded in the annual round, the funding for the winners of the Vuosisadan rakentajat (“Builders of the century”) challenge, The Finnish Society of Bioart, the IHME Festival, and the Saari Manor residency grants. In addition to the grants, the foundation donated 2 million euros to the capital campaign of Finnish universities.

Statistics about the awarded grants 2017

Awarded grants 2017 by universities (only in Finnish)

Kone Foundation measured its carbon footprint: grantees’ flights for work purposes constituted more than half of the Foundation’s emissions
Helsinki

Blog: Time to step into an evaluator’s shoes once again
Helsinki