Intersection of lines of latitude and longitude

The German group of artists OTTOdenkt conducted excavation work near the visitor parking area on the fringes of the manor grounds, with the intention of discovering the geodetic truth about the Saari Residence. And they succeeded in their aim! They discovered two intersecting lines of latitude and longitude buried in the ground!

The group excavated the soil to a depth of one metre, revealing the coordinates 60°37′ North and 21°51′ East. By revealing these coordinates, OTTOdenkt drew attention to the fact that the world’s lines of latitude and longitude are not simply an invented, abstract concept but are actually lines situated below ground that create a grid to keep the world in place.

The lines of latitude and longitude were left exposed for only a few days, because according to the OTTdenkt members the open excavation presented a danger as the coordinates might emit radiation. 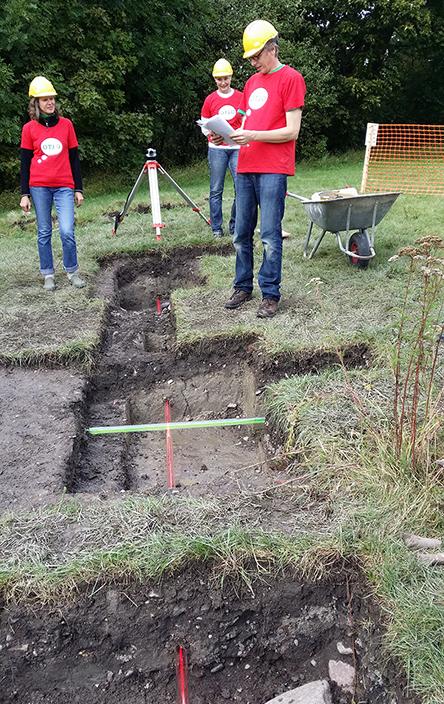 The Saari Residence’s Executive Director Hanna Nurminen declared at the opening ceremony that OTTOdenkt’s work used both humour and irony to question our one-dimensional view of the world.

The group’s excavation was supervised by the National Board of Antiquities, because the manor is a historical location and a nationally significant built heritage site (in Finnish only).