“Fun, wonderfully un-Finnish and not at all stuck up” Hôtel Triennial de Luxe opened its doors in Mynämäki

Mynämäki’s part in the RECEPTION triennial of collaborative arts culminated in late April, when the reception of Hôtel Triennial de Luxe opened its doors in the machinery hall of the Saari Residence.

The festivities had already begun the night before, with a theatrical piece “Varjohallitus” by Ishmael Falke, Sandrina Lindgren and the Mynämäki Shadow Cabinet. In the performance, the Shadows of Mynämäki illustrated modern and local history in windows and on the streets.

Prepared by Falke, Lindgren and the evacuees of Mynämäki for the RECEPTION triennial, the piece was performed twice and attracted an audience of around 150 people in front of the old paper shop in Mynämäki. The piece not only touched the audience by depicting the experiences of the evacuees – the horrors of war, losing one’s home and building a new one – but also provided a broader perspective of today’s refugee situation. According to Falke and Lindgren, in light of the current refugee crisis it is interesting to bear in mind that some Finnish people once arrived in the area as refugees.

After teary eyes were wiped, it was time for a change in atmosphere when the official hotel of the triennial, Hôtel Triennial de Luxe, opened its reception to friends of the collaborative arts on Thursday. After Hotel Manager Nurminen cut the silk ribbon, the guests were invited to make themselves hats and raise glasses of mead to celebrate the First of May.

After a welcoming speech by Hotel Manager Nurminen, Triennial de Luxe’s in-house voice poet, Dirk HuelsTrunk, took to the stage, wowing and charming the audience with his dadaistic poetry. 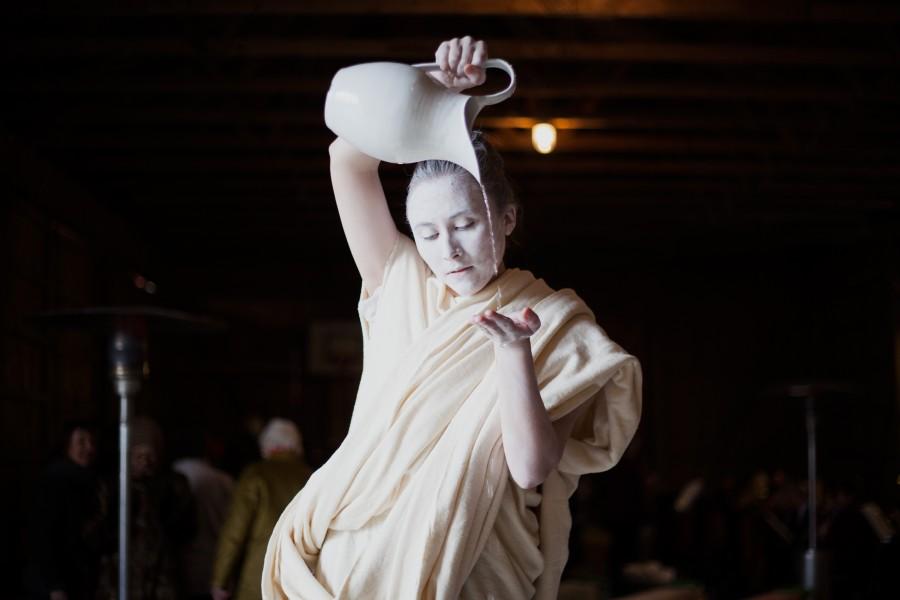 From the reception of Hôtel Triennial de Luxe, the guests were invited to peek inside hotel rooms where artist pairs Sandrina Lindgren and Ishmael Falke, and Dzamil Kamanger and Kalle Hamm, presented their works after working at the Saari Residence during the spring. Lindgren and Falke performed a scene from “Varjohallitus” and discussed its preparation process.

In the old barn, Kamanger and Hamm had prepared an exhibition on the process involved in their art project, Gaycache. However, the exhibition was not easy to reach – or to locate. In the spirit of gaycaching, the guests had to use a GPS device to find their way to the barn across the manor grounds. The opening of Hôtel Triennial de Luxe also served as the official opening ceremony of the Gaycache. The gaycaches are available for the public to find until 5 June. 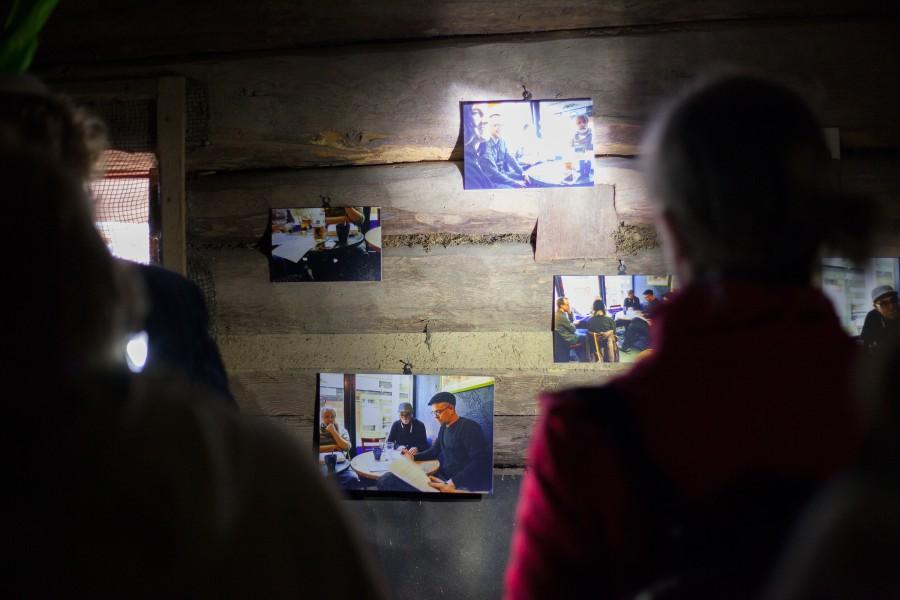 After these presentations, it was time to return to the hotel reception where the evening continued with food, drink and dancing. The house band Nousteprassi filled the air with rhythmic spring music that cajoled the Shadow Cabinet and even the Hotel Manager to take to the dance floor. 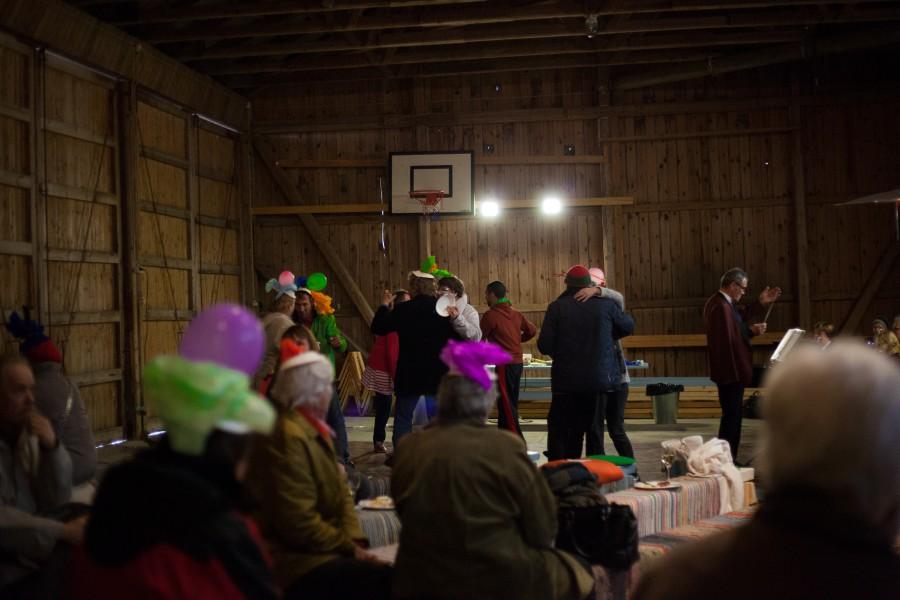 The programme for the following day included serious topics as a change from merry-making. The artists behind the Shadow Cabinet and Gaycache, and the participants from both projects, assembled in the drawing room of the manor to ponder and analyse their pieces from the viewpoint of collaborative art processes.

The discussions focused on the relationship between the audience and the process of each piece. The lively discussion focused on issues such as the following questions: how can the audience influence a piece and vice versa? What challenges can arise during a project? What do the participants and the artist gain from a project?

Everyone behind Hôtel Triennial de Luxe would like to thank the guests for a successful celebration. We are looking forward to other RECEPTION events in Kemiönsaari, Vaasa and Turku. Merci et à bientôt !