Welcome to Europe? Between causes of flight and deportation

The occupation of the Nigerian embassy in Berlin, October 2012. Video still: Feliziani.

The European media has presented a version of the “refugee crisis” in which two questions have been eclipsed: How is decided who is allowed to stay in Europe or Finland? From which kind of places and conditions do people actually flee from? The media activist project makes visible global connections and asymmetric power relations to which these two questions refer. The international project team brings together art, activism, education and research.

From the point of view of a refugee or a migrant the threat of deportation is often an everyday reality. The project investigates and raises awareness on some less well-known practices of removing “undesired” foreigners from European states today. Which forms of resistance have emerged against deportation practices? Can critical knowledge “travel” like people? EU leaders often talk about fighting the causes of flight and migration. The project poses a direct question:

What is the complicity of Europe in crises and conflicts in the home countries of refugees and migrants?

The project brings international refugee activists to Finland and enables networks between asylum seekers, refugees and activists in Finland. Through visual and accessible means it also aims to build critical awareness on politics and policies of deportation and on causes of flight among different groups of people, such as those active in the fields of art, activism, refugee issues or research, journalists, lawyers and anybody living in Finland. 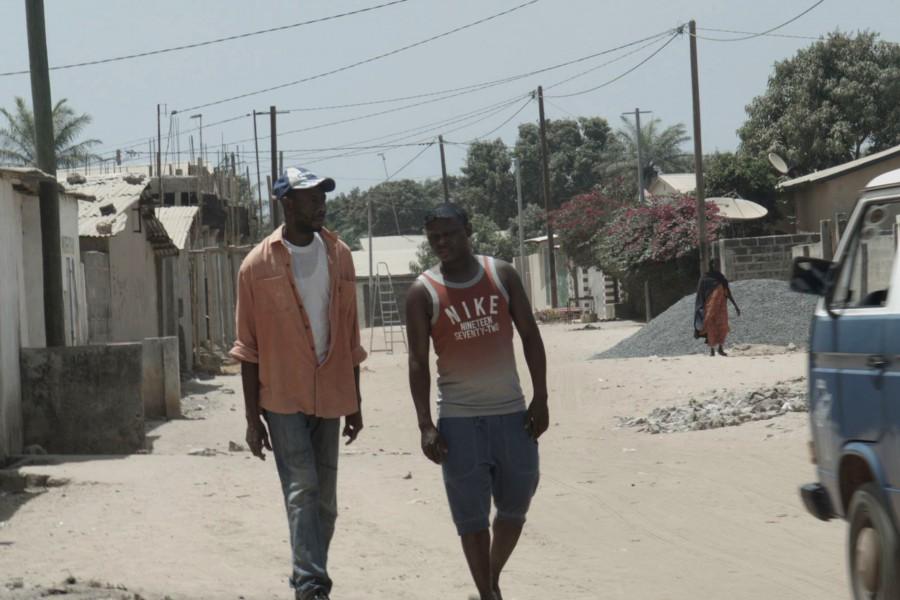 Yusupha Jarboh and refugee activist Rex Osa in Banjul. Jarboh, a Gambian, was deported to Nigeria after the Embassy of Nigeria in Germany had falsely confirmed him as a Nigerian citizen and issued a travel document. Video still: Yong Jian Chu

The project continues the activist research of Rex Osa and Claudio Feliziani on the questionable deportation practices of the Nigerian Embassy in Germany. These are set into a wider context of European deportation policies and EU-Africa -relations. New video material will be produced adding to the existing archive: Video interviews with deportees, refugees, lawyers, officials and activists will be conducted in Germany and West-Africa. Workshops will be organised in Finland in which video material produced in the project will be shown and local specifics of Finnish and Nordic deportation policies as well as Nordic complicity in international crises discussed. Interviews on deportations to Iraq will be conducted in Finland. In September 2016 a video installation will be shown during the urban event Karkotettujen olohuone (The living room of the deported) in Helsinki.

The issues addressed by the project will be urgent in 2016. After a sharp rise in the numbers of refugees arriving in Europe the EU states have tightened border controls and asylum criteria and are preparing to deport a high number of the newly arrived asylum seekers. They will be sent back to conflict areas in which European involvement is significant both today and through Europe’s long colonial history.