The next Saari Invited Artist, Essi Kausalainen, will throw herself into the unknown during her residency

A performance artist who examines the body and corporality in her work, Essi Kausalainen was the 7th Saari Invited Artist in 2019-2020 . During her residency, she worked on three different pieces with her collaboration partners.
Photo: Otto-Ville Väätäinen

This September in Mynämäki, Essi Kausalainen will begin her term as the new Saari Invited Artist. She works in the field of international visual and performance art and in her works explores issues related to inhabiting a body, employing various forms of art such as performance, video, object installation and sound art.

Kausalainen’s works have been exhibited around the world, from Europe to America, Asia to Africa. She has studied performance art and theory in the pilot programme for performance art at the Turku Arts Academy (Turku University of Applied Sciences) and later at the Theatre Academy in Helsinki.

The starting point for Kausalainen’s work is always the body, which may be her own or may even belong to a plant. Using different art forms is important to her because they allow her to ask questions about corporality and coexistence.

“The core of my work is about inhabiting a body – the dynamic processes that shapes and determines our being, the senses that produce knowledge about the world and make us a part of it. Asking questions is an active space that produces works, speech and existence, all of which are part of the answer. Because existing is being in motion, no answer is permanent. Asking is an endless process and requires attentiveness, which is exactly what makes this work interesting,” Kausalainen reflects.

“My objective is to use my art to create this state of attentiveness, entice people’s curiosity and marvel at the world together with other people and beings. I think about being in a body and being a creature through ecologies. When we examine the ecology of our environment, we recognise its rich complexity and diversity, and we understand its value. I strive to foster the same thing in my art,” she says.

It is typical for Kausalainen to work on several different projects at the same time, which allows her to turn her attention elsewhere when the piece needs time to develop. She feels it is important to allow her work to open up in many different directions and materialise on a different scale, with different boundaries. Her work includes many extensive collaborative projects that coexist over several years but also spontaneous works and events.

She describes her work as a balancing act between slow germination and an explosive blooming. At the same time, she feels it is a movement between being alone and acting in a group.

“Art is a magic carpet that carries me along with its indisputable logic. What keeps the carpet in the air is the support of colleagues, curators, event organisers and sponsors, and that offers me ceaseless encouragement and challenges,” she explains.

At the moment, the way Kausalainen works is to seek dialogue with a number of partners, such as artists, musicians, researchers and children. Her co-performers may equally well be plants or animals and people. Performing with others allows Kausalainen to inhabit a new state of understanding and wonder.

“In my work, I seek the same diversity and layering that makes an ecosystem work. I am looking for a reciprocal state of flow.”

Kausalainen’s work is based on performance. What intrigues her about performance is the chance to examine the dynamic process of the creatures and pieces in the works becoming something, the movement of coexistence between them.

“The living performance works with sensual qualities, by which I mean the mood, temperature, smells and vibrations of the space, and with the unpredictability that is difficult to achieve using other media,” Kausalainen explains. 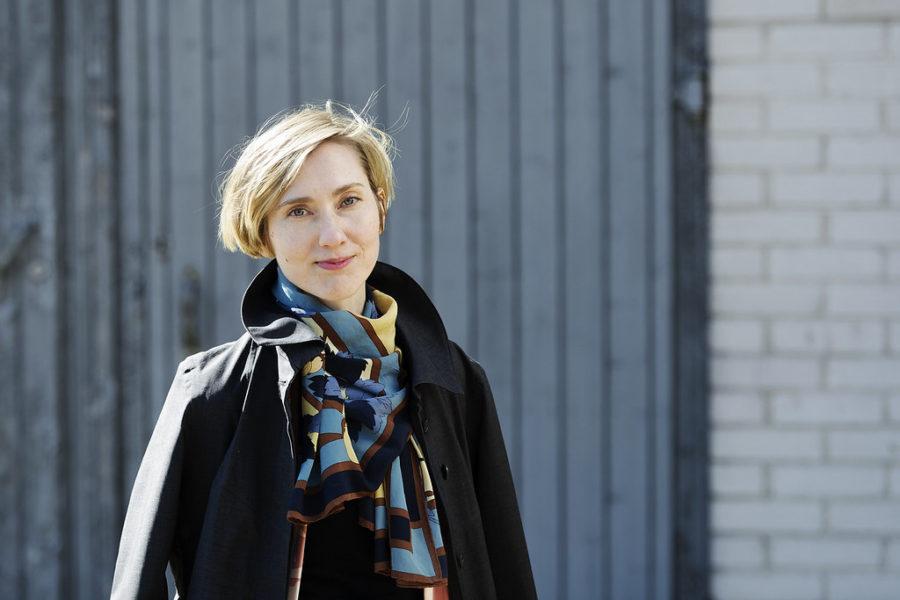 Saari Residence allows you to surrender to the new and unknown

Kausalainen expects the upcoming eight-month period as the Invited Artist to be intensive. She will be working on three performance-based works with three different working groups. Her collaboration partners from Chicago and Sweden will be visiting her at the residence. She also hopes to find time to shoot new videos.

Kausalainen says that working in the residence provides a sort of parallel reality in an artist’s everyday life, forming a physical and temporal setting for the work. The financial security and resources available at the residence, as well as breaking away from everyday routines, are also important for artistic work.

“I find that these things often open up a new perspective on my work and launch a change,” she explains.

The last time Kausalainen worked at Saari Residence was in late 2012, when she felt her artistic work was at a turning point. One era had come to an end and another was about to begin. Now she finds herself facing a similar turning point, leading her into new, as yet unknown territory.

“Artistically, I’m exploring something completely new with these projects. What I look forward to during my spell as the Saari Invited Artist is a safe environment that will allow me to throw myself into this unknown realm,” she says.

Watch a video of Essi Kausalainen talking about her artistic working methods: