How can we change the world with documentaries?

The Finnish Film Foundation and Kone Foundation co-organised a seminar and networking event on documentary film and impact on Monday August 24. The topic was, how film makers, NGO's and foundations can change the world together.

16:00
Networking with wine and snacks

Two hours at a seminar did not feel like two hours at a seminar when Beadie Finzi from the Britdoc Foundation described the Good Pitch project and the impact of documentary films. Over one hundred film makers, representatives from NGOs and foundations, and other people interested in this subject participated in the ‘How can we change the world with documentaries?’ event organised by Kone Foundation and the Finnish Film Foundation on 24 August.

Good Pitch is a project of the British Britdoc Foundation which provides various forms of support for documentary films. 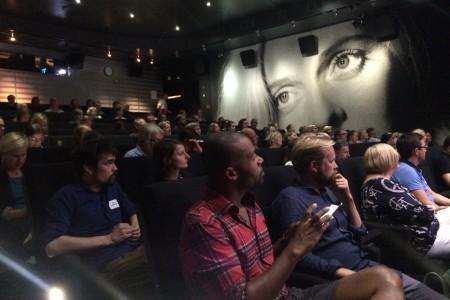 Good Pitch does more than just seek funding for films and their distribution, it also focuses broadly on the impact of films. However, as Finzi explained at the event: “The film’s artistic vision must be the most important factor.”

Finzi presented several inspiring excerpts from films and spoke about their related impact campaigns. The excepts were from films including Virunga, Ida’s diary and The act of killing. After watching the excerpts there was no denying the power of film.

The people at Good Pitch have compiled an extensive Impact Guide for documentary films, which is available on the internet: www.impactguide.org. The guide contains several case studies of films and impact campaigns and it also makes good reading for anyone interested in the impact of art in general. 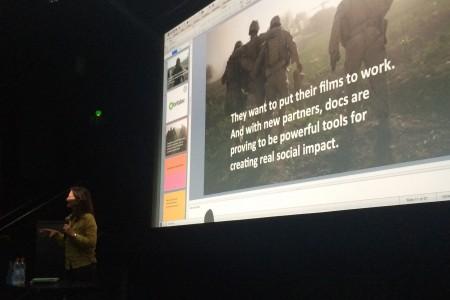 The most important method in Good Pitch is bringing various contributors together to increase the impact of film. In addition to the parties who traditionally provide funding for films, associations, NGOs, various foundations, politicians and the advertising industry are interested in documentary films. Some want to provide funding for the actual making of the film, but an increasing number are also interested in the impact of the film. Finzi explained that the making of long documentary films is a slow process, which means there is ample opportunity for cooperation to start at an early stage.

Kone Foundation and the Finnish Film Foundation have been funding the arrival of the Good Pitch concept to the Nordic countries. The Impact Lab for film makers and impact producers was organised in Hämeenlinna in January 2015 and the Good Pitch event was arranged at the Oslo Opera House in March.

More film information on the internet:

Docacademy is a project by the Britdoc Foundation which encourages teachers to use documentary film within formal learning.

A site compiled by the American organisation Active Voice to help film makers and funders understand one another, in other words: “What filmmakers and funders should talk about before tying the knot”.http://www.theprenups.org/