Science met art at the chamber housewarming party.
In order to develop our grantees’ networking, there should be more events, even outside of Helsinki – or funding for people to travel to the events in Helsinki. Photo: Neea Eloranta.

Kone Foundation’s Chamber was filled with warmth when it celebrated its opening on 29 April. Over the course of the afternoon and evening six projects that combine art and science that are supported by the foundation were presented. 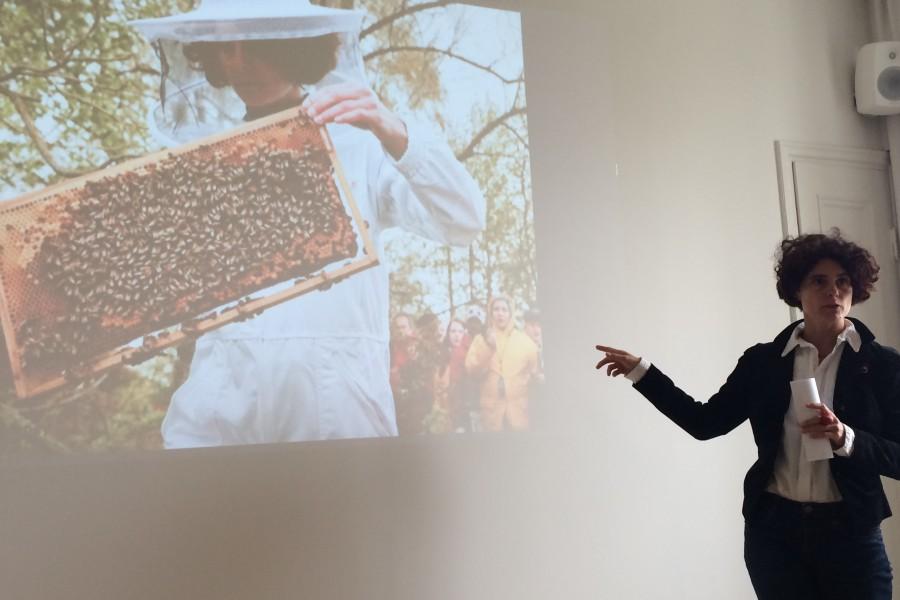 In the Melliferopolis project, art and bioscience come together to study bees and their role in an urban ecosystem. Among other things, the project aims to design architecture for bees. Christina Stadlbauer presented the project at the opening. 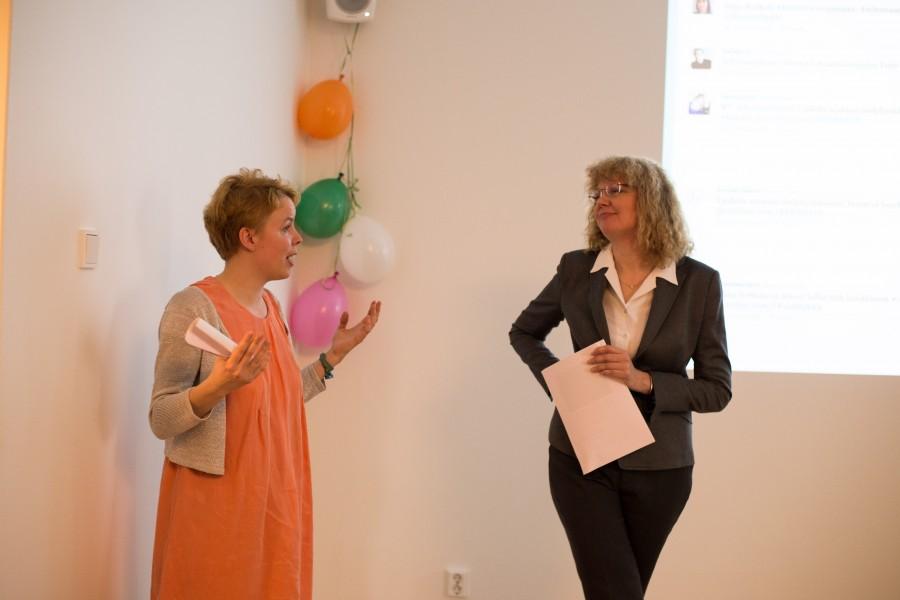 “Art makes science real,” said Riikka Notkola, who is working on a documentary film called Home of Heart which is part of a research project entitled Population Change and the Renewal Ability of Socio-Ecological Systems in North-Central Namibia. The project had the aim of boldly combining art and science. Initially, conscious efforts were made to involve art in the work, but soon it became a natural part of the project – art became just another way of conducting research. 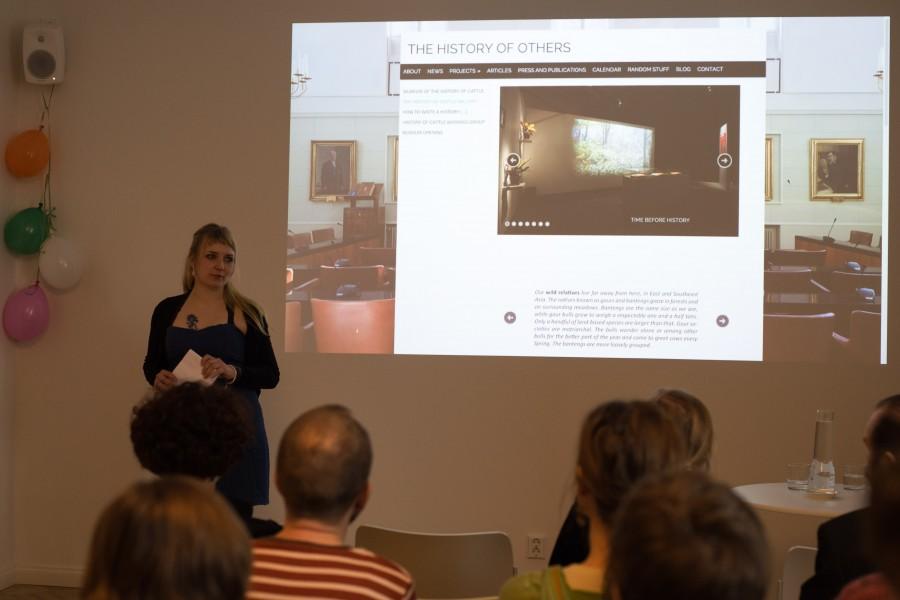 The History of Others project uses the methods of art and science to study the history and experiences of different beings in a society largely dominated by humans. “Interviewing a pig is not that simple. You have to interpret a lot, and art gives you tools for that,” says author Laura Gustafsson. 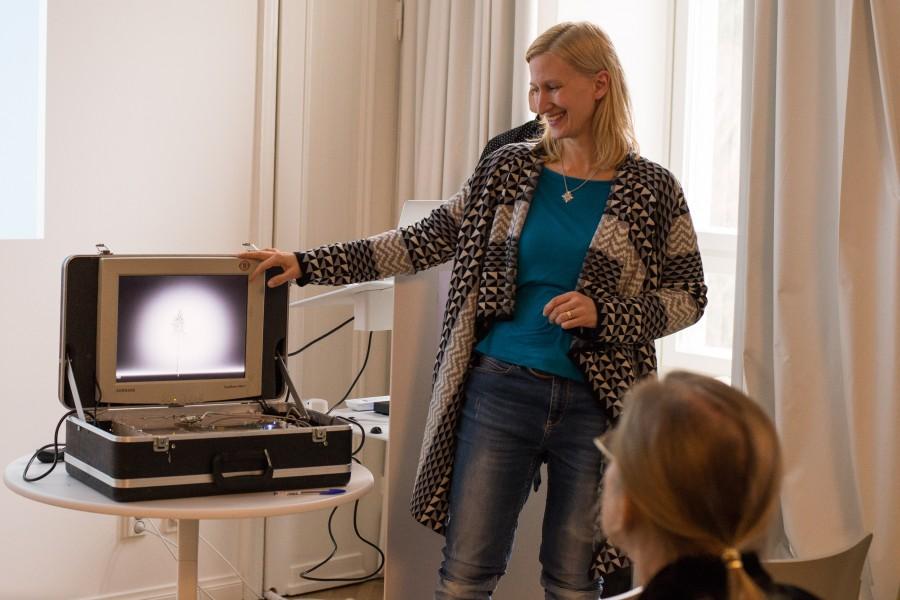 Scientific research and results are sometimes difficult to convey in interesting language that is understood by the public at large. The Climactic Whirl project’s aim is to help people gain a more complete understanding of climate change and the climate, and to make scientific research more approachable through, for example, personal experiences. The project’s elements include an artistic residency, workshops, training events and the interactive Carbon Tree website, which illustrates how a Finnish pine tree absorbs carbon dioxide under different environmental conditions. 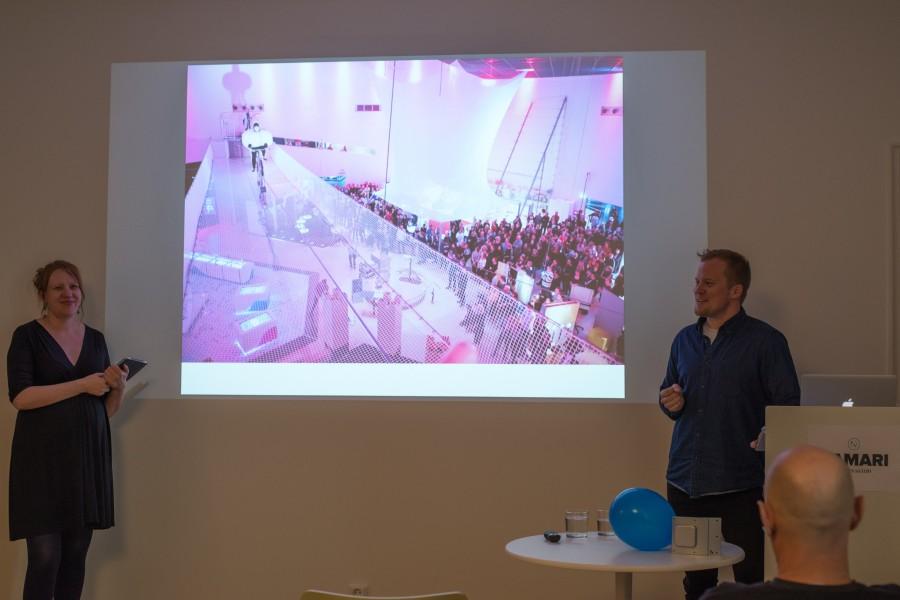 Space and Sex Journey combines art, science and journalism. Hidden behind the flashy title are events and new ways of talking about various issues. 11-kollektiivi and Long Play organised the evening for more than 700 people at Heureka, combining science with good company, music, wine and lots of fun. The artists have also experimented with a live magazine and a Q&A evening. 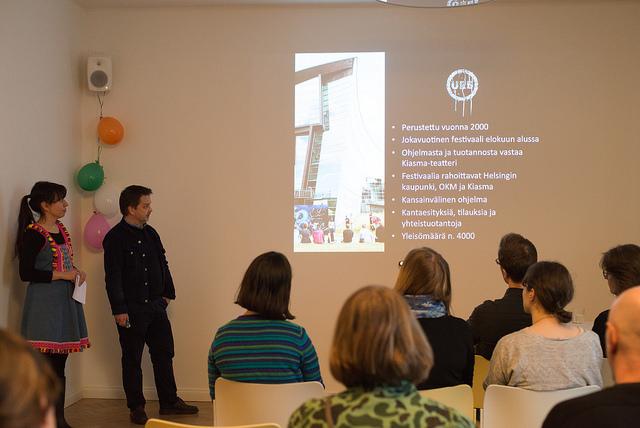 The collaborative project Art as work and a tool, which is run by interactive researchers and artists, is studying and developing an art project that will provide employment for young people. It explores the questions of what role art plays in learning and what kind of skills young people learn in their summer job project. 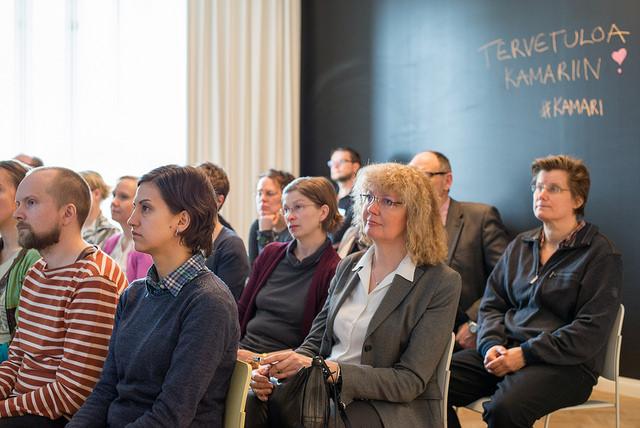 The Chamber is a space intended for recipients of Kone Foundation’s grants, which they can book for workshops, seminars or project meetings.