To celebrate the 10-year anniversary of the Saari Residence, we are presenting the artwork created on the manor grounds. On the edge of the manor park is "Sanctuary" by Gerry Loose. It comprises an area marked off by a spruce hedge only accessible to birds, and a stone with the engraved words sanctum sanctorum. It refers to the free, peaceful space the manor offers artists while also reflecting the Mietoinen Bay nature conservation area in the local area, used as a resting area by migrating birds.
Photo: Pia Bartsch

“The work is a sanctuary, a refugium for birds, mammals, insects, anything really, except humans, who will have no point of entry when the piece is fully grown. This is set within the sort of sanctuary of Saari Manor itself, which provides a place for thought and work to artists and researchers. Again, Saari Manor is set pretty much within the adjacent Wetland sanctuary for wildfowl. 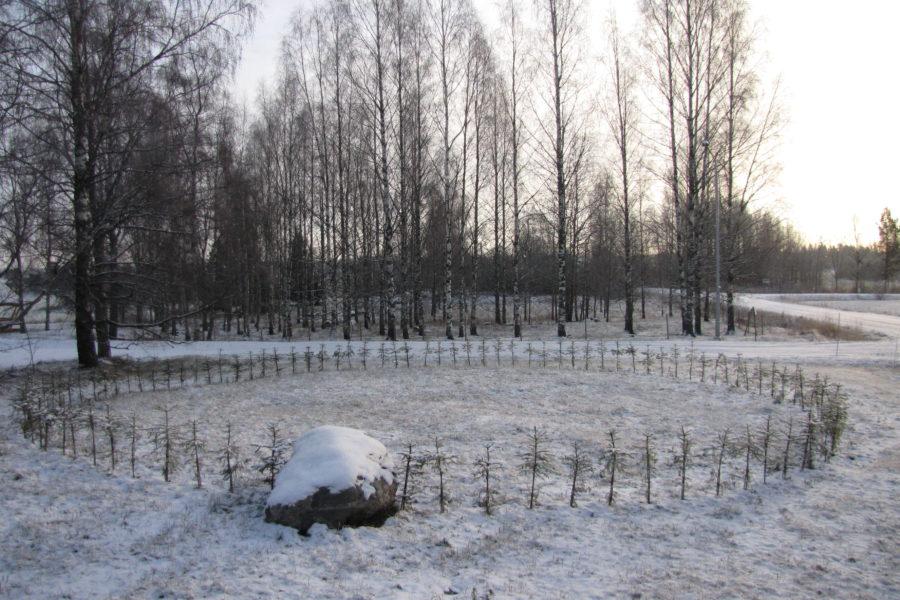 So, it is a circle (the art work) within the circle of Saari Manor’s embrace, which is set in the wider hold of the Wetland Reserve. The bigger circle is of course, the migratory circle of geese flying to and from the Reserve, and another of artists travelling to and from Saari Manor from all across Finland and the world.

But my principal objective was for a growing, changing work of art that provided an uninterrupted place for other than human animals. 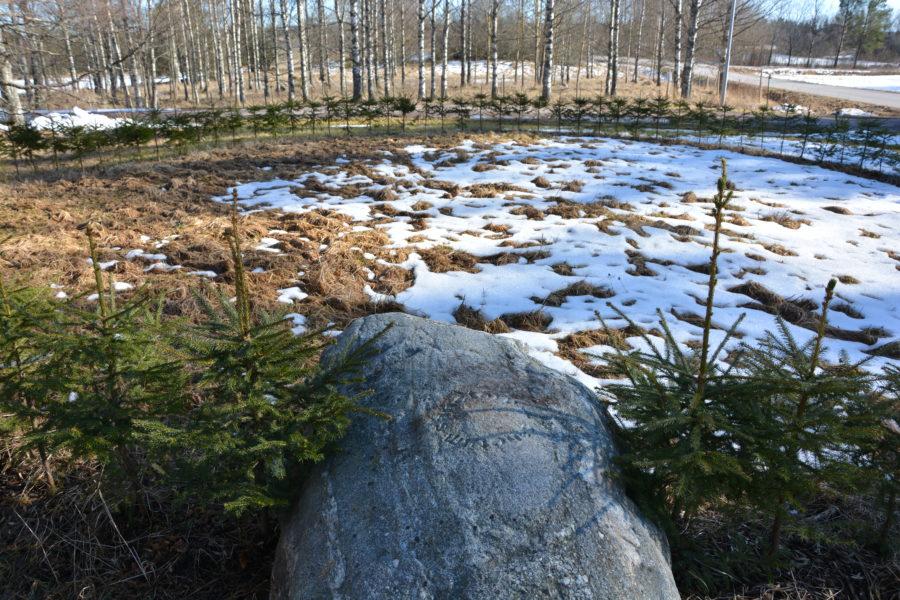 The stone is inscribed in Latin as being once the language of the botanists who worked at Saari when it was a government research centre, but also when it was owned by Augustin Ehrensvärd who had a deep interest in natural sciences and was a friend of Carl von Linne. They would have known Latin, as would the later scientists, since most plant names, courtesy von Linne (Linnaeus) are composed of Latin. It remains to this day a common speech throughout the world (the naming of all species I mean).

The stone inscription is itself made into a circle, the smallest of all, within which is the true sanctuary; as the inscription has it: sanctuary of sanctuaries.” 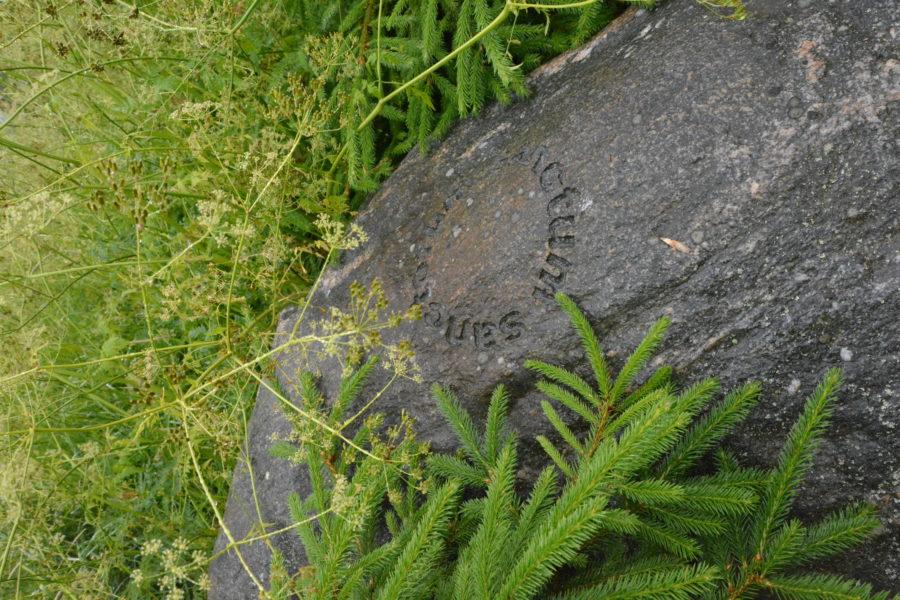