The next Saari Invited Artist Kevin Doyle, is a playwright who composes with a space

Playwright and director Kevin Doyle is the Saari Residence’s sixth Saari Invited Artist and his residency period is in 2018–2019.

New York-based writer and director Kevin Doyle has been selected as the sixth Saari Invited Artist. In September he will begin working at the Saari Residence for artists and researchers, maintained by Kone Foundation in Mynämäki.

Kevin Doyle (IE/US) works with theatre and film both in Europe and the United States. In his work, he combines elements of theatre, dance, film and music, using them to observe topical social issues.  Last year, Doyle was shortlisted for the Bruntwood Prize for Playwriting with his play when after all it was you and me (or the genocide play), which was completed during his residency at the Saari Residence in 2014.

Making the invisible visible through art

Doyle is currently exploring ways to make visible the gap between reality and the compressed and consolidated versions of reality created by media. The gap between what we see through these formats and what is actually going on is continuously growing wider. “What I saw when I drove across the United States in 2016, during the presidential election, was that the reality I saw on the ground in states like Michigan, Ohio and Pennsylvania, did not reflect the reality one perceives on HuffPost or The New York Times websites. I’m obsessed with figuring out different ways to explore that or to articulate that,” he says. When we condense the information available to us and compress our range of expressions, vocabulary and language, we lose the ability to respond and react to multidimensional issues or problems. This makes the role that art plays vital because the arts can articulate the gap so that it becomes more visible for us to manage.

Last year while doing research in Dhaka, Bangladesh for his upcoming interdisciplinary theatre-film project TRIANGLE / TAZREEN, Doyle became acquainted with several women who had survived the Tazreen Fashions factory fire. This made the gap between actual reality and the reality created by the concentrated media visible to him. He was shocked to find out that although the situation seems to have improved when you look into the issue online, in actuality it had not changed and their situation is still far from good. The media’s attention was short-lived, and the effects of social media boycott campaigns have not effectively reached the lives of those who survived the factory fire. “No journalist had ever returned to see how they were doing. The women were just blown away that what I was proposing was a different long-term approach to collaborate directly with them,” he says. 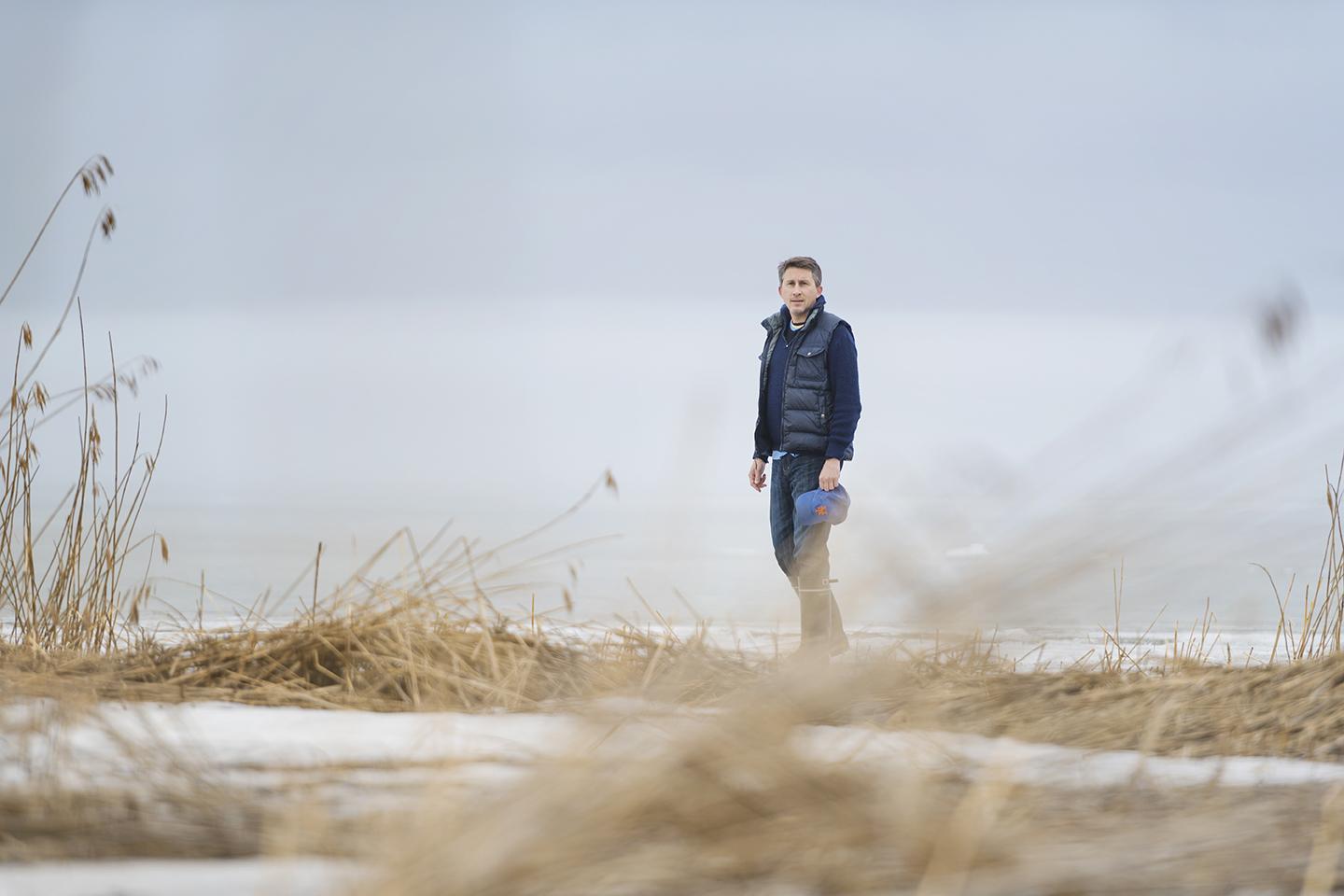 At the Saari Residence, Doyle intends to write some plays that he has been developing in his mind for nearly 20 years. One of the projects he is planning to work on is an interdisciplinary play called Asylum, which follows the lives of a suburban American  family for a period of 30 years through various changes in American society and breakthroughs in technology. The television, Internet, game consoles and smart phones have encroached upon their family life and each family member now spends less and less time together. “As each of the family members are impacted by the unravelling of American institutions in different ways during the years, recessions and unemployment for example, a process unfolds around the comforts of new technologies and the unique distractions and amusements each provides. At first, the family retreats to the home for consolation and protection from these unraveling forces, but by the time the play is over, the suburban family home has been transformed into an insane asylum, one that may resemble America itself,” he explains.

Working with one large and a few smaller projects at the same time is a typical method for Doyle. During his eight months of working at the Saari Residence, he intends to also work on some smaller pieces: plays, installations or media works. One of them deals with the structure of popular super-hero movies and the fact that there’s actually very little dialogue in them. “If you are a young person in America, for example, and you have no access to a wider range of information, why not vote for the candidate or be attracted to the candidate who speaks the same terse sentence structure of what you yourself are digesting every day,” he sums up, referring to the election of President Trump.

Doyle sees his period as the Saari Invited Artist as a unique opportunity to focus on writing and making art. While working at the Saari Residence in 2014, he realized that he had forgotten some basic lessons he had learned earlier in his life about writing plays, amidst the pressures of running his own small theatre company and engaging in other artistic projects. They came back to him at the Saari Residence. “I forgot that things solve themselves on the page and that things get revealed, just in the act of writing itself.  I rediscovered those lessons and it gave me the confidence to really amp up my applications for other ideas that I had been thinking about for a long time,” he says, reflecting back. “I am eager to find out what other lessons or things I may have forgotten, what might come to the surface during my time in Saari. This is a pretty rare opportunity on Planet Earth to be able to really sit down and figure some things out, discover some new ideas, and re-learn what has been forgotten,” he continues.

Watch a video of Kevin Doyle talking about his working methods

The artist wishes to acknowledge the French dramatist Michel Vinaver for his continued dialogue and support.