The German media artist and physicist Rona Rangsch worked enthusiastically at the Saari Residence in 2014 on her project, which combined science and art and is entitled: Nature happens. Evolution - interactive self-creation of marvellous un-intelligent design.
Rona Rangsch combines science and art in her work. Photo: Pirre Naukkarinen

Science and art in the same picture

The purpose of Rangsch’s work is to raise awareness about science through art by visually expressing selected central aspects in a novel manner. She started the Nature happens project at the RONDO residence in Graz, Austria, late last year. In Graz she studied evolution and the biosciences and created collages that illustrate the broad range that the biosciences cover.

Why evolution and the biosciences?

Rangsch’s current work is originally a reaction to the attempts of creationists and proponents of intelligent design to use science to gain attention for their cause and the knowledge that there are schools where children are taught the creationist view of the origin of life. As a physicist she found this disconcerting, which led her to become increasingly fascinated with evolution.

Studying evolution she became naturally interested in the biosciences, which study living subjects at the molecular and cellular level as well as entire organisms and ecosystems. They are all based on evolution. At the RONDO residence in Graz she met bioscientists from local universities and learned about bioscience research and its theoretical framework. She met zoologists, botanists, cell and developmental biologists, palaeontologists and natural historians and became impressed with the broad range covered by the biosciences. What is more, she understood that through life nature creates complex order from simple, unordered matter – a stunning phenomenon per se and even more so for the physicist who had been taught that naturally, structured order tends to be anihilated and entropy maximized.

Rangsch is very fascinated by the cell, the universal building block and irreducible unit of life. She is especially interested in the origin of life, how life developed both from the viewpoint of the individual organism and universally. 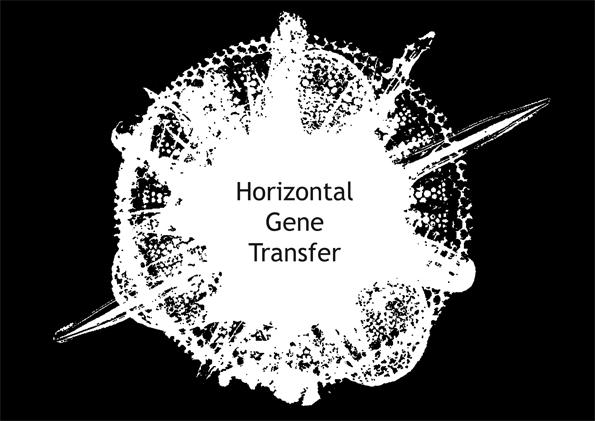 At the Saari Residence Rangsch returns to the origins of her project, the theory of evolution. She primarily focuses on the different scenarios discussed among scientists as to how life might have arisen from the inanimate and related early stages of evolution that may not yet have followed the Darwinian rules. She studies hypotheses like the RNA world scenario and that of closed autocatalytic sets which all share the issue of how the complexity that separates the organic from the inorganic has originally emerged. She aims to develop a visual representation for specific central phenomena related to the origin and early evolution of life and its complex essence that she hopes will transport her fascination of the topic.