Res Artis symposium: Reflections on empathy and a post-fossil future

In June, numerous people from various international residences gathered in Rovaniemi where the worldwide network of artist residencies, Res Artis, held its annual conference. The weekend before the actual conference, Saari Residence and HIAP organised a symposium where invited participants could meet, get to know each other and discuss the themes of residence activities and their sustainability beforehand. 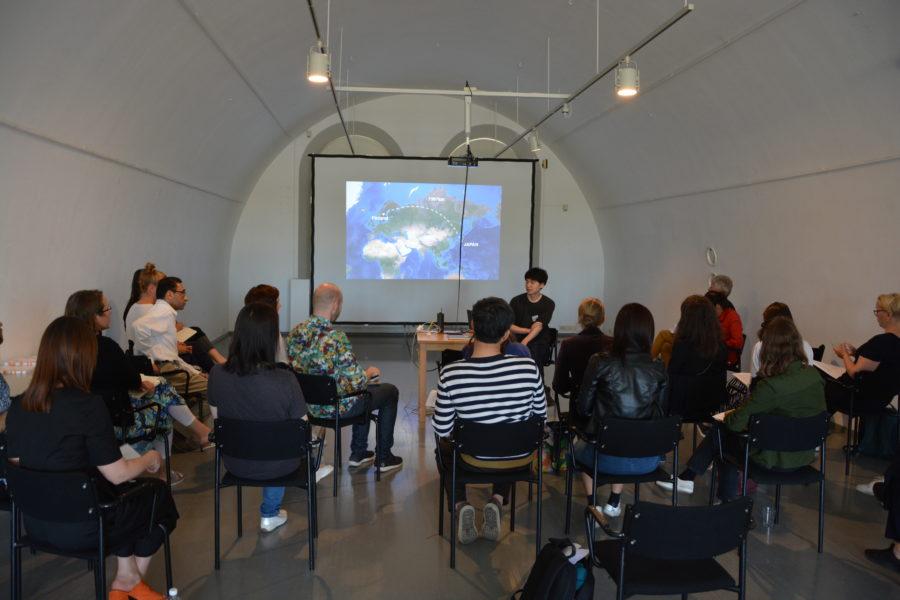 On Saturday the 16th of June, the symposium participants assembled on the historical fortress island of Suomenlinna in the HIAP premises. In addition to Finland, they included representatives of various residences from Russia, Japan, Estonia, Germany, South Korea and the USA. After a round of introductions, the Japanese Paradise Air and the Finnish Ars Bioarctica shared their experiences of their activities. Paradise Air in the city of Matsudo is located in premises that used to house love hotel and is funded by a local gambling company. During their residency, the artists complete a work of art or performance for the locals. Ars Bioarctica is located in Kilpisjärvi in Finnish Lapland and is a residency programme that focuses on the subarctic environment. Its aim is to combine art and the natural sciences and it is run by the Bioart Society together with the University of Helsinki’s Kilpisjärvi Biological Station. 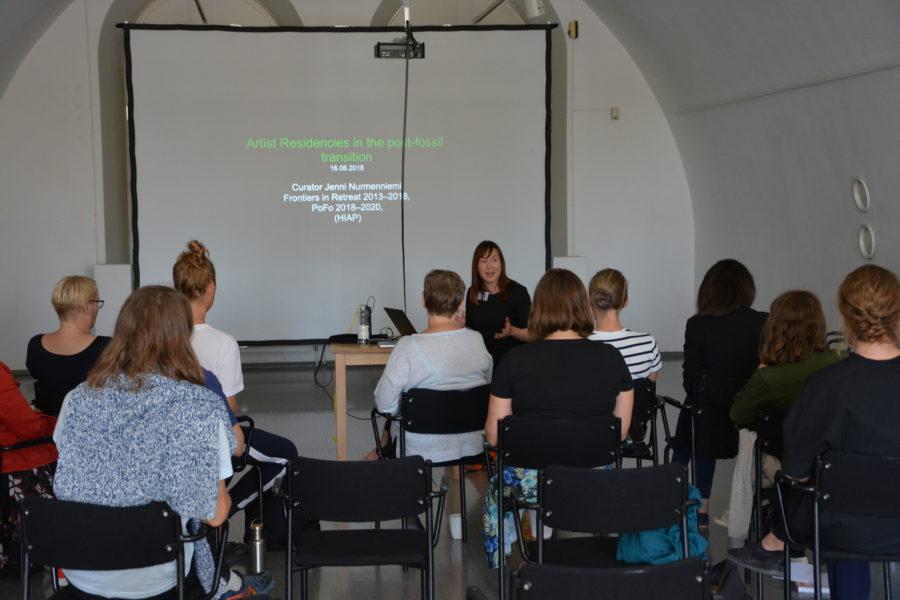 In the afternoon, HIAP’s artists in residence, Raimo Saarinen and Nestori Syrjälä, talked about their work and presented their work facilities, after which the HIAP curator, Jenni Nurmenniemi, discussed artist residences in the post-fossil era. Issues concerning the environment and nature in the post-fossil era will be comprehensively linked to the way societies work, and for this reason, they should not be seen as separate from culture. According to Nurmenniemi, the post-fossil era will be taken into account at HIAP in terms of food, recycling and the reduction of energy consumption and travelling, among other things. 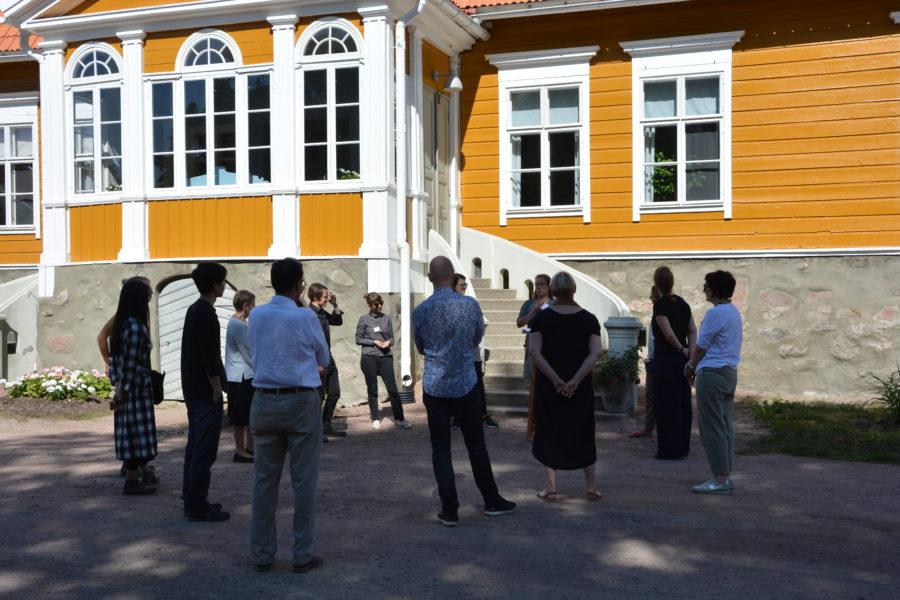 The symposium participants explored the activities of the Saari Residence. Photo: Silja Pasila

The next day, on the 17th of June, the participants were introduced to the Saari Residence and they contemplated slow time and the future in the context of residences. Jessyca Hutchens from the Ruskin School of Art, the University of Oxford, who is studying for her doctorate, gave a presentation entitled ‘Gift of Time: The Residency as Retreat’, in which she highlighted their significance. 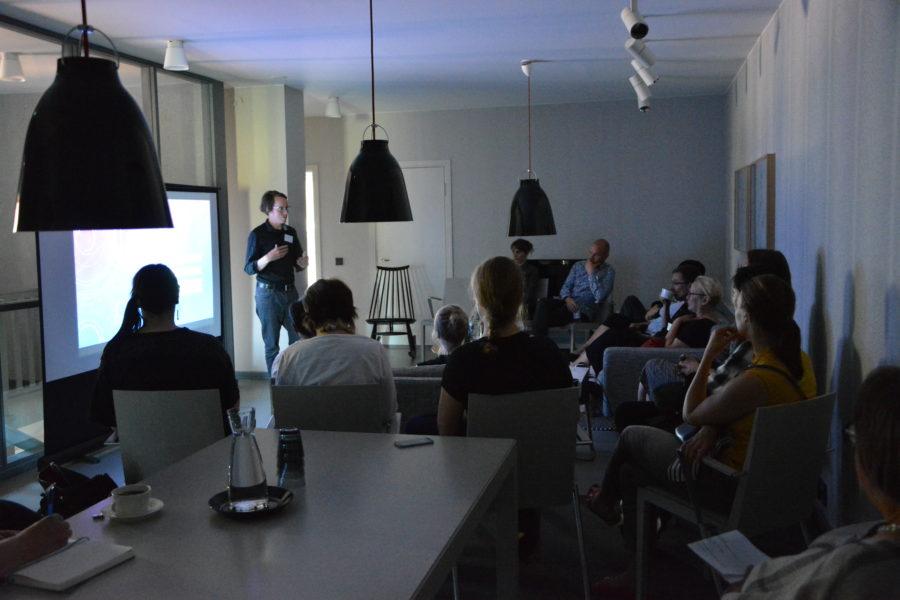 After the presentation, the participants continued the discussion in small groups, pondering the precious time residences offer artists, topical themes in residence activities and artists’ travelling. Slow time was noted to be characteristic particularly of the Saari Residence. Slowness is an important quality, as in the midst of the everyday rush it makes artistic work possible and actually enables artists to be artists. Also, the importance of empathy, interaction and communities were emphasised. At the same time, the travelling involved in residencies was considered. Travelling sharpens the artist’s senses, but what role will it play in a post-fossil society? The groups discussed the possibility of extending the viewpoint to include, for example, travel inside the borders of the artist’s home country, while avoiding travelling by air. The importance of internationalisation also came up. 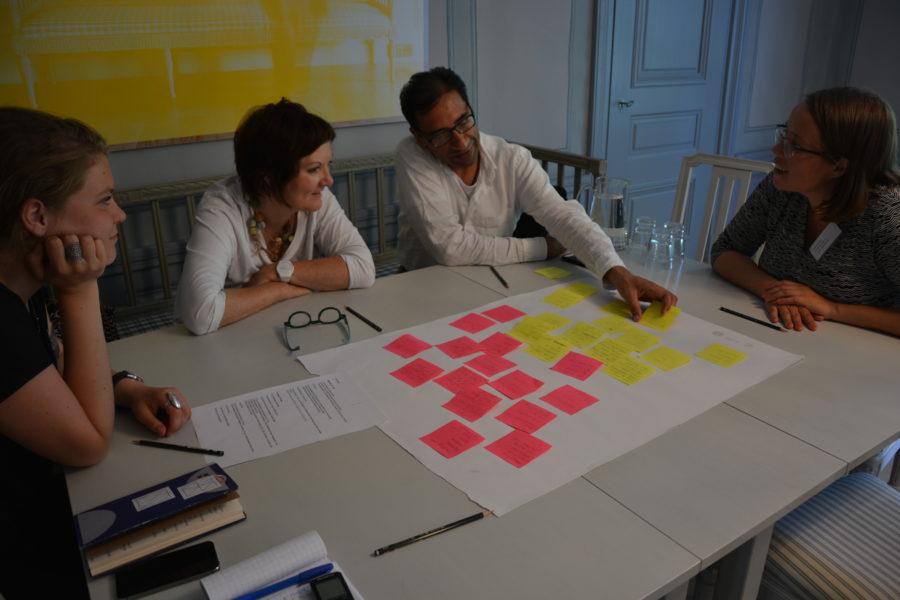 The speculation was continued in Nick Balcom Raleigh’s (University of Turku) workshop called New Senses for the Future where the participants looked into what artificial senses we might need in the future. Via various future scenarios (such as cyborgs, the third world war, vegetarianism, species becoming extinct, etc.) the group came to imagine and plan devices that would increase and regulate people’s capacity for empathy. How could people in the future respond, not only to each other, but to other species with greater understanding? Heads filled with such thoughts, the artists started their journey towards Rovaniemi and the Res Artis conference.