Päivi Hirsiaho and the power of calm

During her residency, artist Päivi Hirsiaho spent up to seven hours each day drawing her animated diary. Her other pastimes included singing to the cows in the waterfront pasture. She is inspired by the spirit of Saari and enjoys every second of her time there.
Photo: Päivi Hirsiaho

The signs of autumn are in the freezing air, but artist and animator Päivi Hirsiaho, Master of Fine Arts, is excited by the Saari Residence and its changing natural environment. She has just returned from a short film festival in Iceland. Her animation You’re lost little girl won first prize in the animated series of the Helsinki Short Film Festival in 2015, opening the door to European film festivals.

The artists working in the Saari Residence frequently mention the unique atmosphere of Saari. Hirsiaho is also enthusiastic about the calm and inspirational power of the Residence. ”Here, I am free to pursue my artistic work. I wish it were always so!” she says.

Seven hours of drawing each day

The Saari Residence and its surrounding nature have given whole new dimensions to Hirsiaho’s work. The residency period has been more fruitful than she dared imagine. ”I planned to work a lot, but I was still surprised by how much I have achieved here,” she says. ”I am normally productive and tend to progress quickly in my work, but my work rate at the Residence has been amazing. I have drawn something every day and worked up to seven hours on my best days. Now that I, for once, have the chance. My wrist gets sore on days like that, but I balance it out by playing the guitar with my left hand,” Hirsiaho says. 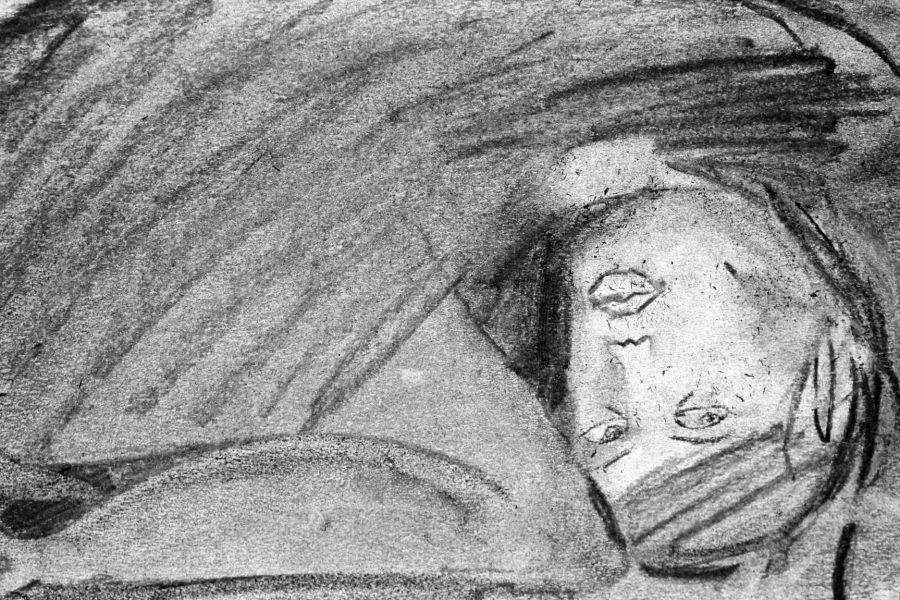 At the Residence, she has been drawing an animated diary for which she has collected a wealth of material from the surrounding natural environment. She has drawn something for the diary every day, always beginning with a self-portrait. Self-portraits, in which the artist poses for the camera with a drawn portrait held in front of her face, are typical for Hirsiaho’s work. ”I often take solitary walks in nature and always bring my camera with me. I photograph a lot and want to take pictures with a human being in them. That is most often me, for the sake of convenience if nothing else. Nowadays, I always take my camera and tripod with me,” she describes her methods. Hirsiaho has lately been experimenting with various animals, such as cows, wolves and foxes, in her self-portraits, but deer have taken up an increasing part of her most recent work. ”Maybe it is because I feel that deer are the animal closest to myself,” Hirsiaho says. Her photography project Deer Diary, which she has also been working on at the Residence, revolves around deer.

Hirsiaho speaks highly of the aural landscape of the Residence and its environment. She has taken many walks with a tape recorder and recorded a wide variety of sounds. She has also made drawings inspired by sounds: after recording, for example, the sounds of a cricket, she has listened to her recording and let it invoke associations in her mind. The associations have then inspired her to create drawings.

The changing aural landscape of nature has given Hirsiaho plenty of new material to work with. The beginning of her residency was replete with various animal sounds: an incredible plenitude of geese, herds of cows and sheep. Now, the sounds of nature are dying down, and her recordings are dominated by the calls of jackdaws and ravens. Hirsiaho has also recorded other sounds, such as the noises made by her coffee maker, for her upcoming animation.

An audience of cows

Hirsiaho is a versatile artist who plays the guitar in addition to her work with the visual arts. She has suffered from stage fright when playing music, however, she received help from an unexpected source. ”I played my guitar to the cows in the waterfront pasture, and they dutifully lined up to listen to me play and sing. I also tried performing for the sheep, but they were not interested,” Hirsiaho says with a smile.