We asked three comic artists – all of them 2016 Kone grant recipients – to illustrate their own interpretations about three new grant projects. Mari Ahokoivu’s illustration brings to life the theme of Victoria Peemot’s thesis: the relationship between humans and horses in the Tuva Republic, Altai Republic, and Western Mongolia, all located in Inner Asia. Hannele Richert drew Sami activist and director Pauliina Feodoroff in her illustration about her workgroup’s initiative “What Agreement Looks Like.” Researcher Ralf Kauranen, docent Olli Löytty, and comic artist Johanna Rojola from the “Comics and Immigration” project say hello to us in Juliana Hyrri’s image. 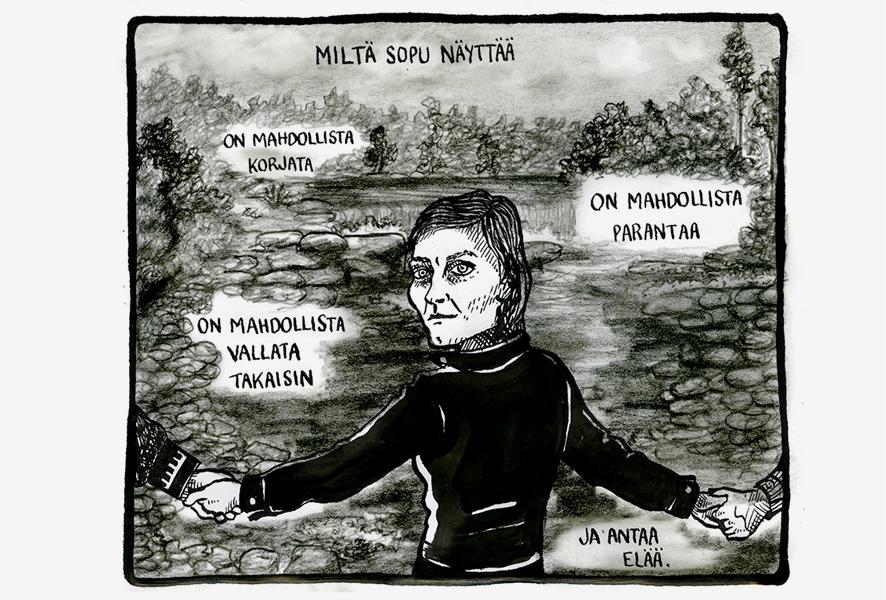 In order to protect the waters and pastures of the Näätämö river area, theatre director and Sami activist Pauliina Feodoroff has assembled a group of artists, academics, and bearers of traditional, natural, and local knowledge. The multi-year project, directed and realized by members of the local Sami community, will change the ways in which natural resources are controlled and will create new collaboration between officials, scholars, and local inhabitants. The aim of the project, What Agreement Looks Like, is to advance the position of the Sami languages and culture by combining Sami customs with areal planning. This is the first effort of its kind in Finland. 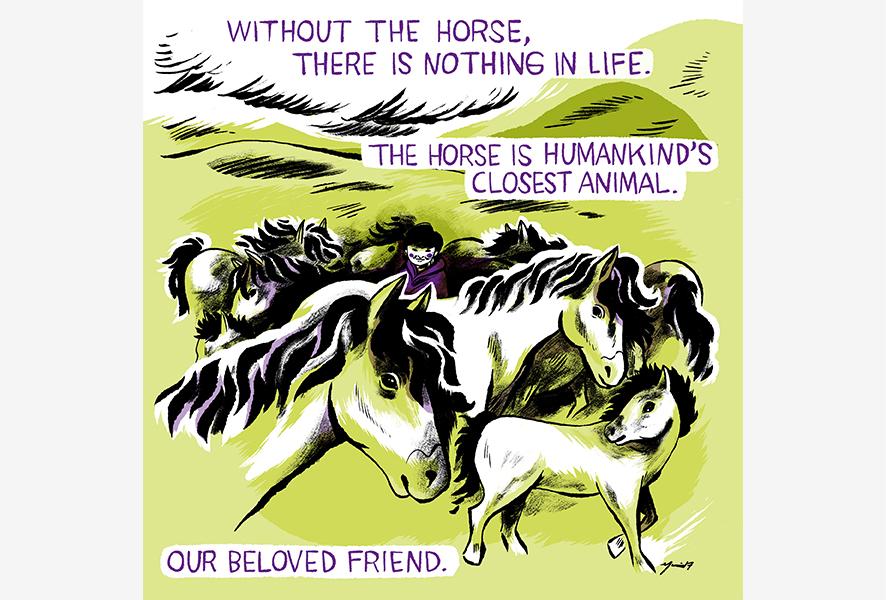 The failing ability of humans to maintain an ecological balance throughout European-directed modernisation has motivated scholars to reconsider cross-species relationships. Our intertwined sociality and mutual dependence with nonhuman forms of life has been examined in recent academic animal studies.

Victoria Peemot’s research focuses on human-horse relationships in the Tuva and Altai Republics (located in Russia), as well as in Western Mongolia. These societies are traditionally nomadic and centred around nonhumans, including animals. The complexity of political and social change has impacted the region extensively. This region used to be a political and multicultural unity prior to Soviet and then Russian colonisation, which reshaped the lives of nomadic pastoralists and animals as part of the planned socialist economy. Now the area is being increasingly impacted by the global market economy.

Despite the horse’s significance, both spiritual and material, for peoples of the Altai region, as yet there has been no research investigating the complex multispecies sociality and the indigenous methods for balancing human-nonhuman relationships affected by these drastic changes. 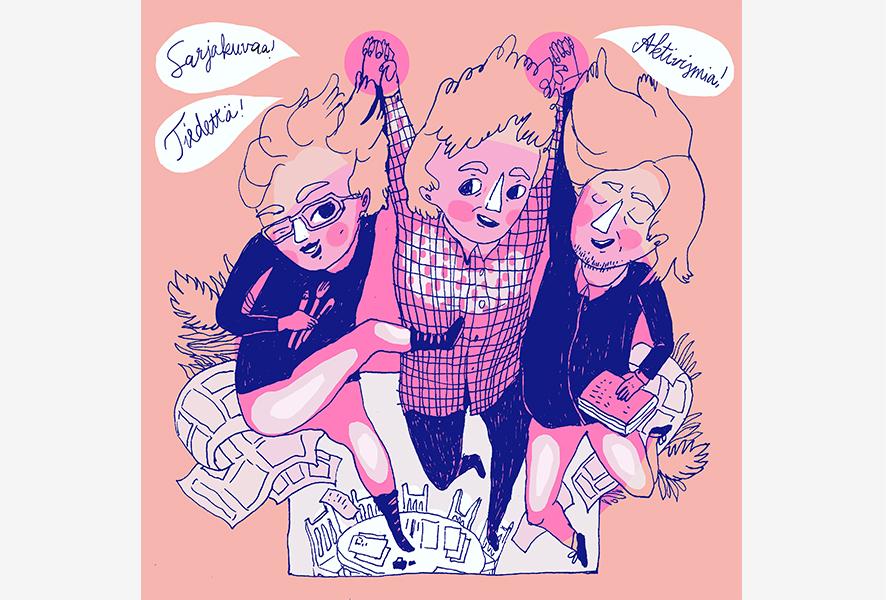 Researcher Ralf Kauranen, docent Olli Löytty, and comic artist Johanna Rojola, along with their workgroup, will examine one of the most essential issues of our time: immigration. The group believes that comic art has the power to help and to heal the sensations of rootlessness and to solve conflicts taking place within cultural interaction.

In considering mobility and migration, the sense of belonging to a culture or place becomes a fundamental question that defines the value, status, experiences and reality of human beings. It is important to ask, “Whose stories are being narrated, whose voice are getting heard, and who is left invisible?” How can comic art foster a sense of belonging in the members of society?