A new splash of colour appeared in the centre of Mynämäki at the end of last week, when a magnificent mural was completed on the wall of the village’s upper secondary school. Local participants joined the Saari Residence community artists Pia Bartsch and community artist Heidi Hänninen to create the mural in a four-day workshop.
Photo: Pia Bartsch

In celebration of its 10th anniversary, the Saari Residence opened a communal facility in the centre of Mynämäki in spring 2018. We asked the guests attending the opening of Saareke on 25 April 2018 for suggestions on events at Saareke and cooperation with the community artist. The creation of a mural was first mentioned in this context. Two weeks later, the community artist and experienced mural painter Heidi Hänninen arrived for the first time in Mynämäki. Just four months after that, a mural was blazing out from a wall of the Mynämäki upper secondary school.

The project did not have an easy start, due to the scepticism expressed in the social media about the location and mural: “Is Mynämäki becoming some kind of American slum, with shit smeared on every wall? The mere thought that an entire wall needs to be ‘touched up’ with some kind of picture makes me want to puke…” At the first meeting with the participants, we discussed issues such as art in public places and the related problems. Heidi Hänninen gave us an overview of mural art, during which her strong professionalism lit a fire in us regarding the future workshop. We designed the work through negotiation, worked together on the drafts, and had already cut out the stencils by the end of the second meeting. 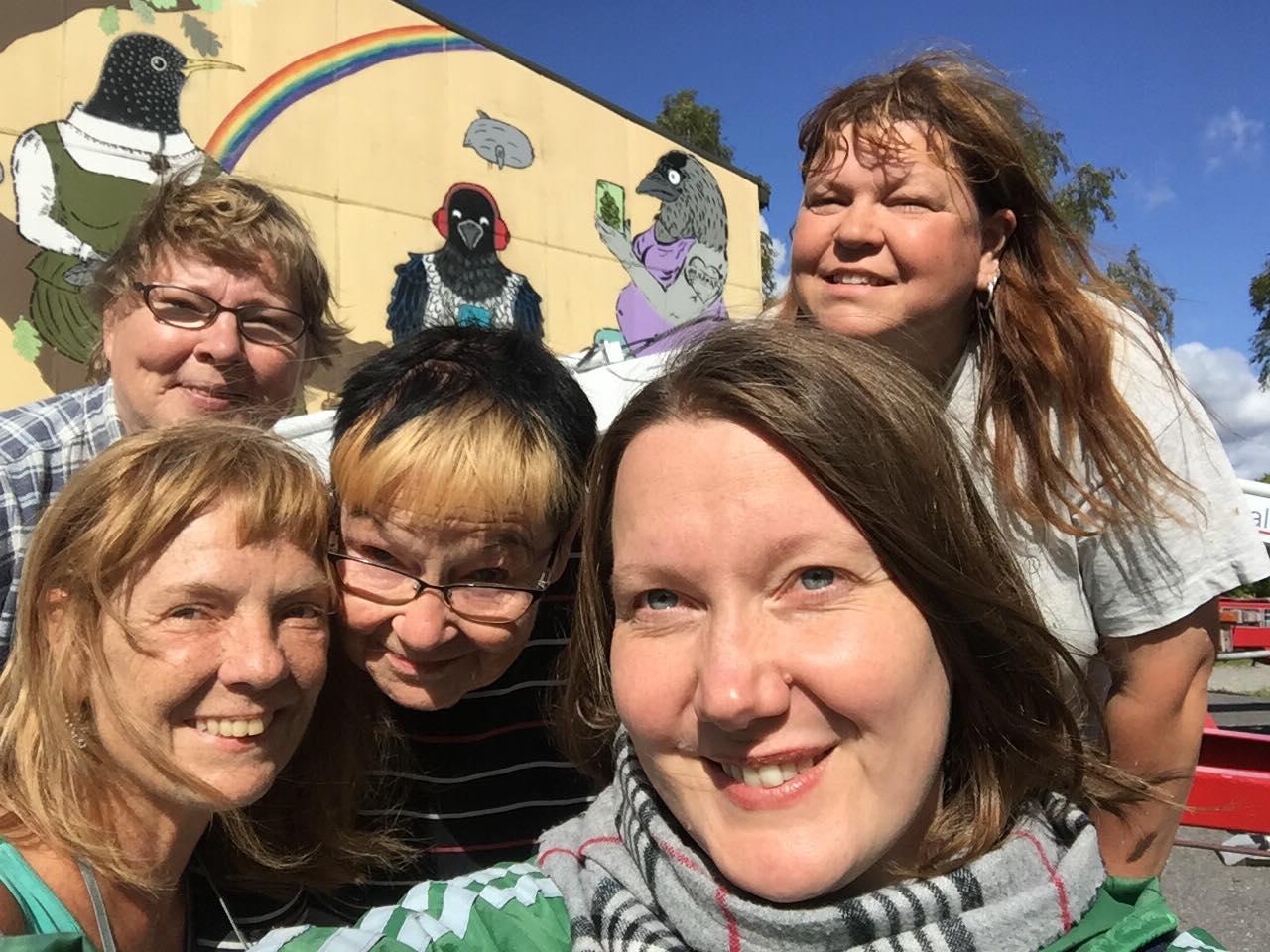 The MynäMural was created in a four-day intensive workshop in mid-August 2018 alongside three local ‘superwomen’: Hannele Akkanen, Hely Haapanen and Pirkko Hurmerinta. The first-year upper-secondary students of visual arts teacher Markku Karttunen – along with two children – added acorns and leaves to the work.

When we posted a picture of the completed work on Facebook, the comments were completely different: “It is so great! More of these, please!” and “Outstanding idea and realisation! Way to go, Mynämäki!”

What about the participants? In one way or another, they would probably echo Pirkko’s statement : “Despite the blood, sweat and tears involved, the race against the failing light in the evenings, and the tiredness and aching knees, today and yesterday I felt like a hero!! Sunniest regards, Pirkko.”

And by the way: we have already had two new proposals for locations where people want to see a great painting!