The public had a unique opportunity to see the premier of an animated film called MynäMenun on Sunday 27 April in the main hall of the Saari Residence. The animated film was produced in workshops led by Serbian multimedia artist Lea Vidakovic, who participated in a research and artistic residency, and community artist Pia Bartsch held in March-April for members of MSTT ry (Association of unemployed jobseekers in the Mynämäki area).

MynäMenu is about traditional Finnish foods, which the participants of the workshops prepared for the animation. 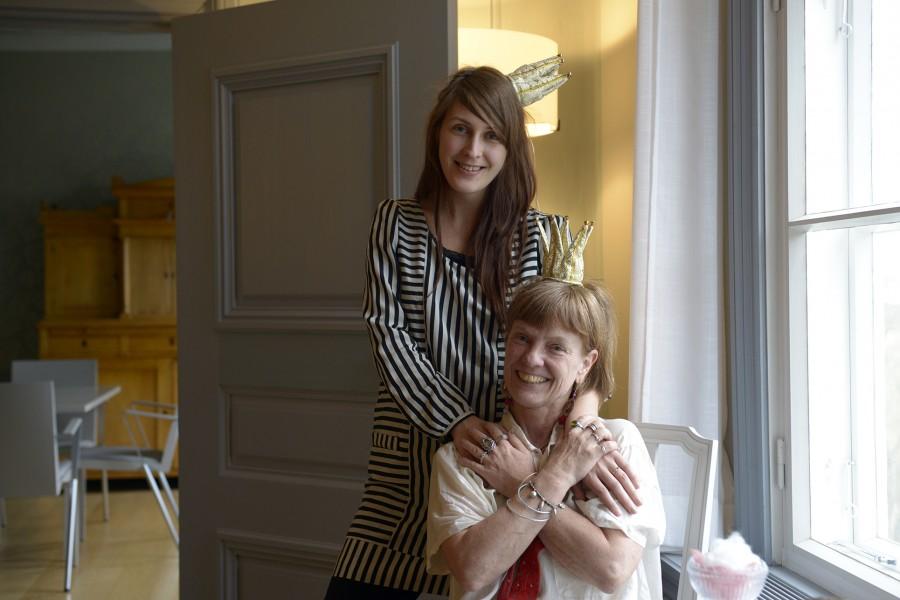 Other animated films were also shown during the afternoon: Karuselli (Carousel), which was created by Pia Bartsch, German animation artist Anne Breymann and MSTT at the end of last summer, and to conclude, works by Lea Vidakovic were shown.

“It was great to be able to work with the same people on a different project, to hold workshops with another artist and to see how much progress the participants have made in the production of animations. The participants are very enthusiastic about the projects and after the premier they already asked what they would be doing next,” said Bartsch.