The remnants of a transit camp that existed in the Hanko district of Tulliniemi from 1942 to 1944 were opened to the public in 2014. As part of his Poeettinen arkeologia (‘Poetic Archaeology’) project, photographer Japo Knuutila and his team have compiled an exhibition on the history of this German camp, called Deutsches Lager. Currently on display in the Exhibition Laboratory, the exhibition includes photographs, videos and objects found during excavations in the area.

Tell us about yourself
I have worked with photography for about 40 years. I have taught photography in various schools and created photographic art for a long time. In addition, I have created video installations and literary elements to accompany the photographs.

Why did you apply for a grant from Kone Foundation?
When a nature trail was opened in Tulliniemi in Hanko in 2014, artist Jan Kaila and I found out that there were still barracks from an old German transit camp in the area. We decided that we wanted to carry out our Poetic Archaeology project there. It turned out that archaeologist Jan Fast was about to start excavations in Tulliniemi, and we proposed collaboration with him.

Poetic Archaeology combines science and art to conduct historical research. The exhibition includes both objects found during the archaeological excavations and photographs and videos related to the history of the camp.

What makes the project bold?
Our project deals with troubling things in recent history, which even today are not discussed much. The Tulliniemi transit camp is strongly tied to the collaboration between Finland and Germany during World War II. Our other project, 1918 nyt! (‘1918 Now!’) deals with the events of 1918 in Finland.

Although collaboration between the worlds of archaeology and art is by no means a novelty, this project combines science and art in a new manner in that such collaboration has not revolved around modern art so much.

What is the key goal of the project?
I would like us to provide new information or a new perspective on the collaboration between Finland and Germany during World War II. This way we could stimulate discussion about troubling events in the recent history of Finland.

The project also aims to reveal something about life at the camp and the residents there through various means. You might wonder, for instance, whether the young men that passed through the camp were actually Nazis or whether they were simply forced to join the military.

What inspires you in your work?
Learning something new, meeting different people and encountering different issues is always educational. New factors can lead you to answers or give rise to new questions.

What kinds of challenges does your work involve?
Archaeology as a discipline and its methods were not familiar to me. As the project proceeded, I noticed that it involved a large number of different elements.

Chronicling the past can be difficult because it involves lots of assumptions, and you have to rely on people’s memories. 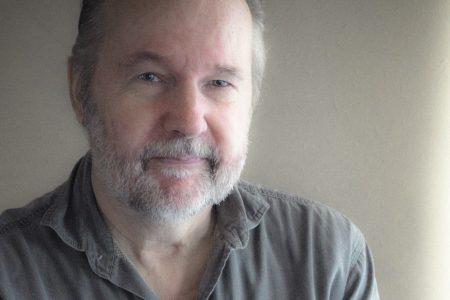 Photographer Japo Knuutila is a recipient of a grant from Kone Foundation. He is currently working on his Poetic Archaeology projects Deutsches Lager and 1918 Now!

An exhibition called Deutsches Lager – Inside and Beside the Camp by Japo Knuutila, photographer Jan Kaila and archaeologist Jan Fast, related to the first of these projects, will be held in the Academy of Fine Arts’ Exhibition Laboratory from 18 August to 10 September 2017.