Library for the whole village

At the end of 2013, the Saari Residence’s community artist Pia Bartsch launched a project with the local Tavastila school. Mietoinen library, which was closed for a few years, became a self-service library and moved to new premises in Mietola, Mietoinen’s new community building. The interior design of the library was considered and created together with the pupils of Tavastila school at workshops held in the spring.

The Mietoinen self–service library is special because, in addition to functioning as a self-service library, Pia Bartsch and the pupils of Tavastila school have created two rooms with two different themes for the library. Pupils from grades 1-4 worked on the main room, which has an Alice in Wonderland theme, and pupils from grades 5-6 designed and implemented the interior design for the detective story room. The work in Bartch’s workshops was intense and the children were very thrilled to be able to participate in the design and creation of the library. 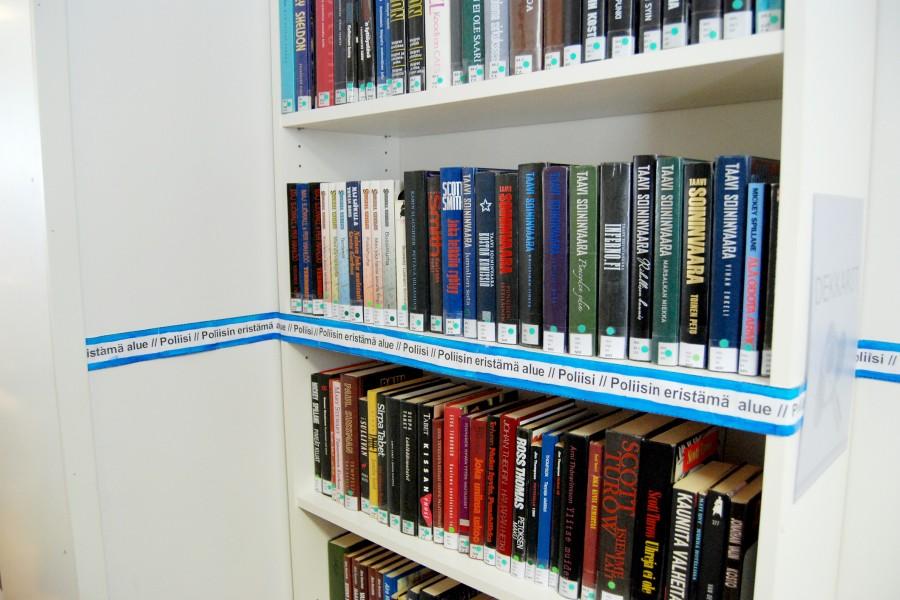 The starting point for the Let’s work together to make our village library project was to develop the operations of Mietoinen’s self-service library, based on its functions and interior design. One central aim for the cooperation between the school and library was to make the library into a learning environment to support the school’s education and the pupil’s own activities, and to involve the pupils in the development of their own local library. At the beginning of the project, Tavastila school’s student body gathered ideas and opinions on how to develop the library’s operations from pupils, parents and other village residents.

The library’s opening ceremony was held on Friday 25 April 2014 and guests were able to see that the library itself is a work of art. Duo Mitrej and the Lauri school’s band directed by Petri Vanhanen, music teacher at the Lauri school performed at the opening.

The library’s unique features can be admired at the Mynämäki Mietoinen self-service library at the address Kirkkotie 124, Mietoinen. The library is open every day from 7am until 9pm.

The project received funding from the Centre for Economic Development, Transport and the Environment and Municipality of Mynämäki.