During Saari Residence’s spring 2014 residency, Finnish translator Kristiina Drews tackled the challenging task of translating Vladimir Nabokov’s novel Pale Fire.
Many of Nabokov's books still remain untranslated into Finnish, but Pale Fire (1962) is one of the author's foremost works. The translation of the book is likely to have remained in the planning stages for decades due to its demanding structure, but when a publisher presented Drews with the challenge of translating the book into Finnish she eagerly accepted. Photo: Pirre Naukkarinen

“Translating Pale Fire is a tough but very enjoyable challenge,” Kristiina Drews says. Pale Fire contains incredible verbal acrobatics, and Nabokov clearly enjoys playing with language and words. The novel also has an invented language called Zembla, which brings its own special feel to the text.

The novel has been extensively interpreted and reviewed, and a consensus opinion on the novel is unlikely to ever be found. Each school has its own interpretation of the novel’s characters, progression of events, and whether any parts of the novel’s story are even true at any literary level. 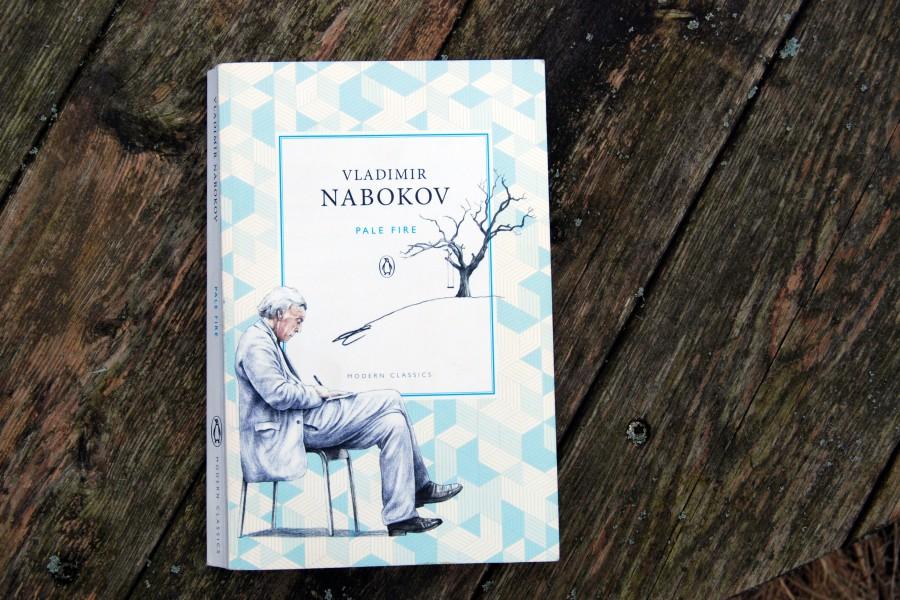 The novel has vaguely historical points of reference, for example the novel’s main character John Shade was killed by a stray bullet like Nabokov’s own father. John Shade is a fictitious character who wrote the epic 999-verse poem that is in the novel. Shade’s colleague and neighbour, professor Charles Kinbote, wrote the novel’s preface and commentaries. The poem and commentaries are intertwined, but instead of focusing on the poem in his commentaries, professor Kinbote focuses on the ousted king of Zembla who is living in exile.

Kristiina Drews is an experienced Finnish translator who has translated works by authors including Margaret Atwood (e.g. Alias Grace, Oryx and Crake), Julian Barnes (e.g. Flaubert’s Parrot, A History of the World in 10½ Chapters) and Ali Smith (The Accidental, There But For The) from English to Finnish.

Working together with Jukka Virtanen, she has also translated musicals into Finnish, of which the best-known are Les Misérables, West Side Story, Saturday Night Fever and The Producers. Jukka Virtanen also translated the poem in Pale Fire with Drews, and some of this work was done at the Saari Residence.

In her work, Drews is like a detective, carrying out background research on the author and the book. She finds it interesting and inspiring to find out more about the author, what he or she has previously written and what has been written about him or her by contemporaries. This all helps her to become oriented with the text, and provides revelations that are useful for translation. If the author is alive, Drews likes to exchange e-mails, as she does with Margaret Atwood.

Translation is lonely work, but Drews says that she also likes this aspect of the work. She is not left to solve tricky parts all on her own, though, as colleagues are always ready to help if necessary. Drews has not yet asked for help with Pale Fire, as the challenges are part of what she enjoys about the work. “I first want to think about the text I have written in peace and come up with solutions, and only afterwards will I turn to colleagues, if necessary,” Drews says. Finnish translators have their own private chat room — a place from which help with problematic texts can surely be found.

Drews has spent time at the Saari Residence before, in the summer of 2009 with the Rosetta Finnish translators’ group, taking part in an atelier critique workshop. During the rewarding workshop, Drews decided that she would like to return to the Saari residence and work in the peace and tranquillity.

Drews says that working at the Saari Residence allowed her to enjoy her work in an entirely new way: “The residency allowed me to focus on my work in a completely different way than I am able to in my familiar home environment in the city. Instead of looking after my family, I could also focus on my own well-being in a whole new way here.” Drews is now familiar with the residence’s jogging routes, and in the mornings she often climbed the bird-watching towers with a pair of binoculars to see how birds’ spring migration is coming along. She also regularly visited the HaNi hall fitness centre in central Mynämäki.