Kristiina Drews wants to highlight the importance of translated literature

In September 2017, Finnish translator Kristiina Drews (born 1952) will begin her term as the fifth Saari Invited Artist of the Saari Residence. Drews worked in the Saari Residence in the spring of 2014 and was a group residency member in the summer of 2009, when the translator group Rosetta held a creative advisor workshop there.

Drews is one of Finland’s leading literary translators, having worked as a Finnish translator since 1979. She translates from English, focusing on literary fiction titles by authors such as Margaret Atwood, Ali Smith and Vladimir Nabokov. In addition to around 100 published translations of fiction, she has translated plays and musicals and has worked with Jukka Virtanen on around a dozen projects. The most famous of these projects are Les Miserables, West Side Story, Saturday Night Fever and The Producers. 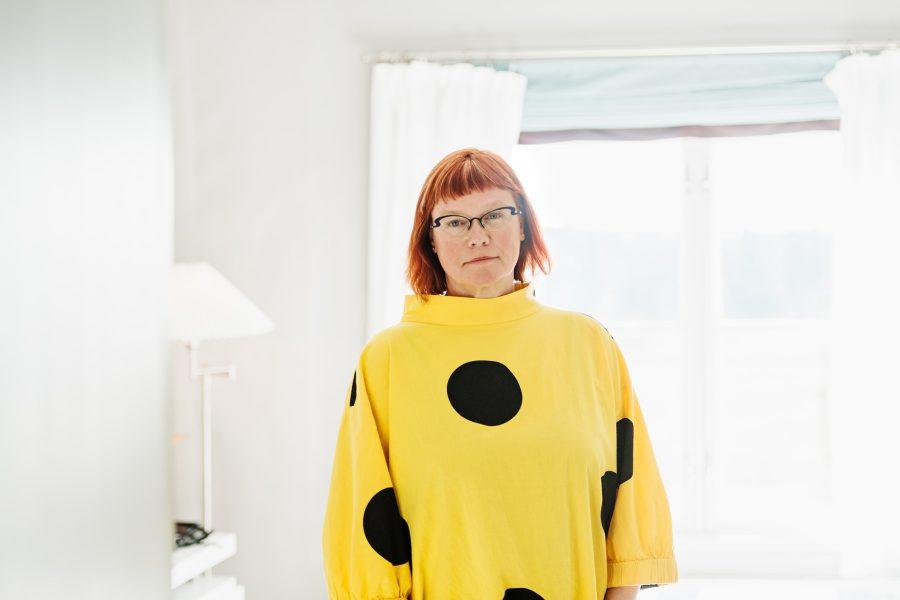 Drews plans to take on new challenges during her eight-month term as the Saari Invited Artist.
“As the Saari Invited Artist, I am planning to continue my work as a translator. I will be translating Lucia Berlin’s breath-taking short stories, a shocking novel by Kamila Shamsie about life in the shadow of terrorism, and poems by Willy Kyrklund,” Drews says.

Drews has been awarded the Finnish State Award for Translators (1989) and the Mikael Agricola award (1998). In 2015, she received the Gummerus award for her achievements in translating English fiction into Finnish, particularly Vladimir Nabokov’s Pale Fire, which has often been considered impossible to translate and on which Drews worked during her previous term at the Saari Residency. She is an active promoter of translation and translated works, and has been a member of the Board of the Finnish Association of Translators and Interpreters (1990-2006) and the National Council for Literature (2007-2012 and 2017-2018).

“In appropriate contexts, I’m also planning to highlight the importance of translated fiction to Finnish culture. Translated fiction helps us to stay abreast of what is going on in the world. Now that Finland is celebrating its 100 years of independence, we should remember that translators have contributed to building the very foundation of this country’s literary culture. The translators of past generations re-wrote the masterpieces of world literature in Finnish, making them accessible to both Finnish writers and the reading public in general. I want to promote the translators of this generation as authors and makers of books. In my mind, I see meetings with translators, library visits, cross-disciplinary events where texts translated into Finnish feature as key elements,” Drews envisages.

“The Saari Residence is a great place to be. I loved every moment when there as the artist in residence in March and April 2014. It was the life of my dreams, consisting of long walks in the forest, translating and reading – living at my own pace.   I had time to make local contacts during that brief two-month period. I went to a gym and massage parlour and joined the local winter swimmers’ group. My time spent with other artists in residence was free from all pressures. The surrounding natural environment provided a free space in which my ideas could roam, and a sauna was available almost every evening.  I had the chance to concentrate on what’s important,” Drews continues.

“In the words of sculptress, Laila Pullinen, human beings never stop dreaming of beauty. The Saari Residence is a great place to dream those dreams. In times like these, we need beauty,” Drew summarises.

Watch a video of Kristiina Drews talking about her working methods: