Jaakko Pesonen – for the sake of humanity

Media artist and architect Jaakko Pesonen worked on his video installation at the Saari Residence in January-February 2015.The piece highlights the way contemporary society conceals old age and, in a sense, strips the elderly of their human dignity.
Pet/prisoner/pensioner explores e.g. how seniors are not valued anymore in our society. Photo: Jaakko Pesonen

“The value of elderly people has collapsed in our society and we hide issues that are related to ageing.” The fact that society does not engage with this large group of people, or hear or appreciate them is a source of inequality. When a person ages and is considered worthless, he loses his dignity and rights,” Jaakko Pesonen says, explaining the inspiration for his new video installation.

“What will happen to a society that isolates its elderly into institutions? Shutting out elderly people and hiding them away is of no benefit to anyone, on the contrary, it makes everything and everyone poorer. It is important to ask why this is happening,” he says.

The video installation Pet/Prisoner/Pensioner examines old age and ageing. It is a topical theme which became relevant to Pesonen through personal experience. His own father was diagnosed with Alzheimer’s, and Pesonen saw close up how a person becomes institutionalised and how his dignity disappears. He saw close-hand how a person loses power over his own life and over his relationship with society.

Pesonen took to internet discussion forums for material for a manuscript for his piece. He says they are a good source of authentic, uncensored opinions. The forums are not moderated and people there speak very candidly.

The philosophical approach for his piece is based on Simone de Beauvoir’s work The Coming of Age (1970). The book gave Pesonen new perspectives on growing old, such as how a person ages in the eyes of others while he himself feels that he is not changing at all.
“It is also interesting how everyone else but the actual pensioners who write about old age on the internet. Their voice cannot be heard anywhere. We are gradually losing our appreciation of elderly people, which is distinctly apparent in working life as we no longer value long careers or experience,” says Pesonen.

“How can we talk about the elderly and things associated with growing old as if we’re not growing old ourselves? We all age and it’s a natural part of life. Yet it seems that people are having trouble accepting this fact,” says Pesonen.

The physical setting consists of two tables with the main characters sitting at these tables. Pesonen films many video clips of the main characters and then classifies the material according to content and nature. The finished work will have specially-made software that will play the clips according to a preset order. Certain rules and limits are agreed with the actors but beyond that they are free to improvise and add their own presence and experience to the video. The actual filming will take place discretely to ensure an intimate atmosphere. The filming sessions have taught Pesonen how to be a director, cameraman and sound technician, which has also helped him to ensure an intimate atmosphere.

The piece is activated when a viewer sits down to watch and a conversation between the viewer and the installation can begin. There is no beginning or end and viewers can come and go as they please.

“The piece is different every time and has no predetermined length. It will be different based on how long the viewer spends by it. The characters also communicate with each other in a seemingly random manner. The internal dialogue adds another layer to the installation and lends it its own life even when there is no-one sat by the piece,” Pesonen says.

Taking media art out of the gallery

Pesonen thinks it is important for his works to offer viewers points of contact through narrative, for example. This makes the works easier to approach. Media art is often considered “difficult” as it is a difficult-to-approach, scarily technical form of art, but he wants to get rid of this idea by taking media art out of the gallery and into public spaces, close to people. The form and technical implementation of the works of art are, of course, important, but he believes that the key factor is to use the work to highlight issues that study the different aspects of humanity.
If the work of media art is created, from the start, in a way that allows it to be exhibited in public places which do not usually contain media art, these works will be able to reach a different audience, the type that does not usually visit art galleries and that thinks that media art is difficult. Technically, the works must be created with all the computers, screens and sensors contained within the structure of the piece, which means that the work does not need to be guarded.
“The most interesting encounters are the ones in public spaces. When a video installation is set up in a park people are surprisingly open to the installation. My previous interactive piece, Hello Homo (2012), worked best in a public space, in Karhupuisto Park in Helsinki, where people were able to view it outside of a gallery.” 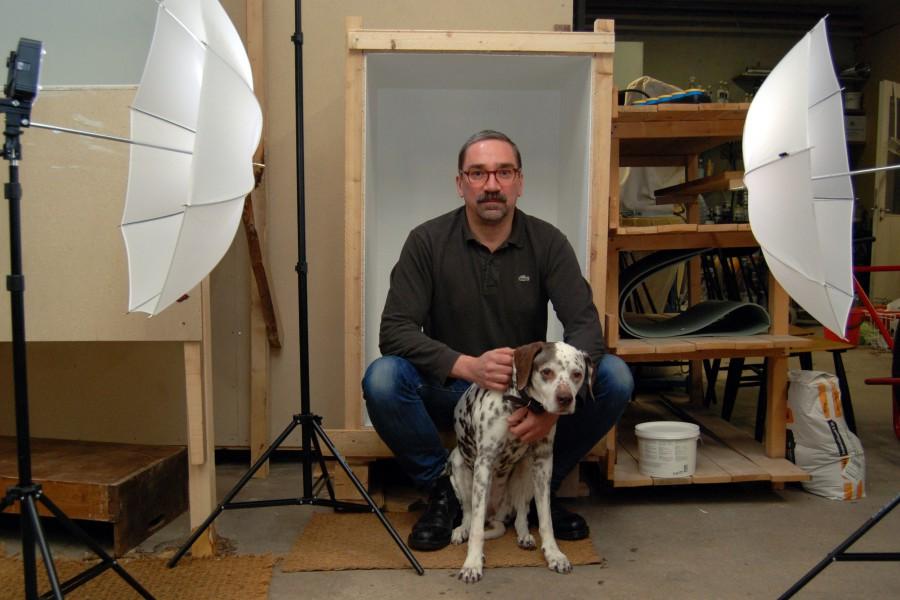 Pesonen feels that the Saari Residence has given him new energy for his work. He has been working on his Pet/Prisoner/Pensioner piece for a year and the most important thing now is to avoid overworking it.

“The danger with working on pieces too long is that you start to exhaust the idea by thinking about it too much. For me it is important to avoid rationalising everything too much as this can risk the sensitivity in the work.
I have also allowed myself to be purely a maker of art here and I have pushed production and other aspects aside a little. This has given me a huge amount of new energy,” Pesonen continues.

During his residency period Pesonen will focus on a smaller version of his installation, which is a two-channel video. This will help him to clarify the idea in his actual piece and will also create a foundation for the future of the piece, and will support funding applications, for example.

The Pet/Prisoner/Pensioner piece deals with resignation, death and marginalisation, but at the Saari Residence he has been able to find a nice balance. He is now also working on a new piece and the Saari Well has done its job again as the new video that he is working on is a joint piece with artists Anaïs Héraud and Henna Kaikula. The piece that they are working on at the residence highlights presence and strength, and has been created in response to a serious subject. The cooperation during the residency has provided some welcome breathing space, which has offered new energy for the actual project.

“Making the video has been a welcome addition, especially as it is so easy to work on it here. The setting and environment at the Saari Residence offer huge potential, and freedom from daily routines provides time and opportunities for cooperation with other residency guests,” explains Pesonen.