The third invited artist (2015 - 2016) at the Saari Residence was comic artist Hanneriina Moisseinen, who stayed in the residence in 2010.
Kuva: Riku Pihlanto

Cartoonist Hanneriina Moisseinen was the third invited artist who worked at the Saari Residence for a period of eight months. She started working in September 2015 and continued until the end of April 2016. 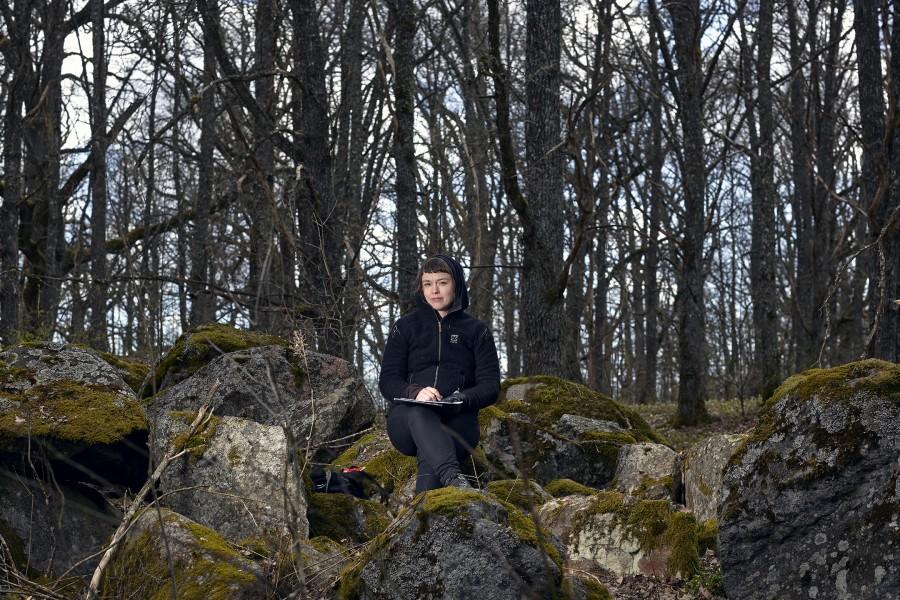 Hanneriina Moisseinen (b. 1978, Joensuu) is a versatile cartoonist whose work has been exhibited at the Kiasma Museum of Contemporary Art and at galleries and museums in about 15 different countries. Her artistic background includes visual arts, especially drawing, sculpture and installations, but she has been drawing cartoons since the 1990s. Her stories have serious themes, but they also often contain unexpected humour.

Moisseinen’s debut comic book, Sen synty ja muita Vienan hävyttömiä ja hulvattomia tarinoita (Its birth and other shameless and hysterical stories from Viena) (2005) is based on old stories from the Viena Karelia area. Her next comic book Setit ja partituurit – Häpeällisiä tarinoita (Sets and Scores – Shameful stories) (2010) contains contemporary stories about embarrassing situations in everyday life. She was awarded the first prize in the Kemi Nordic Comics Competition in 2006.

She worked at the Saari Residence during the second half of 2010 on her third comic book, Isä (Father) (2013). The book tells the story about a dad who disappears suddenly and is never found again. The book was a finalist for the Comic Book Finlandia award in 2013.

Moisseinen has recently been working on animations and has directed an animated film, Birthday (2014). The film tells the story of the birth of a calf right at the time when everyone should have been evacuating the Karelia region in 1944. She also appears in Song, a documentary film directed by Selma Vihunen that tells the story of Finland’s last poem singer Jussi Huovinen and his pupil Hanneriina Moisseinen. 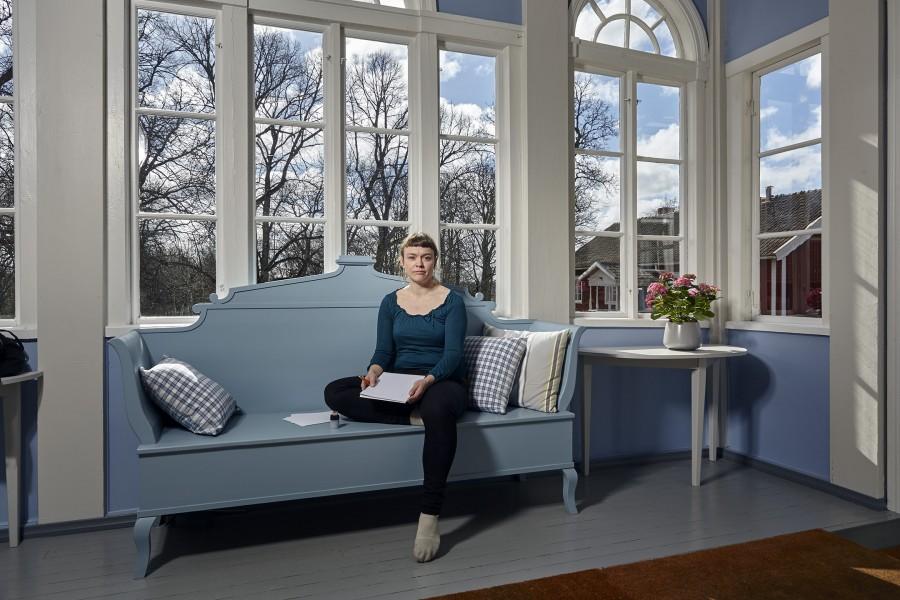 Moisseinen is now working on her fourth comic book, which is about cows and the Second World War. The story is set in summer 1944 during the Continuation War and the last people and animals are being evacuated from Karelia before the border is closed. Songs, which are sung by the characters, also play an important role in the comic book.

“I will finish off the book at the Saari Residence and organise an exhibition in spring 2016 where these songs will be played in the form of soundscapes and live performances,” she explains.

The exhibition is also connected with Anne-Mari Kivimäki’s Suistamo ­– Laboratory of Tradition which studies Karelian traditions from a multidisciplinary perspective and which received the Kone Foundation’s Multilingualism and Art grant.

“I also want to write some exploratory text related to this theme,” she continues.

The time spent as the invited artist at the Saari Residence will give Hanneriina the opportunity to focus on projects that require time and concentration.

“At the Saari Residence I will work on my second and slightly longer animation. The main themes in this are flowers and the almost intolerable yearning of an elderly person living in a block of flats in the centre of Helsinki to experience nature once again. Animation is a very time-consuming activity, but there is plenty of time at the Saari Residence, so it is the perfect place to do this type of work.

Returning to the Saari Residence will be a very busy but inspiring time.

“I am most looking forward to getting back under the big trees and going on outings into the surrounding countryside, but I am also looking forward to the fact that I know I will meet wonderful artists at Saari Residence and I hope that I will end up in unplanned cooperation with them.

I also like the idea that I will get to observe nature, really carefully, such as the movement of the light and the changing of the landscapes according to the season,” she explains.

Art is free when we are free