The Halat hisar (State of siege) live action role play, or larp, is a two-day game in an alternate world where the last hundred years of events in the Palestine have actually taken place in Finland. The Nordic countries are ravaged by wars and dictatorships and the Arabic countries are rich and democratic. The Finnish players suffer in the conflict between occupation and their own political movements, and the Palestinians are human rights workers, journalists and other outsiders.

The idea in this project by the Society for Nordic Roleplaying is not to make politics but to allow players to discover the experience of belonging to another environment than their own.

The game is being created together with Palestinians. “In political larp, it is especially important to include people with actual experience of the reality of the game. Otherwise the larp risks becoming the outcome of other people’s prejudices. Larps are made together,” says Juhana Pettersson, director of the Society for Nordic Roleplaying.

The game’s imaginary events take place on the campus of the University of Helsinki, on occupied Finnish land and the game playing takes place at the Otava Folk High School. The goal is to involve a large number of new participants who have not taken part in live action role play before. The game will be organised next summer and it will be a new version on Halat hisar played in 2013.

The Finnish team of the Halat hisar larp includes Maria and Juhana Pettersson and Kaisa Kangas. 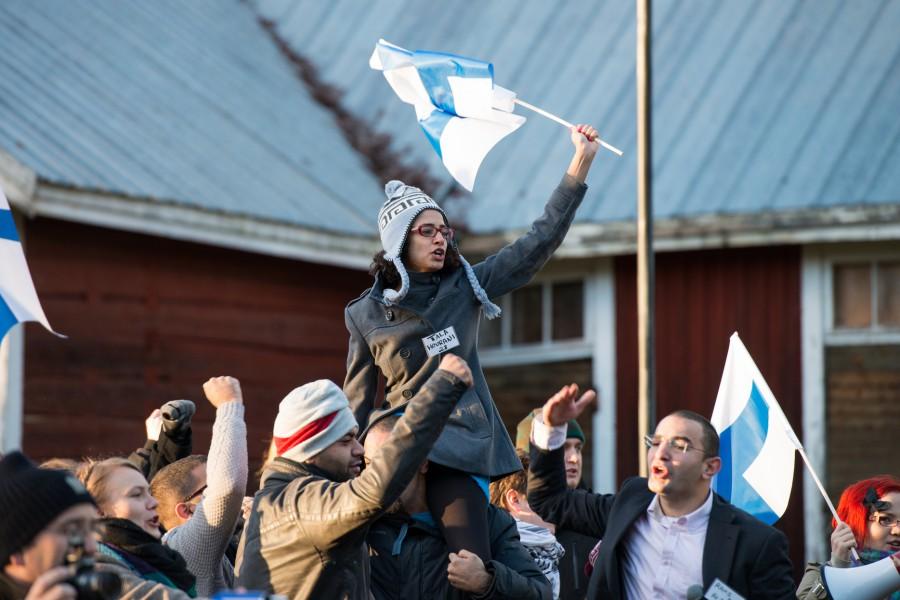