From emergent to emerged: Ark of seeds and the planetary garden

Ark of Seeds (AOS) is a trans-disciplinary project, a series of wild-planted fields, as well as sculptural objects of varying dimension channeling collective management of natural resources in the form of a participatory art practice. Starting this June, the project, initiated by artist Egle Oddo, will be presented at Manifesta 12 in Palermo, Sicily.
Egle Oddo and Johanna Fredriksson exploring an esoteric garden. Photo Antti Ahonen

The first spark of the project started in 2007 when I was planning a public sculpture and I thought that an inert monument might be an outdated way to occupy public land in urban context. I thought of creating a sculpture-container or a sculpture-action, something that would interact or perform significantly with the local environment and community in a cyclical way. Later on I had a conversation with my father, a retired engineer, an expert of eno-gastronomy living off his agricultural field; he told me with simplicity how amazed he was by the incredible assortment of thyme he found around the house, the tiny flowers shining among the stones, its persistent perfume and robust taste. He had discovered that it was a very ancient variety used in Roman cuisine. “You can save the thyme inside your sculpture, food is heritage”, he suggested. An unforeseen connection started to become clear. The heart of the sculpture-container would preserve the living plant seed, and the sculpture-action would share them. 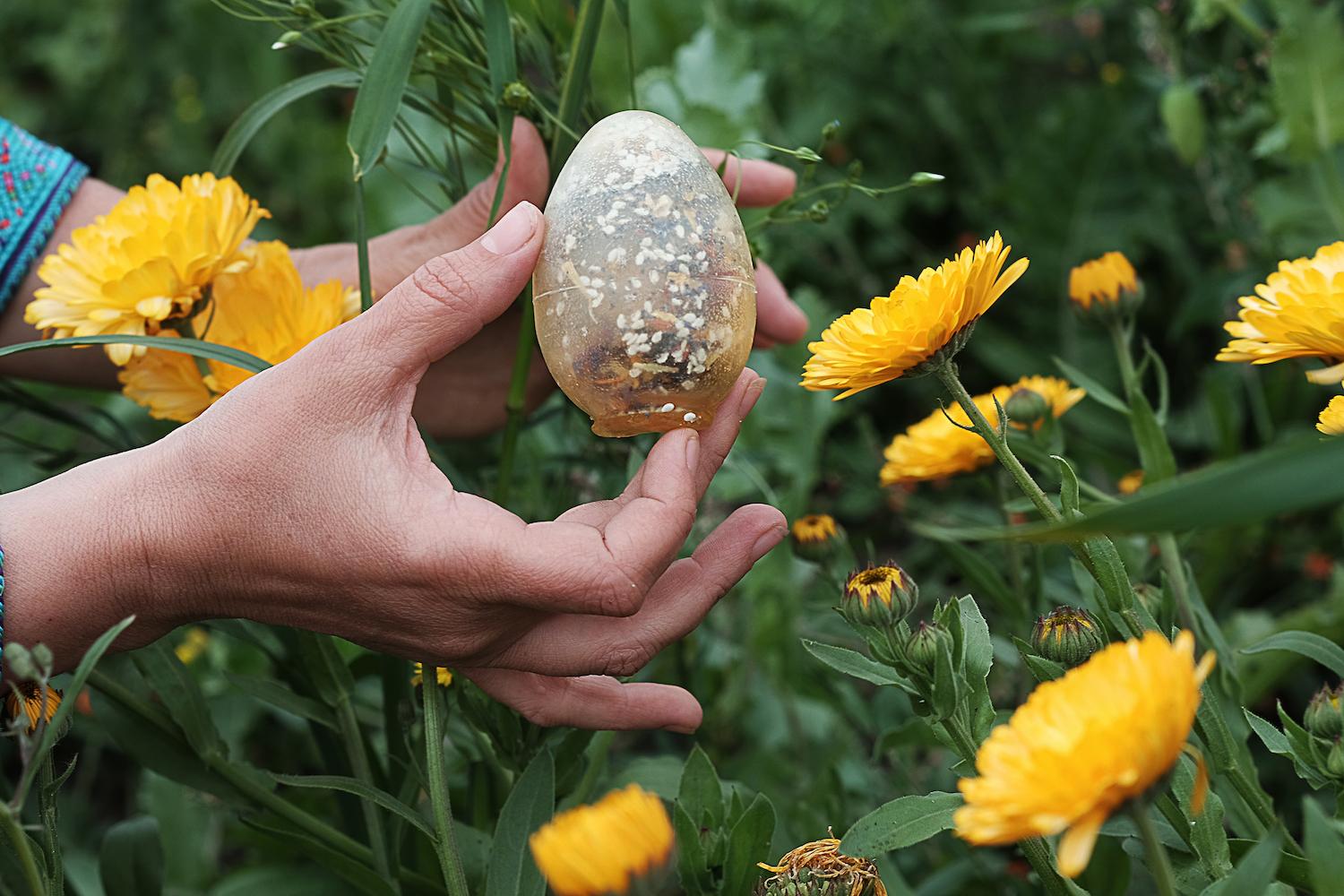 At the end of 2015, with my mind full of romantic thoughts about going back to my roots, I was dreaming with the floral biodiversity of the region were I was born, Sicily. I contacted the Chief of the Cultural Office of Palermo City Andrea Cusumano, the Director of the Fine Arts Academy Mario Zito, and the staff of the Botanical Garden of Palermo, sending them extensive texts and documentation describing the site-specific version of the project I thought for Palermo.

Here some extracts from those texts:

“Initiated in Finland Ark of Seeds travels to the Mediterranean, a place where the history of agriculture and agro-alimentary interactions play a decisive role in the formation and coexistence of inter-culturality. (…)

The project starts with the creation of the Ark, a series of mobile sculptures invented to facilitate the proliferation of a common good such as plant seeds. Subsequently a collective artistic practice is established around the Ark, to discover suitable places where the seeds can grow. (…)

As in mythology, the individual alone cannot achieve the task of building the Ark, of gathering the various species and finding places where life can expand; we envisage therefore the involvement and active participation of schools, communities and local institutions in Palermo. (…)

Ark of Seeds draws on the academic research of several experts, for example along the years the series of artworks was born in direct connection with the work and the writings of botanist Gilles Clément, mainly inspired by his publications In Praise of Vagabonds and The Planetary Garden. (…)” 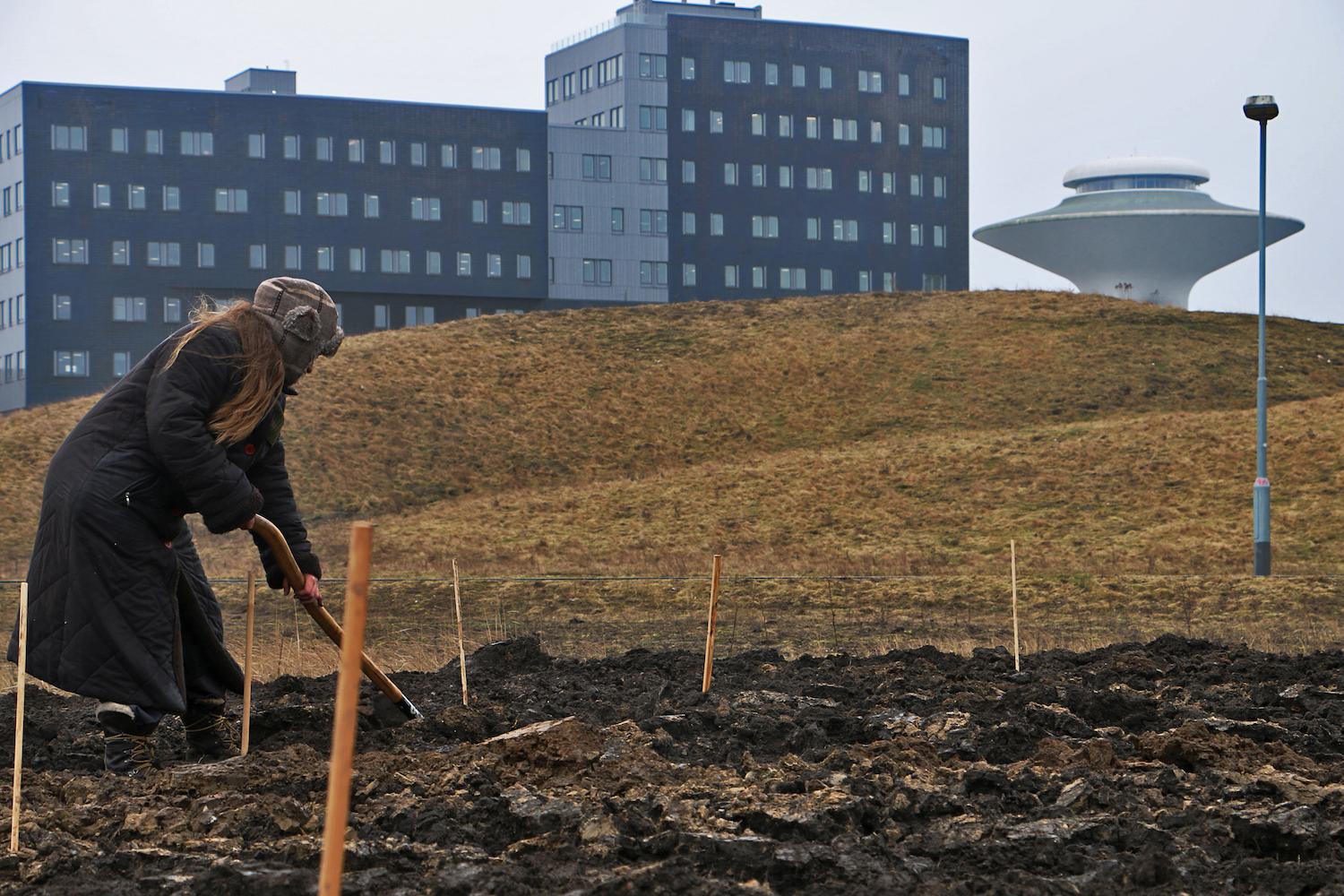 In Derborence Island, located inside Henri-Matisse park in Lille, Clément created a secluded sanctuary where plants grow undisturbed and removed from further interaction with humans. Looking at Derborence Island‘s magnificent aesthetic and philosophical implications, in 2017 Johanna Fredriksson and I created Landscape of Resistance, an oval fallow area where after I worked the land and planted a mix of seeds selected from local traditional cultivars and wild herbs, we left the garden to grow untouched. The spot becomes noticeable from its surrounding thanks to its biotic differentiation, marked in the long term by unpredictable assemblages of species and new aesthetic formations. This sort of un-gardening modality fades the demarcation line between sites for cultivars, urban landscape and wilderness. 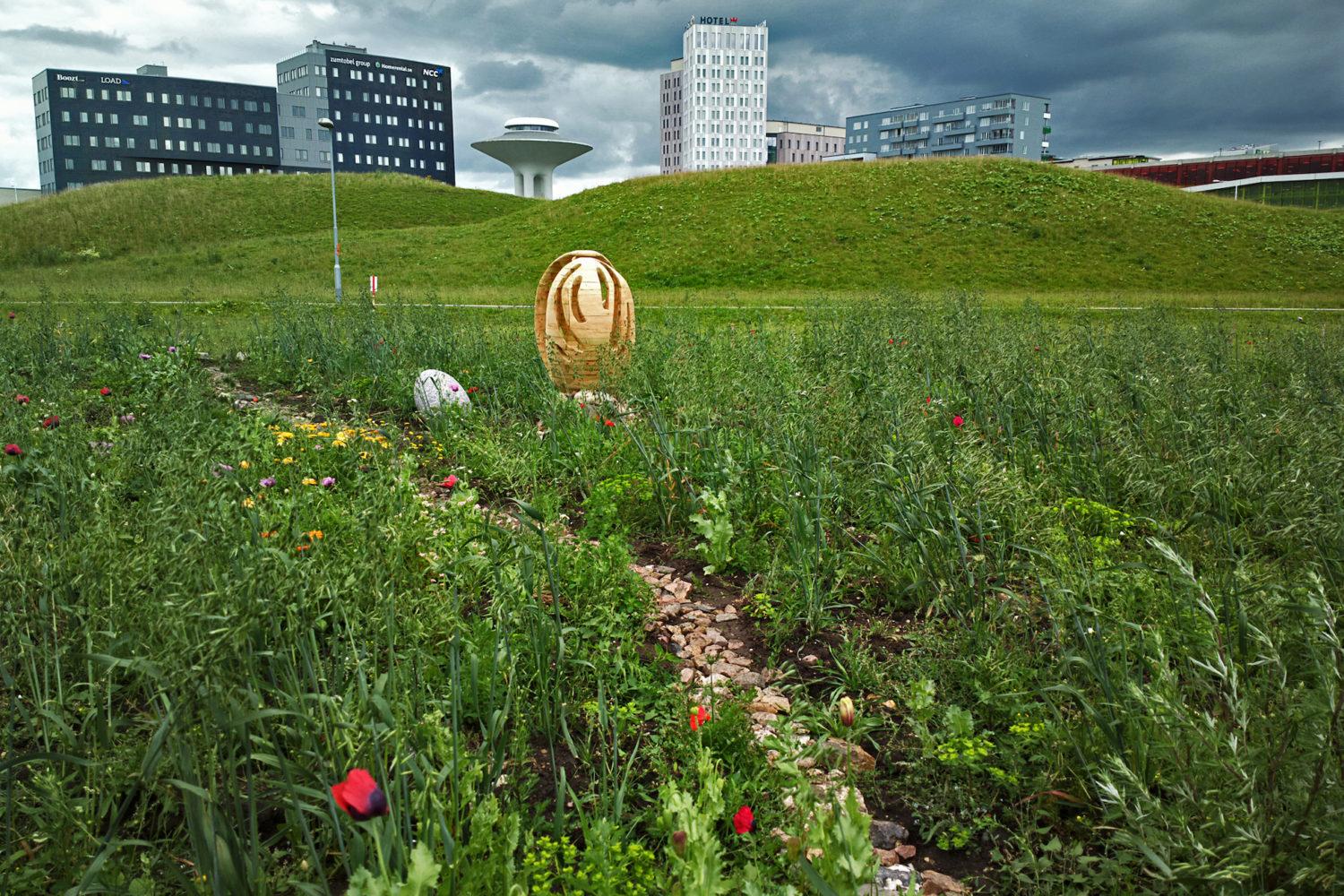 Landscape of Resistance, commissioned by curators Amanda McDonald Crowley and Marek Walczak for Triennal Agrikultura, is a site-specific piece designed for the future English park of Malmö in Sweden. The place has served in the past centuries as agricultural plot, and after being a peripheral neglected area for some decades, it has been re-evaluated by the Malmö City administration and included in a process of transformation. Since the seeding, Landscape of Resistance keeps thriving and it might become permanently part of the park, which will be designed by landscape architect Susanna Kapusta. Hoping to see the work undisturbedly changing during the years, we are observing how the plants begin to re-arrange the space, however to start noticing any significant interaction a minimum period of seven years is needed. 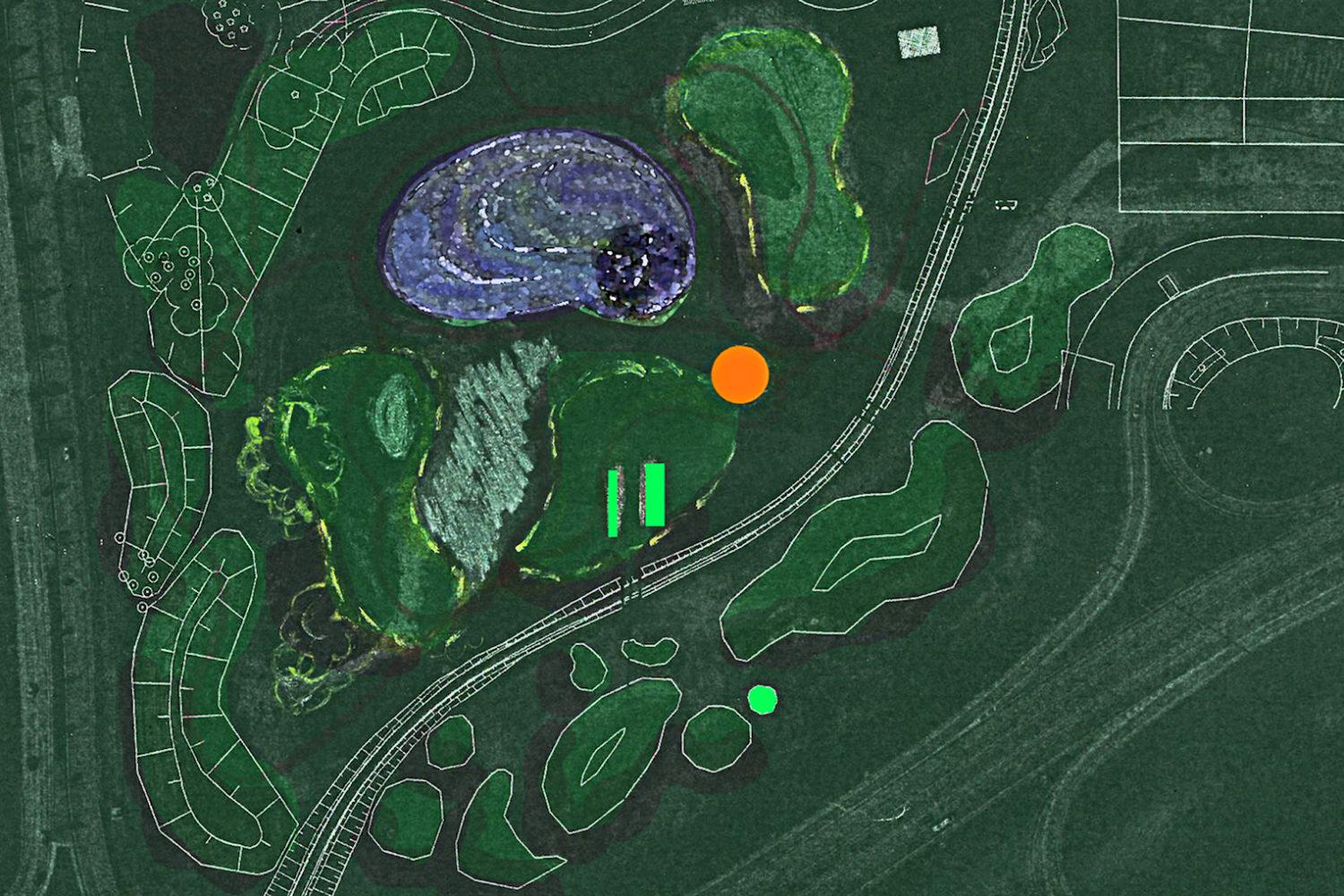 Scketch by landscape architect Susanna Kapusta. A possible design of the future park in Malmö where Landscape of Resistance is growing undisturbed.

Similar to a leopard spot pattern diverse Ark of Seeds’ installations have appeared at different latitudes in Finland, Spain, Italy, Gambia, Mexico, Sweden, Germany, and Morocco. In every site-specific version, the living seeds constitute the heart of the Ark, in their complex and harmonious whole. When offered, exchanged, and planted, the seeds become a symbol of reciprocity in the inter-cultural and inter-species relationships, becoming also part of a nomadic population that does not exist in a continuous, always-alike, centralized form like a seed bank, but it is widespread, living and acting in the hands of various communities.

We keep entrusting various seed collections to selected people and communities, to revitalize the local flora, and to protect vulnerable species. The work is carried out following a careful observation of the emerging way in which people touch, treat and share the seeds in different cultures.

Ark of Seeds is traveling to Palermo now. Smell of jasmine, geranium, and orange tree flowers distill the air of the city’s wide gulf. Looking at the flora of Sicily region I discover a new key of the work I am about to do. Here I know and understand the context with an important perspective: being a ‘local-outsider’ bares specific potentials. My presence and action can be perceived as neutral and inclusive in a different way over being just an outsider or simply a local. Going back to the roots and engaging in AOS un-gardening activities together with different communities is a meaningful action against fragmentation, as I deal with a cultural and biological heritage swaying both in the past and in the future. 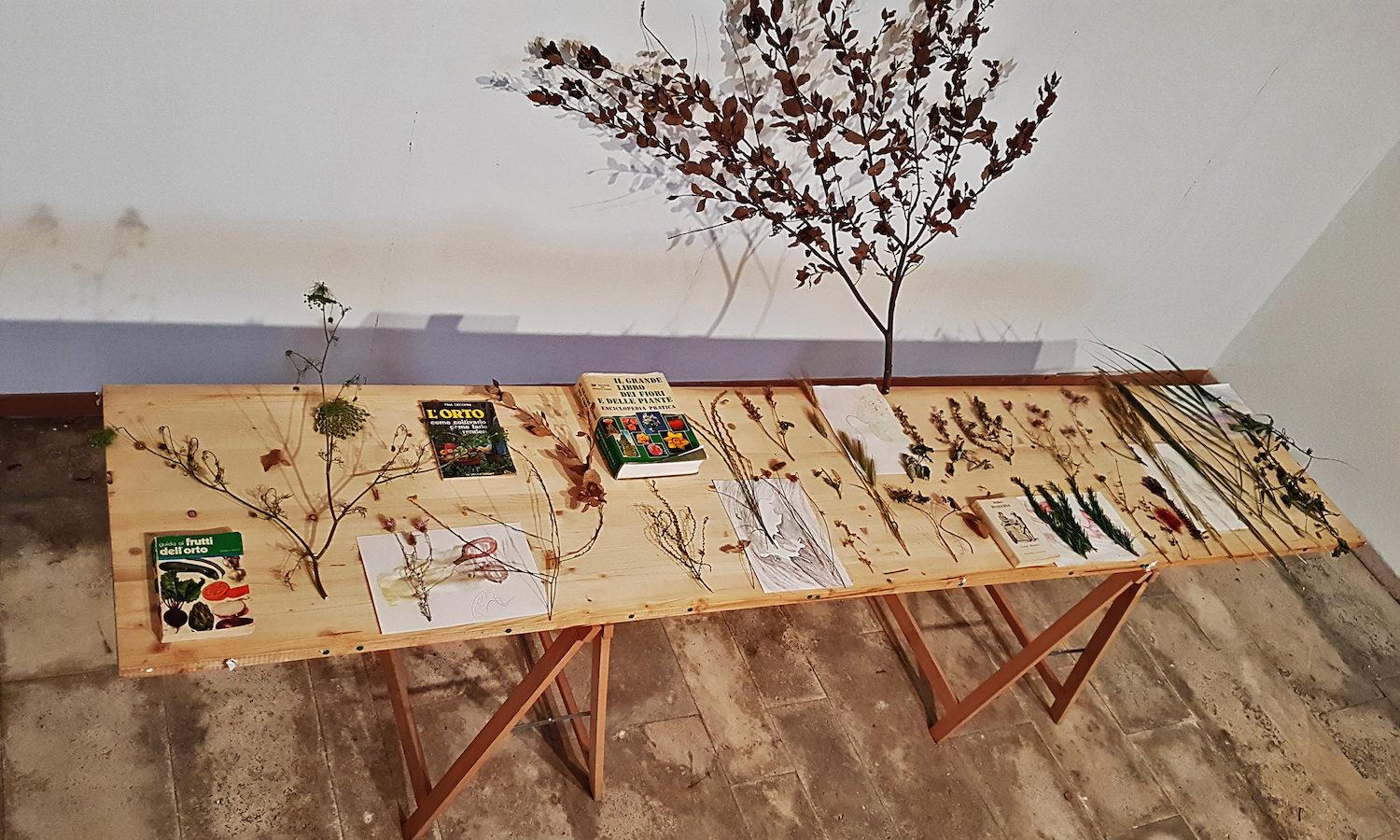 Working table at the artist studio of Fondazione Orestiadi: a selection of local plants for an herbarium. Photo Egle Oddo

This year Manifesta’s concept in Palermo revolves around the texts of Gilles Clemént linked with a participatory practice in a setting of contemporary art experimentation. The work of Clemént is juxtaposed as a starting point to ‘cultivate coexistence’.

When at different latitudes people with no apparent connections share similar insights, intuitions become related experiences. This occurrence can be described as some sort of collective ideas-composting we all participate in, forming affinities and cultures once our thoughts start to collide, layer up, ferment, and evaporate. All is one, I guess. When these coincidences happen, it is the sign that an intuition, an emerging idea has found the surface to emerge.

Ark of Seeds has been selected to participate in Manifesta 12, The Planetary Garden, Cultivating Coexistence, inside this year’s program shaped like a Russian doll, where each layer preserves a different fragrance and surprise. Ark of Seeds is presented in collaboration with Collective Intelligence group, and the action is scheduled from June to November during the 5x5x5 program and during several collateral events: Il Traffico, KaOZ and La Lunga Notte del Contemporaneo. 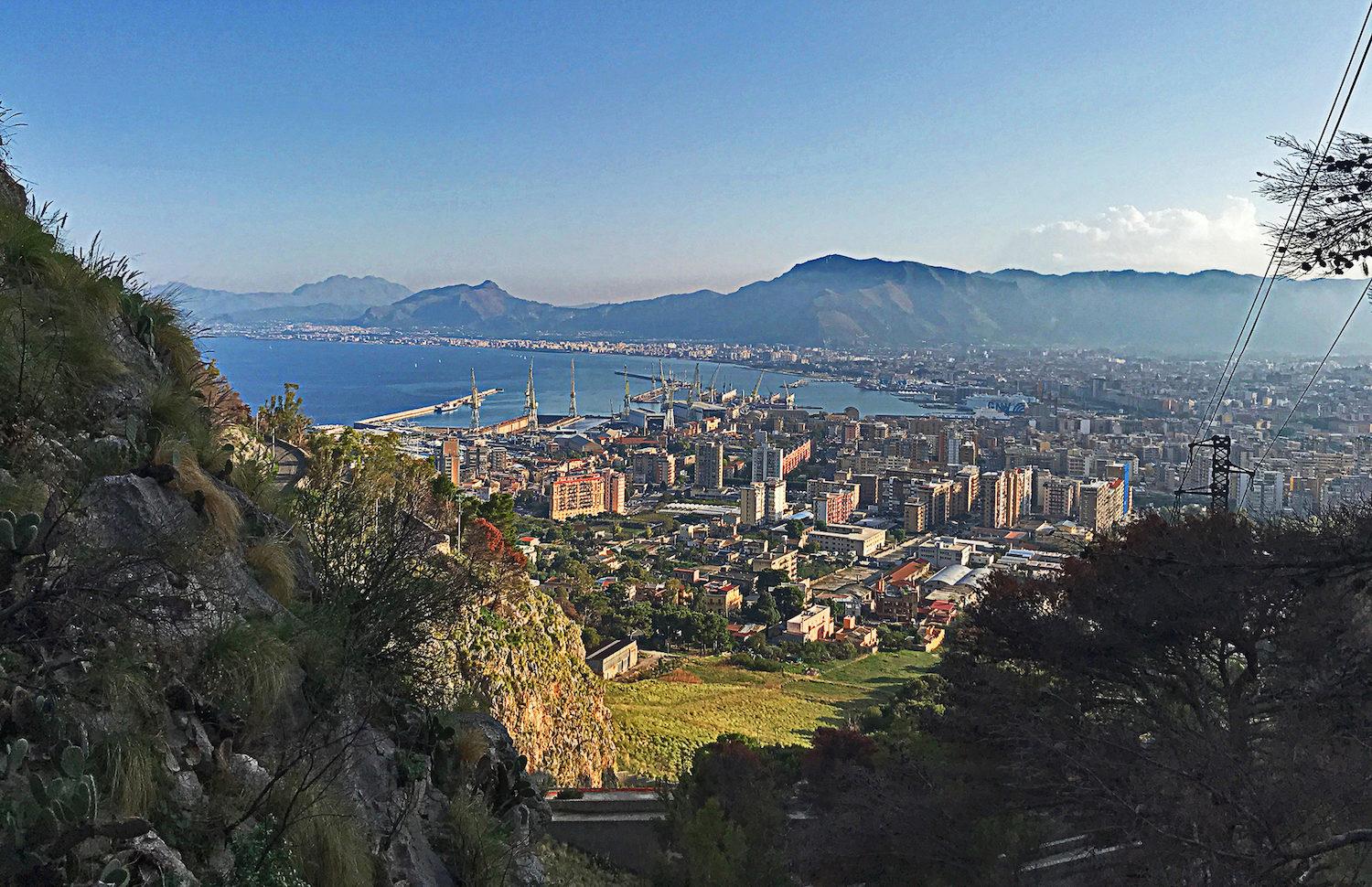 Manifesta is certainly a splendid opportunity for AOS, but it is not the main reason why we are going to Sicily. From the initial intuition to bring AOS to Palermo to this very moment Johanna Fredriksson and I have been preparing the ground for AOS, literally and metaphorically seeding our path.

We met Eva Polare, one of the initiators of SemiNativi, an association of social promotion formed by young Sicilian women. It is a project born with the aim of creating a closed chain that keeps reproducing and preserving the seeds of Sicilian ancient biodiversity. Eva is an expert of permaculture, seed saving and she is very active in the region, being part of a dense network of independent cultivators, associations and institutions that see the central role of citizens’ initiatives to protect food sovereignty, and the regional richness of the flora. She also keeps a seed bank of natural orchard vegetable called Sementi Indipendenti. Eva has studied in England and has returned to Sicily few years ago. In 2015 we met her at the plot she was cultivating with the aim to educate a group of seeds reproductors. We started to plan a synergy based on common goals, one of them being to change the local dynamics that sometimes prevent the citizens from maintaining the collective management of public plots for gardening.

We went to Fondazione Orestiadi located in the Belíce valley; its mission is to employ artistic processes to empower local resilience and to strengthen the bonds between art and civic engagement. Elena Andolfi and Director Enzo Fiammetta walked us though the permanent collection of valuable ancient artifacts paired with remarkable pieces of Contemporary Art. The main focuses of the collection are: the variety of human languages and their system of signs and symbols, the correspondences between arts and crafts, and the rural culture of the Mediterraneum. In relation to our research we noticed the land-art piece of Richard Long (in residency at Orestiadi in 2008), and a garden of fruit trees and scents, adjacent to the main building the Foundation. 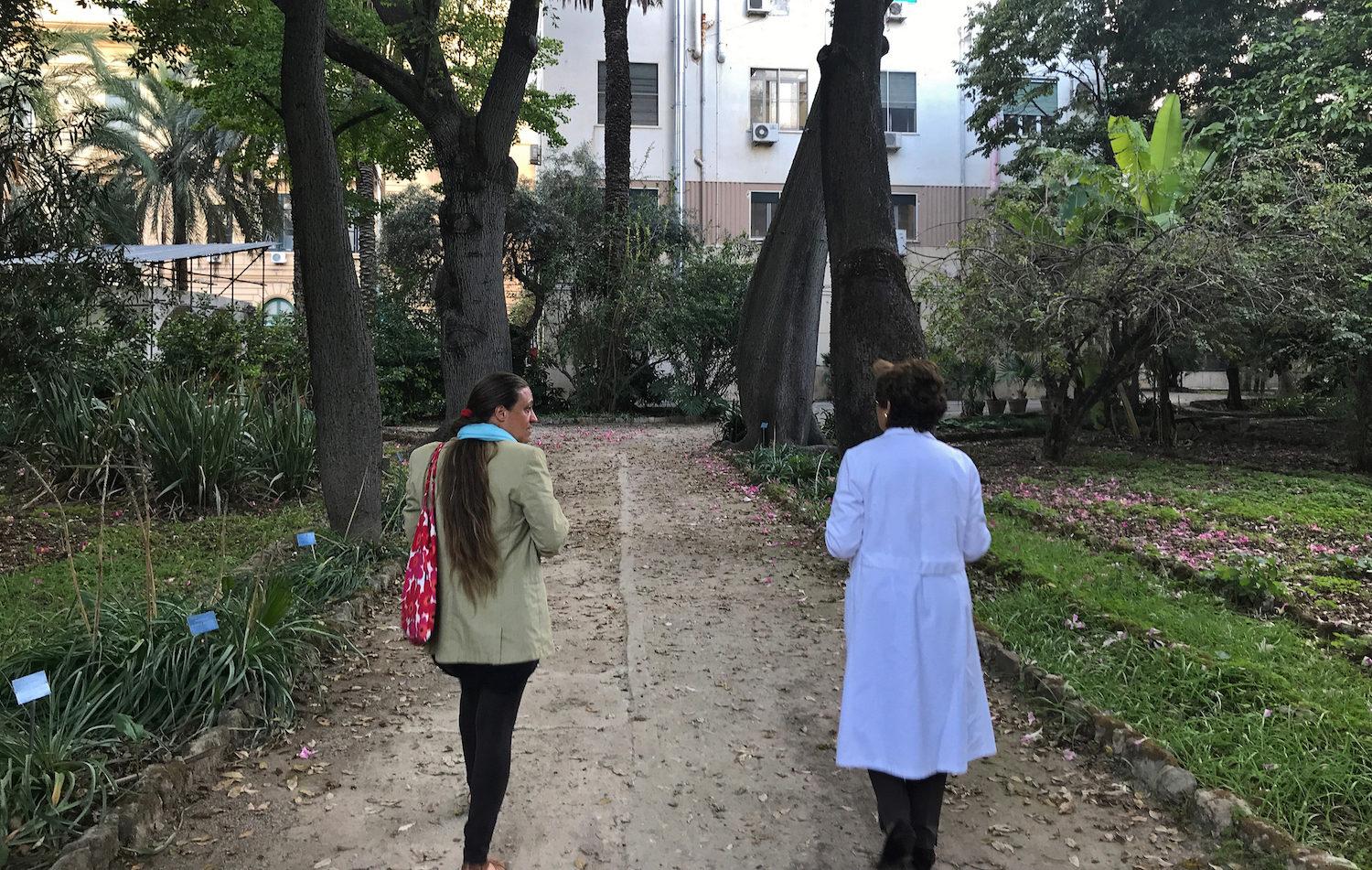 We visited the Botanical and Plant Ecology Section of STEBICEF Department of Palermo University where we met Professor Anna Scialabba, who manifested a vivid interest for our project and agreed to establish a partnership to conduct a series of activities in cooperation.

Together with her and with Professor Francesco Maria Raimondo, we are designing and developing a new set of practices with the seeds and the collectivity. At our first meeting with them we performed the official AOS salute ceremony exchanging seeds. We gave to them seeds from Sorbus domestica that we collected locally, and they gave us seeds from Cateus Levigata, that Professor Raimondo had collected himself in the wild just the day before.

Going back to Sicily where AOS intuition had started has somehow closed a circle. At the same time this spinning movement has opened a vector, generating a new direction to investigate, a new project. While we are working on AOS version for Palermo, we see already the tip of a novel idea rising up in the horizon. Our past experience taught us that art is a good mediator between activist groups and institutions. How we will develop this knowledge further is part of our next research question.

Our starting point for this new process is a dense cloud of ideas and desires voiced by the project title: The World in Common. 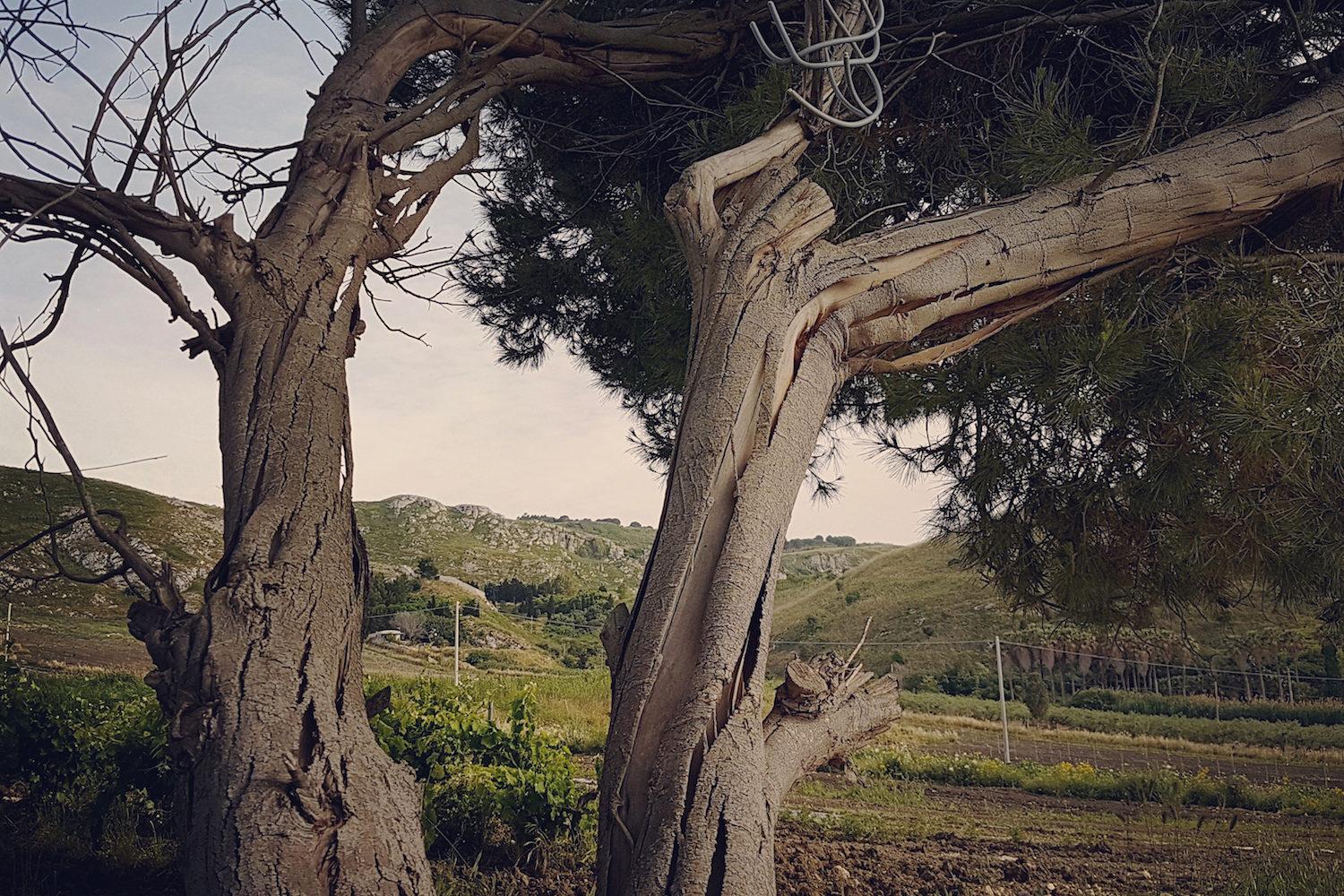 Trees suffering for the drought in Sicily. Photo Timo Tuhkanen

Egle Oddo (Palermo, 1975) is an Italian visual artist residing in Helsinki.
Related
At the Well blog