Digital youth in the media city

“Researchers are climbing down from their ivory towers and embarking on exciting journeys on the underground in Helsinki and St Petersburg. The idea is to really understand in practice what young people’s everyday life is like in modern media cities,” says Johanna Sumiala, adjunct professor (docent) at the University of Helsinki.

Sumiala is in charge of the cross-disciplinary Studying Youth in the Media City project, in which the researchers are asking how young people feel about the digitalisation of city life and how it affects their rights as city dwellers. In the project, “media city” means the way in which young people in particular are connected with each other and their city using large and small public and private screens and mobile devices.

The project offers new outlooks for studying media cities. “We are working with young people. They are acting as the researchers’ guides on the underground in Helsinki and St Petersburg and are producing various types of material, such as maps. In a certain way we are breaking boundaries in how people can create scholarship and art by themselves.”

The project wants to reinforce openness and transparency in the media city and dialogue between the generations in society, and bridge the gaps to digital public life. The project combines research into youth and media with sociology. Theoretical research has previously been carried out on this subject, but field work has been conspicuous by its absence. 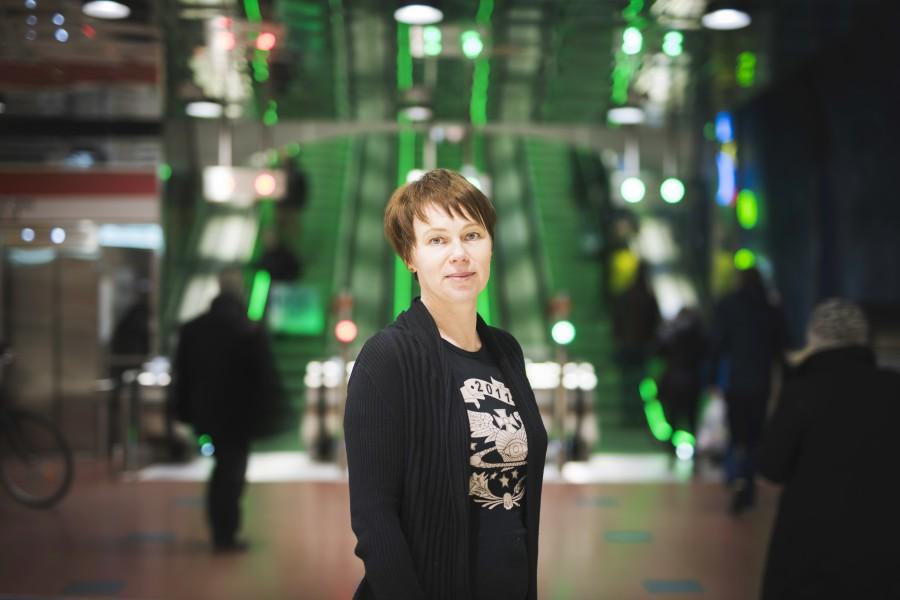 Johanna Sumiala is adjunct professor (docent) for media and communication studies at the University of Helsinki. Photo: Jukka Aro