Diamonds on the surface of the pond

During the spring 2014 we followed the creation of a work of light art designed by Jaakko Niemelä during his time as an invited artist. An opening ceremony was held on 23 April 2014 at twilight in the grounds of the manor.
Kajo. Photo: Jaakko Niemelä

In the work of light art, which is implemented with modest means, a poem is reflected onto the surface of the pond. The text is projected onto the surface of the water using a gobo with a light projector attached to a pole by the pond. The work of art forms a harmonious element of the manor’s historical grounds and the rest of the lighting in the grounds. The subject of Tavi’s poem is also related to the Saari Residence.

At the opening ceremony, the work of art was given the name Kajo. Niemelä explained that the work was important to him as the Saari Residence is very close to his heart. The words fires and ice in Tavi’s poem also have meanings on various levels. “I have read Tavi’s beautiful poem that is projected onto the pond hundreds of times, and my latest interpretation of the poem is a description of my love of this place,” says Niemelä. 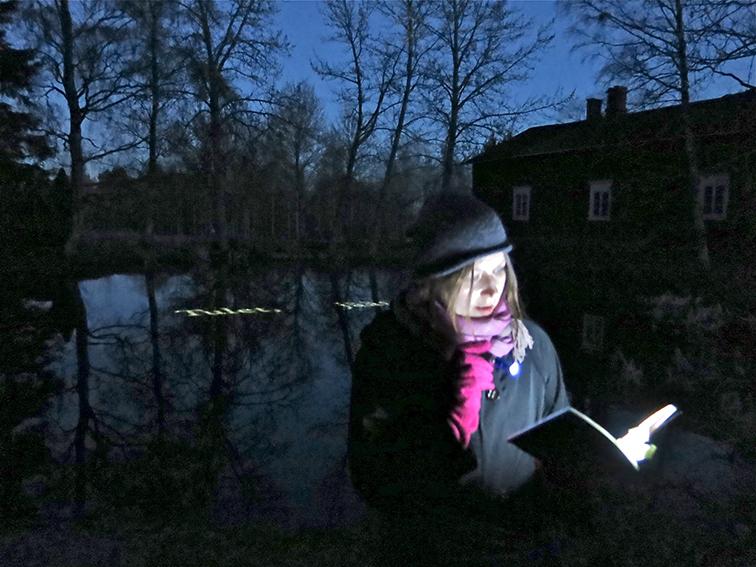 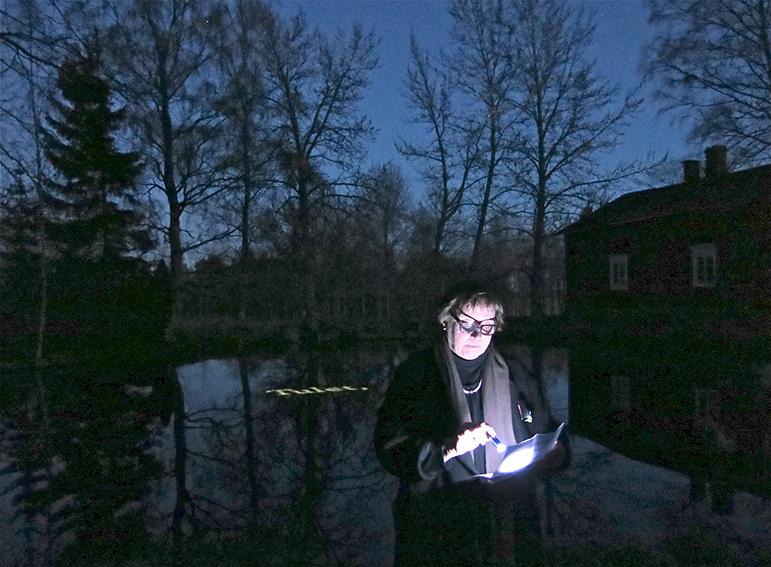 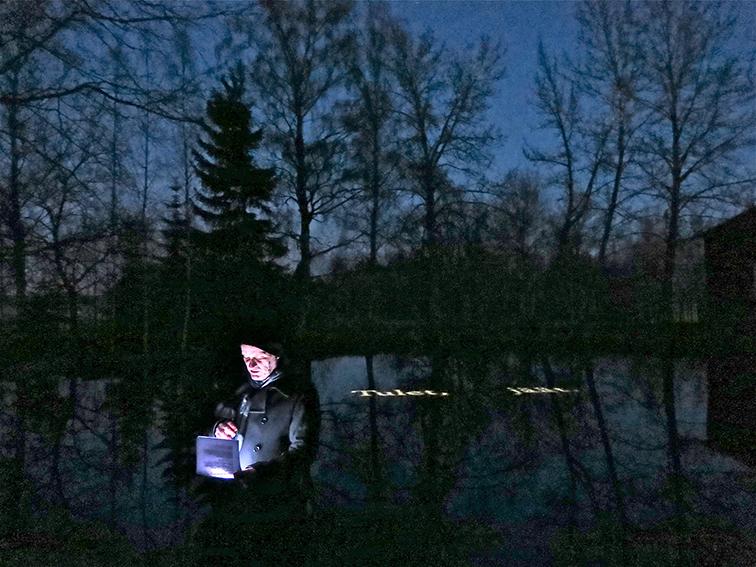 When darkness had fallen over the manor, Kajo was reflected onto the surface of the pond and Henriikka Tavi recited poems that were created during her time at the Saari Residence and which she had recited to the other residents when introducing her own work. Hanna Nurminen, Chair of the Kone Foundation Board of Trustees and Executive Director of the Saari Residence, thanked Jaakko for his beautiful work of art and for his work as the Saari Residence’s first invited artist. Niemela spoke about the phases in the creation of Kajo, what the work means and how significant the past eight months as invited artist have been for him.

The mysteriousness and sensitivity of the atmosphere at the opening ceremony were augmented by the fact that the speakers held their speeches by torchlight and the fact that the text projected onto the surface of the pond looked as though it was made of diamonds. Insects attracted by the light came to admire the light on the surface of the pond and their presence produced an almost magical glittering effect, much to the delight of the guests.

KAJO
Work of light art on the surface of the Saari Manor’s pond
Jaakko Niemelä, concept and visual design of the work
Henriikka Tavi, text