Community art is about growing together

The spontaneous, sparking personality of Pia Bartsch, the Saari Residence’s community artist, has become familiar to many locals in Mynämäki through joint art projects. She constantly sees familiar faces when she is out and about in the local area.

“When I pop into a shop or the library, people often ask me what we will be doing next. In my opinion, this clearly shows that there is a need for activities of this type,” says Bartsch. She has worked as the community artist of the Saari Residence since 2013. The goals of the residence for artists and researchers include promoting interaction with its surrounding communities.

“We don’t want Saari to become an island that is isolated from local life, which is why the position of a community artist was established. The community artist serves as a bridge between the residence and local people,” Bartsch explains.

Community art is created through interaction between the artist and the members of the local community who participate in projects. The activities are based on the community. Art is created on the community’s terms, based on their needs. Bartsch has implemented dozens of community art projects in Mynämäki and its nearby areas for various groups, from school children to pensioners. The themes of the projects have been related to the full spectrum of life.

The community art projects supervised by Bartsch focus on people: their life stories, daily lives and living environments. Art has been used to discuss what makes life meaningful, to process sorrows and fears, and to make public places, such as the library, the swimming pool and a school playground, more pleasant and lively.

The most recent project involved local schoolchildren and adults decorating the pedestrian bridge over the Mynäjoki River with drawings by children and handwritten stories. The bridge is also adorned with hundreds of knitted and crocheted roses, which were made in an art project in 2012.

Community art projects may also arise from changes that are taking place. In May 2014, the programme of the Saari Residence Open Day featured Blue Angels, a performance put together by Bartsch and employees of the Juko factory. The performance was prompted by the news that the factory would be closed down, after having manufactured farm machines in Mynämäki for a long time. Blue Angels featured men wearing blue overalls and angel wings planting maple trees and an oak, the symbol tree of the Juko factory, in the park of the Saari Residence. While planting the trees, they spoke of their hopes for the future.

Art is created through processes of interaction

“Collaboration is what interests me the most,” says Bartsch. She seeks to make the process of creating community art as equal as possible for all. Everyone participates in discussing and creating the work and its themes. Creating something together requires an atmosphere of trust and open interaction within the group. Many of the people who have worked with Bartsch say that her friendly personality helped them throw themselves into the project.

“People must be met and treated as people, without any roles,” says Bartsch explaining her philosophy.

In community art, the process of interaction that creates the work of art is as important as the end result, if not more so. ­“The result of the artistic work is key, as is the fact that the works of art become visible to other people,” says Bartsch. However, she particularly emphasises the broader effects of the process: “Community art is much more than just a single work of art. The works represent only a fraction of what happens between people. To me, the key point is how artistic processes help people – the artist and the participants – grow as individuals and as members of a community and society.

At its best, community art facilitates knowledge of art, as well as self-confidence and mutual respect. The experience of having an effect on the surrounding world is of primary importance as well. “In other words, community art has artistic, social and even therapeutic aspects,” says Bartsch. 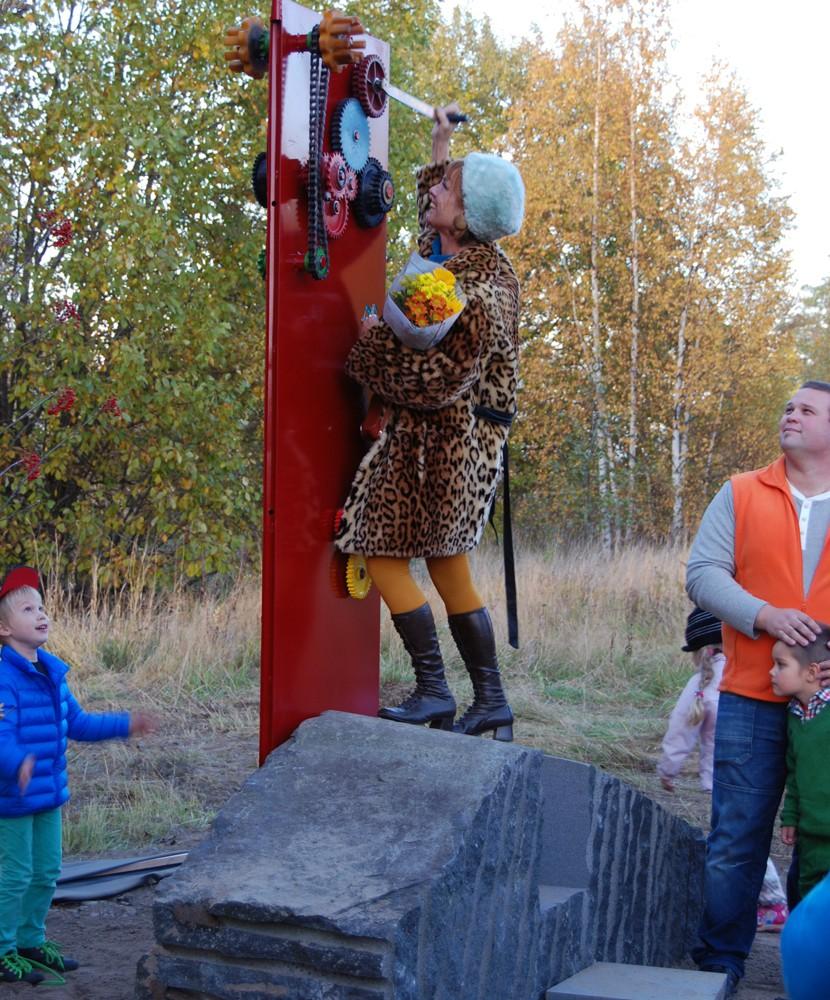 Community art is often created in short-term projects, with the artist staying in the community for a limited time. The position of community artist at the Saari Residence is permanent, which makes it exceptional. This enables the community artist to work with local people systematically over the long term, instead of working on one-off projects.

Bartsch believes the people participating in the projects benefit from this continuity. When working with familiar people, the foundation for interaction and trust has already been established, and people can continue with processes that were put in motion earlier. “Having time and working with the same people is important, as you can grow together,” says Bartsch.

What are her hopes for the future?

“I hope that local people will take on an even more active role and take the initiative in art projects. This would make our projects even more equal than they already are. It would also be an interesting development trend within community art.”

Pia was interviewed by Veera Schrey, a university student who worked as a trainee at the Saari Residence in 2013.