The idea of the commons expands economic thought

In December 2015, the Finnish Parliament began to consider a proposal on the reform of the Act on the Finnish Forest and Parks Services. For quite a while, the process was moved forward on the quiet, but once the potential consequences began to take shape, the proposal has met with stiff criticism.

Why is a dull-sounding legislative process regarding the reform of the Act on the Finnish Forest and Parks Service being met with such wide-spread concern and resentment? In sinister prospects, once Metsähallitus (formerly the Finnish Forest and Parks Service) becomes a corporation, it may be forced to tender out the right to use state-owned forests. This could mean that control over the recreational use of forests could shift to private investors. It would then be possible to charge for the use of forests, while moving the right to use further away from open and democratic control.

Throughout the history of capitalism, forests have been one of the arenas of struggle for the right to ”the common”. The everyman’s rights formulated over time in the Nordic Countries and based on customary law still provide free access and limited right to use forests even if they are privately owned.

All over the world, the global success story of capitalism has been based on enclosing common areas. In order to make a profit from common areas such as forests, they must be turned into commercial goods one way or another. The real scarcity of natural resources must be reinforced by creating artificial scarcity, thus creating a way to charge for access to a public space. A judicial tool for this process is provided by the institution of private property. While the idea of an unrestricted and absolute proprietary right has been induced in the modern concept of justice over the last centuries, the public right to enjoy nature’s offerings, provided by the everyman’s rights, has left a kind of a wormhole in Finnish legislation, providing us a glimpse of what ”the economy” could be like without competition-based markets and profit maximisation. This wormhole is illustrated by the concept of the commons.

The idea of the commons did not arrive alone. Rather, it is one of the spearheads in the process of expanding the economic debate which has gradually emerged from the margins. Alternatives also become visible during crises and difficult times. As a result, the economy is no longer a monolith or a black box in the Finnish social debate; something that only economists with appropriate education are allowed to discuss, and something that is presented to people in bite-size facts. Instead, the economy is reverting to a diverse and common issue and opening up to directions where people do not bow to even the most ossified background presumptions.

Solidarity economy, social economy, degrowth, sharing economy, participatory economy, welfare economy, and so on; what all these theoretical and political initiatives have in common is the objective to bring the economy back down to earth, within the realms of an ecologically sustainable earth, to questions about prerequisites for living, equity, and leading a good life. These “new forms of the economy”[1] push to the front line those inevitable normative commitments of organising economic life that the neoclassical economics hid behind an appearance inspired by mathematics, biology and physics, and that highlighted the accuracy of its reasoning and its freedom of values.

The idea of the commons may seem primitive, but it is, in fact, extremely current. It is a radical thought experiment, while at the same time being a variety of existing creative practices of experimenting with a world without the conceptual load of modern economic thinking and modern jurisdiction.

The long shadow of the “tragedy of the commons” has led many people to believe that it is impossible to organise sustainable use of the resources autonomously. It is common to imagine, as did biologist Garrett Hardin, that commons are doomed because of excessive consumption or free-riders, whether we think of open pastures, water, the climate, or welfare services. This way of thinking can only imagine two alternatives: competition-based markets with their invisible hands, or the state with its coercive grip. These ideas are based on the one-dimensional idea of man portrayed in mainstream economics, a self-serving homo economicus that few economists themselves believe in, based on their everyday observations, but that still continues to live on as a background assumption in the metanarrative of economics.

According to the metanarrative, Homo economicus, this lonely but free character, cut loose of his social and cultural ties, continues to ponder between calculating preferences and maximising utilities from here to eternity. At the same time, outside the pages of the text book, people continue to try and test new and old forms of collective action, generating common wealth and well-being.

Presenting the question of the commons as an inevitable tragedy creates the image of common wealth as something primitive, economically ineffective and unproductive. This makes it easier to justify the privatising of the commons and pushing them onto the market. This is exactly what we are dealing with when we talk about privatising groundwater or bringing recreational areas into the range of economic utilisation. Along the same lines, the public services provided by municipalities have also been labelled with a negative stamp of inefficiency, although it is certainly debatable whether private service providers actually can offer more open, efficient or affordable solutions.

The notion of the commons provokes a radically different approach to economic thinking. It recognises economic value in a much broader sense than the price tags visible in the market. It is obvious that the value of forests, nature conservation, or the diversity of ecosystems cannot be measured solely from the perspective of economic profit. Then again, applying strict proprietary rights to immaterial production, for example, is fairly problematic, as patents and licences tend to restrict the creation of economic values, if anything. Essentially, the idea of the commons goes back to everyday economics: sharing, organising, nurturing, and caring. Unlike in the modern economy, these activities are not motivated by profits or growth, but by well-being, safety and renewability.

The debates on the commons prove that resource management is always about political power. The theoretical ideas which promote the privatisation of the common land often leave out issues such as the power relations detectable in a market. As a concept, the commons forces people to look at the economy from a broad social and cultural perspective, where questions about democracy, justice, equality, and ecological sustainability are always present.

The economy of the commons relates to the shared life of people as thinking, experiencing, and feeling individuals. As Aristotle points out, living with others is a challenging task – it means something more than “merely feeding in the same place, as it does when applied to cattle”[2]. Functional regimes of commons management do not appear out of nothing; they require learning, struggling and adjusting in both interpersonal relationships and in the role of an individual in the global ecosystem. In these new forms of the economy, black-and-white economic thinking is a hindrance, not a tool of the future. 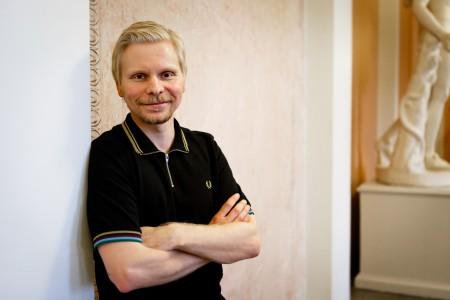 Tero Toivanen is preparing his PhD thesis in the fields of world politics and economic and social history at the University of Helsinki. His research focuses on the interweaving historical changes in political power, economic development, and ecological matters. 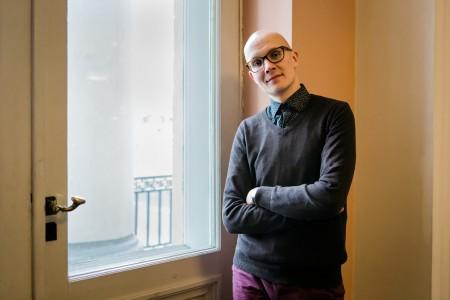 Juhana Venäläinen is a post-doc researcher in Cultural Studies at the University of Eastern Finland. His research revolves around fractures and formations in theories of work and the economy. In his PhD thesis, The Economy of the Common (“Yhteisen talous”, 2015; in Finnish), he explores the meanings of common wealth in terms of generating economic value in contemporary capitalism.