Catalysti: Making visible and audible the work of transcultural artists in Finland

Since its foundation in 2013 Catalysti has produced more than forty art events driven by transcultural artists living and working in Finland, and Finnish artists with a transcultural background. Catalysti stands for diversity in the art and cultural field, aiming to shift and shake the borders between native and foreign in Finnish society. In this article, Paola Livorsi, Chairperson of Catalysti Association of Transcultural Artists ry, tells what kind of art events Catalysti has been working on during the past years.
PERFORMANCE BY OLGA SPYROPOULOU. PHOTO: NANA KIM KWANHEE

The debate about the term ‘transcultural’ has been going on in Catalysti since its beginnings: we chose this term to underline the transitional state between cultures — especially concerning communities of newcomers and the Finnish society, and the art field as their new environment.

Catalysti artists are living and working in Finland, contributing in this way to build local art, and a broader, more informed and open society.

In the first year of its project Diversity in Art: Art in Diversity Catalysti presented a series of art events.

It started in February in Vaasa, with Politic Polemic: a Truel, third part of the live cinema series Causatum, started by Marek Pluciennik in 2017. The event, in collaboration with Filmverkstaden ry, took place in the film association’s new premises. The protagonists of the truel were Juan Duarte, Arvid van der Rijt and Marek Pluciennik. According to the definition “a truel is a duel among three opponents, in which players can fire at one another in an attempt to eliminate them while surviving themselves”.

The event questioned ideas around “tackling the notions of political— crafty, discreet, and cunning; and of polemic — fractious, unreasonable, and scrappy. Historically, in western culture, the political ruled in outside spaces, while the polemic, although loud at times, expressed its driving force in closed spaces. Is the opposite true today?”(M. Pluciennik). 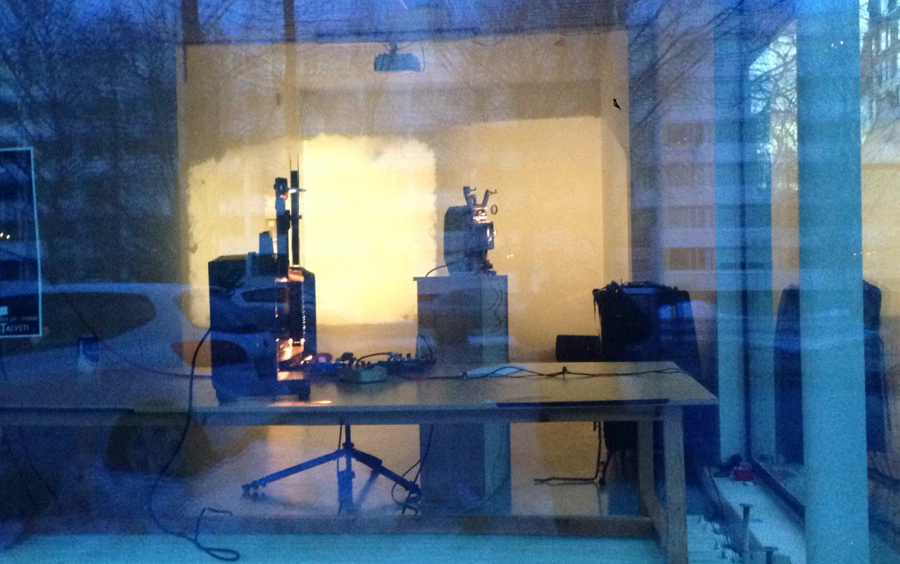 Mirrors to Windows, in March at WHS theatre in Helsinki, was the 2019 event for the International Week against racism. Catalysti has been committed to this significant annual event since 2013. 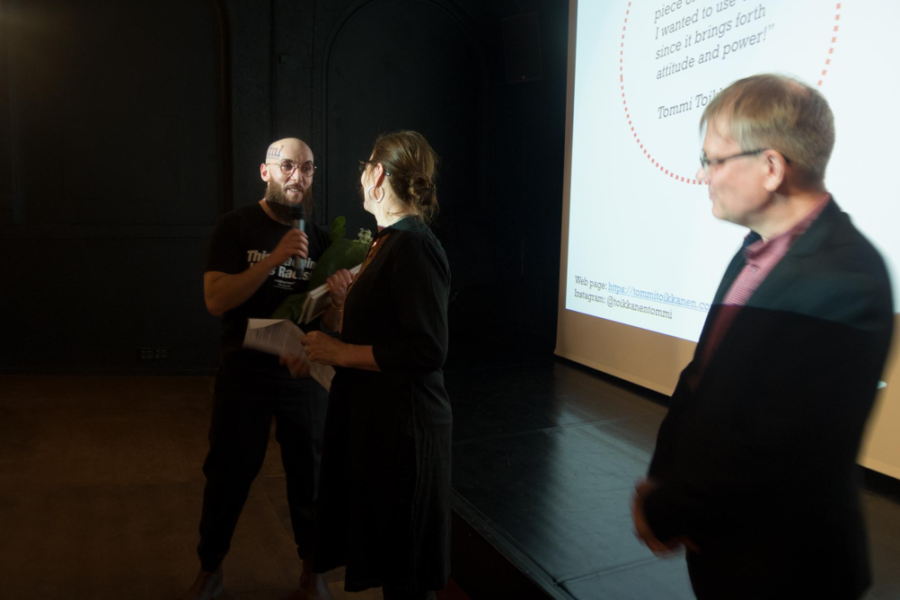 Art (ex)-change, performance art and experimental music event curated by Diana Soria and Paola Livorsi, took place in Vapaan taiteen tila in April 2019 — an invitation to performance artists and musicians to gather, and interpret this peculiar space through voice and sound. Korvat auki Collective, Outi Pulkkinen, and the performance artists Liina Kuittinen and Olga Spyropoulou, created original and meaningful performances, with the participation of an enthusiastic audience.

May opened with the dance performance and workshop Deep Skin by Nadja Pärssinen, in Caisa’s new hall.

Four dancers and two musicians explored the concept of visibility, starting from the question “what happens when I make myself available?” 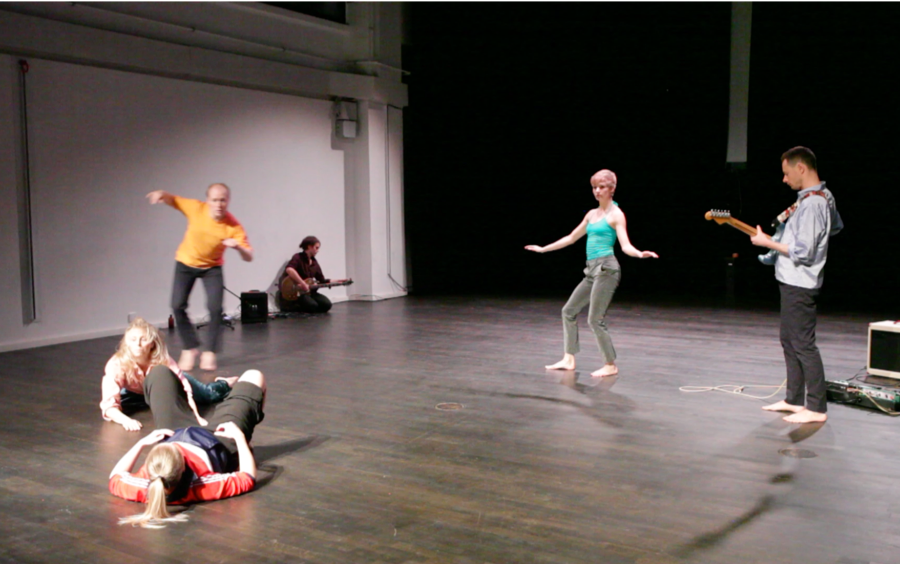 For the first time, on 23 May 2019, Catalysti participated in Art Fair Suomi at the Cable Factory — with a presentation by Paola Livorsi, and a performance by Giorgio Convertito and Libero Mureddu. The event was part of Focus Italia, curated by Lorella Scacco for MUU ry. 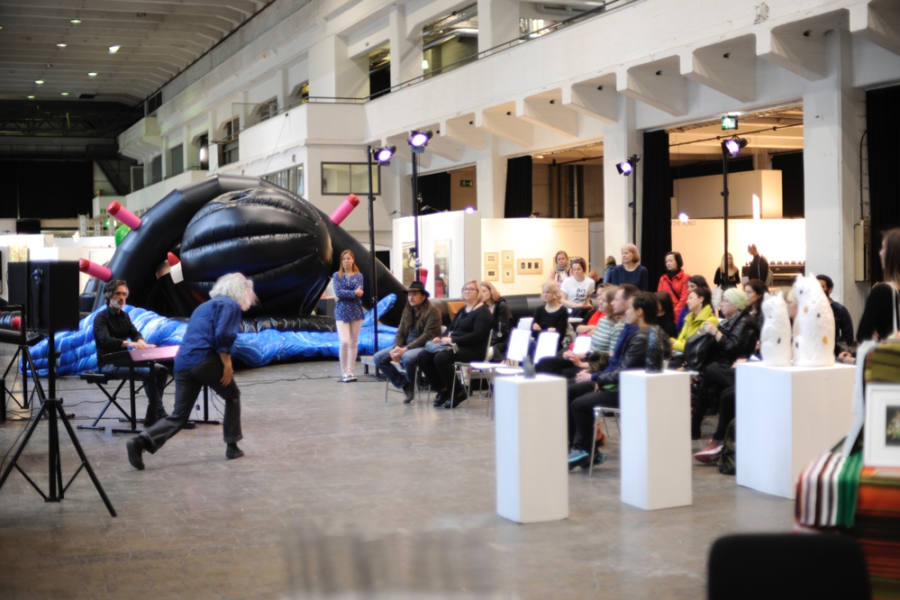 Too Hot For Art was a project curated by Willem Wilhelmus for the World Village Festival in May 2019 — “a two-day cross-artistic performance, where a collective explores and ponders the role of art in a crisis situation” (W.Wilhelmus). Harpist Natalia Castrillón, dancer and circus artist Amandine Doat, sound and performance artist Jaap Klevering, and body artist Vishnu Vardhani interpreted the theme of climate change in many ways.

A panel discussion followed in Lavaklubi, where Willem Wilhelmus, Erika De Martino,  John Fail, and David Kozma, tackled the question from their point of view of transcultural artists. The panel was live-streamed and is still visible here. 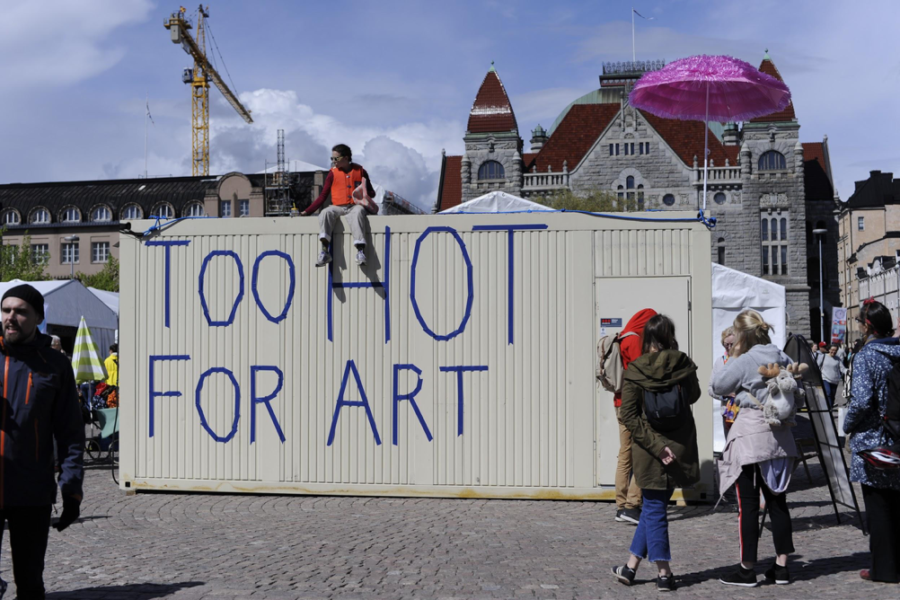 In Can you hear me? passers-by of Espoo railway station bridge had the chance to question, in Ingrian, Russian, or Finnish, a woman evacuated from the territory of Karelia (the actor Lempi Savitskaja): she retold stories from her life in Ingrian, and sang traditional songs from her childhood. 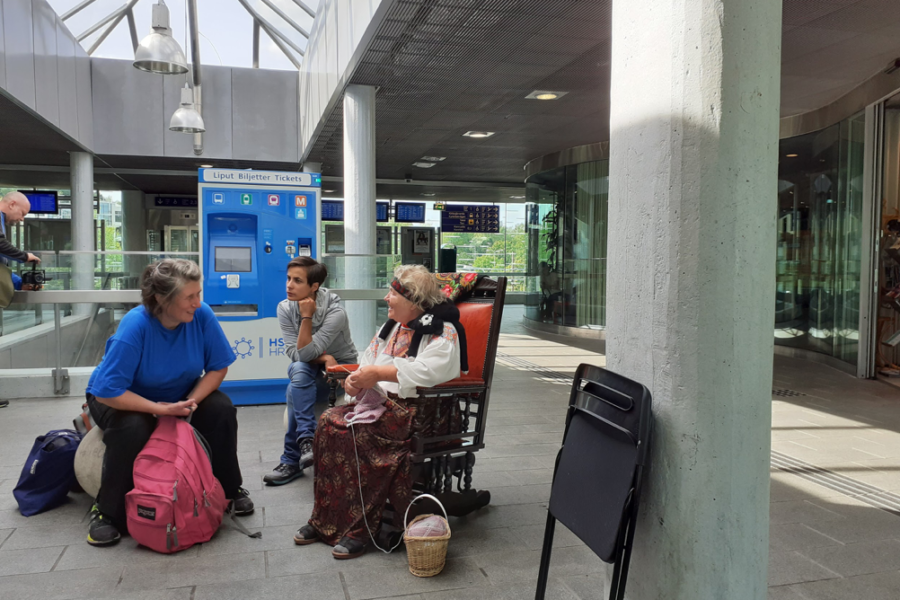 The autumn started with No Labels No Walls, community festival held in the new library Oodi on 23 September 2019.

Catalysti was among the promoters, with Strindberg Laboratory and Kukunori ry. The festival gathered many groups and associations working together to tackle discrimination and inequality.

Catalysti was present with a booth, the workshop Messages of Love (by Rosamaría Bolom, with Violeta Gutiérrez Zamora), and the performance Hogar, dulce hogar (by Tanya Tyniälä, Anu Pulkkinen, and Nadja Pärssinen).

The video spectacle Nulla concluded this year’s program on 13 November, in WHS theatre: based on the play Deportation by the Polish playwright Tomasz Gromadka, Marek Pluciennik’s video spectacle questions the phenomena of immigration and deportation — understood through first-hand experiences of artists who find themselves in this challenging situation. An exciting discussion followed the spectacle. 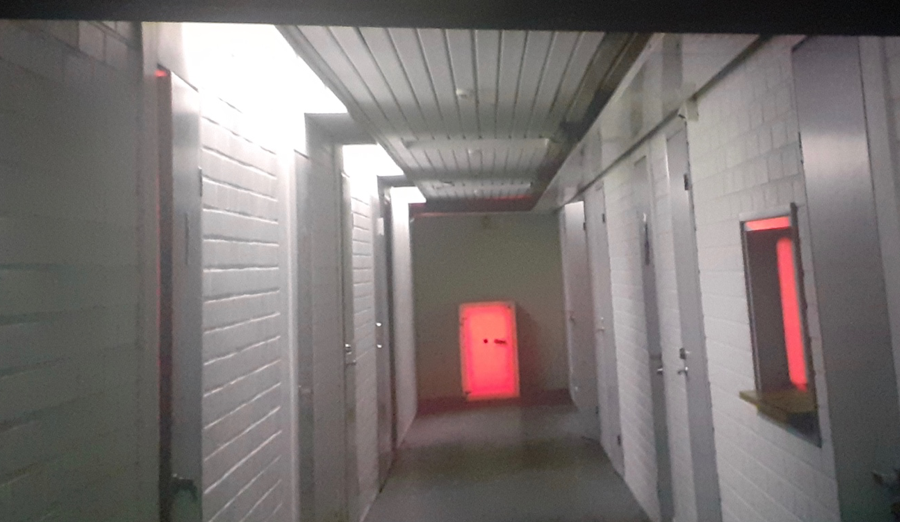 We are looking forward to the second year of Diversity in Art: Art in Diversity, which will include a group exhibition in Cable Factory in autumn 2020. Soon Catalysti website will be renewed, check it out here.

Composer/researcher, and chairperson of Catalysti Association of Transcultural Artists ry